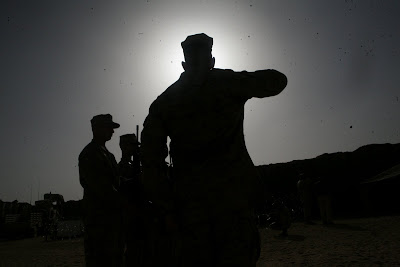 Over the past week, the Department of Defense has released the names of eight Americans killed in Iraq and Afghanistan. The news is not only a painful reminder of the sacrifices being made overseas as we go about our daily lives, but also a call to action. If you live near any of the towns listed below, perhaps you could attend a public memorial event or search your local newspapers to see if the departed warrior's family is asking for assistance. As always, The Unknown Soldiers will also relay this information, when available, in individual profiles of fallen heroes.

Among the names are the first two casualties of Operation New Dawn in Iraq. As reported last week, both soldiers were killed in a shooting incident on an Iraqi army commando base about 130 miles north of Baghdad, which also wounded nine other U.S. service members. Clearly, a new dawn in Iraq, made possible by the blood, sweat, and tears of the United States military and its allies, does not mean danger has faded for our troops.

In Afghanistan, the capture of a key Taliban terrorist was one of many accomplishments by our armed forces in recent days. Yet tragedy has also struck several units on the war on terror's battlefields, as well as six families in different states.

On Saturday, September 11, America paused to reflect on the terrorist attacks that forced us to confront al Qaeda's violence, hatred, and intolerance. For every family member and close acquaintance of these eight fallen heroes, those reflections will continue in the days, months, and years ahead. To support these fellow Americans, let's join together and show them they do not grieve alone.