Quiet patriotism, out of the spotlight 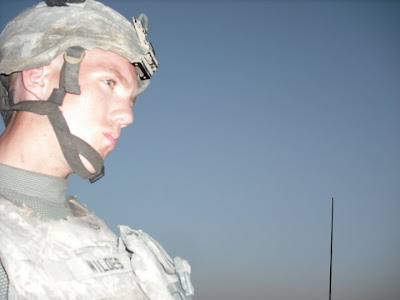 Eight months ago, many Americans were watching continuous news coverage about the death of Sen. Ted Kennedy and the ongoing health care debate. While those stories were important, the national media failed, almost universally, to notice the loss of an American patriot who put his young life on the line for a cause he regarded as greater than himself: Pfc. Matthew Wildes.

The fallen hero's mother, Mary Wildes, kindly reached out to The Unknown Soldiers last week to share some memories of her beloved son. As she explained, the unusually mature 18-year-old probably wouldn't have wanted the spotlight, even in death, because of an intrinsic humility uncommon in 21st century youth.

"He never liked being the center of attention," Mary Wildes wrote. "When Matt was growing up he never liked us taking any pictures of him or his baby pictures in our living room."

Pfc. Wildes believed he was ready to serve his country at age 16, and planned to enlist through the delayed entry program. While his parents were hesitant to see one of their three children deployed to Iraq or Afghanistan, they gave their permission about a year later, and watched him depart for basic training at Georgia's Fort Benning.

Joining the military was harder than Wildes anticipated. Because of stress fractures he suffered in his legs, he was sent home to rest for a month. Despite being frustrated with his injuries, Wildes refused to quit and returned to Ft. Benning, eventually graduating from basic training with a different class. The fierce work ethic, also uncommon at his age, translated to Colorado's Fort Carson, and eventually the battlefields of America's struggle against terrorism.

About two months after arriving in Afghanistan, Wildes was given some time off, and returned to Hammond, Louisiana. While he enjoyed his time at home, even in the south's unforgiving August heat, the young soldier was eager to return to his unit. When Wildes returned to Kandahar Air Base, he immediately volunteered for a dangerous mission.

An article in the Colorado Springs Gazette, published on August 29, 2009, recounts Mary Wildes' final correspondence with her youngest child.

According to the Pentagon, Pfc. Matthew Wildes was killed on August 27, 2009, by an improvised explosive device planted by terrorists. He was assigned to the 1st Battalion, 12th Infantry Regiment, 4th Brigade Combat Team, 4th Infantry Division.

More evidence of the modest warrior's enduring spirit was found by his grieving mother.

"After Matt was killed, I found a baby picture he had hidden behind a big stereo speaker in the corner of our living room," Mary Wildes recalled. "Matt never gave us [an ounce] of trouble."

Pfc. Matthew Wildes, who was buried with full military honors, did not join the Army as a teenager for fame or glory. But his grieving fellow troops made sure his memory was appropriately honored, signing a flag their friend had carried with him from Louisiana to Colorado, and then all the way to Afghanistan. They will never forget the humble hero who was compelled to serve his nation, and neither will we. 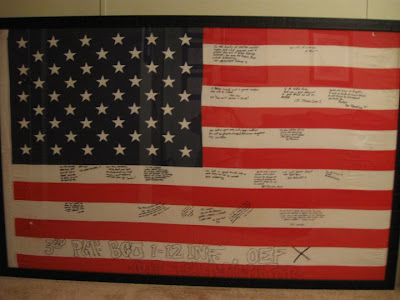 Note: Memorial contributions in honor of Pfc. Matthew Wildes may be made to the Wounded Warrior Project.
Posted by Tom Sileo at 12:43 PM