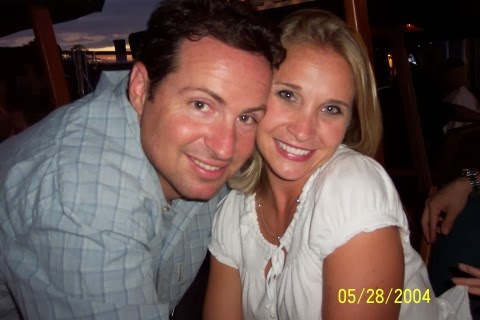 For me, the most moving part of "Lone Survivor," Peter Berg's film based on real events in Afghanistan, comes just before the final credits. As Peter Gabriel's cover of the classic David Bowie song "Heroes" plays, we see photos of not only the real life heroes of the Operation Red Wings mission, but many of their loved ones.

I was particularly touched by the picture of U.S. Navy Chief Petty Officer (SEAL) Jacques Fontan and his wife, Char. Last year, I spoke with this courageous Navy SEAL widow about her fallen husband and his towering legacy.

"People say 'do you think he would have still gone if he knew he wasn't coming back?'" Char said. "And I say he would have."

Eight years after her husband was among those killed trying to rescue four fellow Navy SEALs cornered during the June 28, 2005 battle that is so grippingly portrayed in the movie, Char perfectly summarized the selfless mindset of our country's military community. Since 9/11, less than one percent of our population has carried almost impossible burdens to shield 99 percent of us from having to join the fight.

Some reviews of "Lone Survivor," which opened in the top spot of the North American box office, have accused the film of being a "jingoistic" oversimplification of the war in Afghanistan. The trepidation coming from certain media precincts is predictable, as some journalists are uncomfortable with the age-old concept of good and evil.

The simple truth, with rare exceptions that are usually splashed all over television and computer screens, is that our brave men and women in uniform are good, while members of al-Qaida and the Taliban are bad. In no way does that view advocate, as one reviewer inaccurately and disgracefully suggested, that the movie portrays all non-Americans as enemies. In fact, two of the film's heroes are an Afghan father and son who put their lives at risk.

Having read the book of the same name, written by Petty Officer 1st Class (SEAL) Marcus Luttrell and Patrick Robinson, the ultimate purpose of "Lone Survivor" is to salute America's armed forces and the bold Afghans and Iraqis who have joined the fight against those who terrorize the innocent. One does not have to support either war — or the two U.S. presidents to oversee them — to appreciate the valor of patriots who are willing to sacrifice everything.

The Basic Underwater Demolition (BUD/S) training footage at the beginning of the film is real, and helps illuminate the seemingly impossible obstacles that young Americans must overcome to become Navy SEALs. Having recently visited the Coronado, Calif., compound where hundreds of aspiring warriors tackle BUD/S training with uncommon determination and endless grit, my respect for this noble, tight-knit community is unlimited.

The film's four key actors — Mark Wahlberg (who plays Luttrell), Taylor Kitsch (LT Michael Murphy), Emile Hirsch (Petty Officer 2nd Class Danny Dietz) and Ben Foster (Petty Officer 2nd Class Matthew Axelson) — do an admirable job of portraying SEALs who were not only authentic superheroes, but also men with families and dreams that went beyond military life. While I am often critical of a Hollywood culture that frequently celebrates itself instead of those who make their luxurious lives possible, it is refreshing to see the strong-willed commitment of these artists and their colleagues. They have brought honor to a profession that needs more of it.

I have spoken with too many brave service members, veterans and families of fallen heroes to conclude that "Lone Survivor" is the only story from the wars in Afghanistan and Iraq that deserves a place on the big screen. A documentary called "Murph: The Protector," which portrays the valor of LT (SEAL) Michael Murphy — the Medal of Honor recipient portrayed in "Lone Survivor" — is another film that every American should see.

In "Lone Survivor," the tragic incident that took the lives of Chief Petty Officer (SEAL) Jacques Fontan and his fellow rescuers serves as a key moment. Instead of viewing the sequence like any other special effects-laden movie scene, I hope filmgoers realize that the sacrifices of our military community, which continue to this day, are not being made in some fictional universe. They are real.

Tom Sileo is a nationally syndicated columnist and author of BROTHERS FOREVER: The Enduring Bond Between a Marine and a Navy SEAL that Transcended Their Ultimate Sacrifice. Written with Col. Tom Manion (Ret.) and published by Da Capo Press, BROTHERS FOREVER will be released in May. To find out more about Tom Sileo, or to read features by other Creators Syndicate writers and cartoonists, visit the Creators website.
Posted by Tom Sileo at 9:00 AM