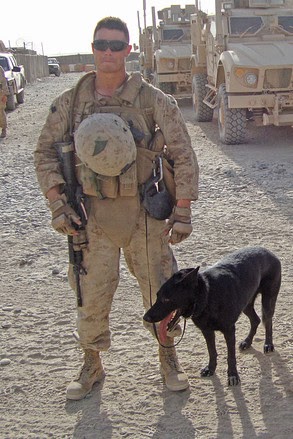 Moments after terrorists set off an improvised explosive device in southern Afghanistan on Aug. 4, 2010, a Marine and his dog clung to life.

"Max's wounds were inexplicable," Julie Schrock said about her son. "(The surgeons) had seen soldiers with far less severe wounds who have died, but he just wouldn't quit."

U.S. Marine Cpl. Max Donahue had already lost both of his legs and would later have his right arm amputated. In addition to wounding another member of his unit, the remotely detonated blast wounded the 23-year-old Marine's trusted military working dog, Fenji.

"Fenji was a new dog, and this was her first deployment," Julie told The Unknown Soldiers. "Max was her first handler, so he worked with her a lot."

In Afghanistan, Max had developed a reputation for shielding those around him. He displayed the same trait as a young boy growing up in the Denver suburb of Lone Tree, Colo.

"He was very protective," Max's mother said. "For many years, I was a single mom, so he, his younger brother and I were a very tight unit."

When al-Qaida attacked the United States on Sept. 11, 2001, Max — like so many volunteer warriors of his generation — became a "fighter" who was determined to defend his country from future attacks.

"I was driving him home from school, and he said, 'You know, Mom, I should be signing up,'" Julie said. "And I said, 'As an American woman, that makes me proud, but as a mom, it makes me scared.'" 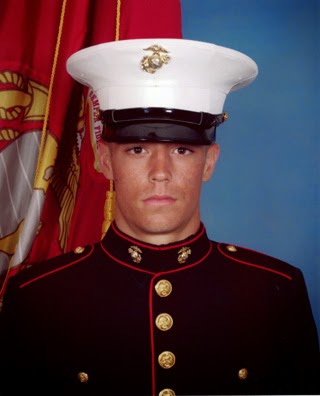 A month after his 19th birthday, Max was headed for boot camp.

"His sweet soul didn't change, but his body was definitely different," Julie said. "He also became much more organized and clean ... when he became a Marine; he followed the code."

When her son deployed to Iraq in 2008, Julie agonized over the possibility that Marines would one day inform her that Max wasn't coming home alive.

"I was very fearful," she said. "I realized that when Max joined the Marines, the whole family joined."

One of Julie's most treasured memories was being surprised by Max after he secretly drove to Denver after returning from Iraq.

"I walked into my office, shut the door, and there was Max," the Marine's mother said.

For the young Marine, it was a great source of fulfillment to become a dog handler and train dogs such as Fenji to search for IEDs that were harming coalition troops and civilians.

"He was very proud of it, and he was very good at it," Max's mom said. "One of his promotions was done meritoriously. ... It was expedited because of his accomplishments."

Soon after Max and Fenji left for Afghanistan on June 4, 2010, Julie quickly realized that the risks were even greater than his previous combat tour.

In the early hours of Aug. 4, 2010, Julie said her son informed his fellow Marines that he and his dog would be taking the lead on a dangerous mission.

"He wouldn't have wanted anyone else to take his place," she said.

After Fenji sniffed out four enemy IEDs, Max lay on his stomach and prepared for a possible firefight. It was then that a terrorist flipped a remote detonation switch.

Max died two days after suffering catastrophic wounds in the blast, according to his mom. Max's wounded teammate survived, as did his loyal dog. 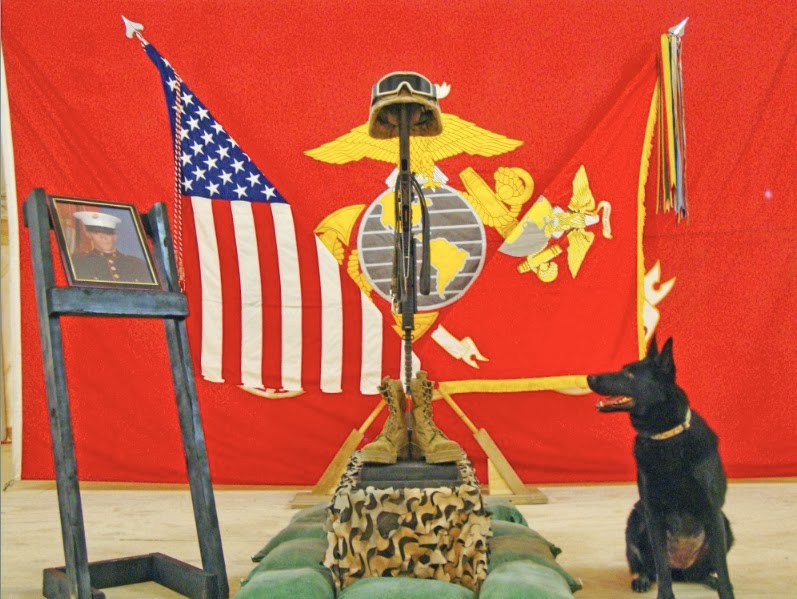 "Fenji had eye damage and hearing damage, but she recovered and has since been deployed," the fallen Marine's mom said.

As Fenji continues searching for roadside bombs, a base in Afghanistan — Camp Donahue — has been named after the dog's fallen handler. The hero Marine's mom, who wrote a book called "Missing Max: Finding Hope After My Marine Son's Death," is also carrying on in honor of Cpl. Max Donahue.

"As a Gold Star mom, one thing that's very important to me is I do want people to remember," Julie Schrock said about the war in Afghanistan, "it's still going on." 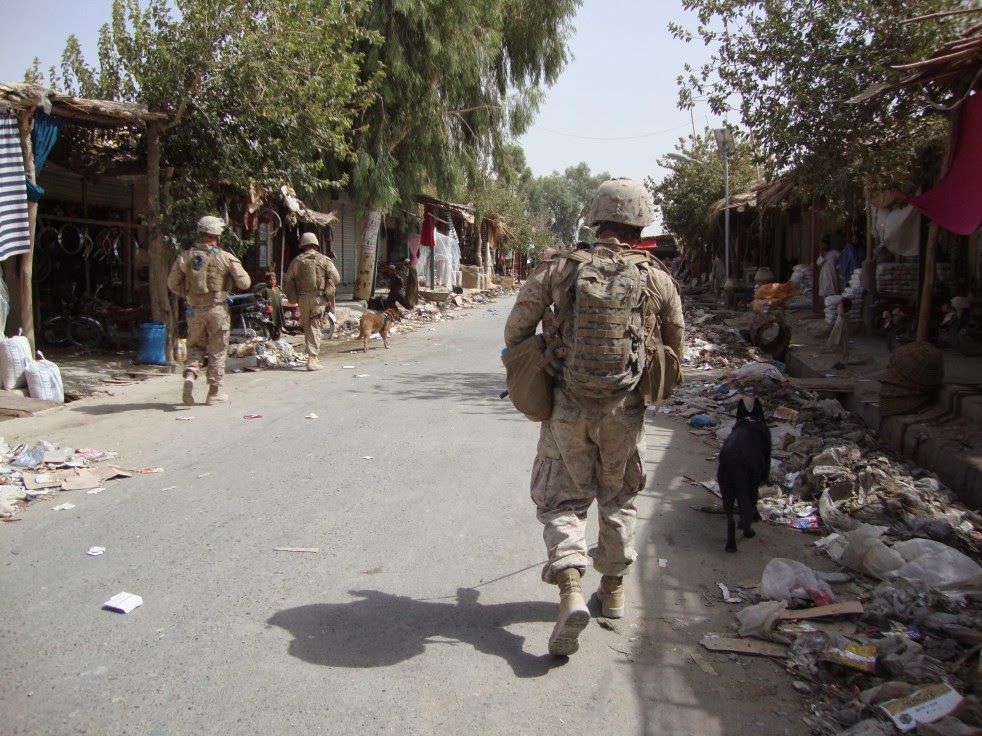 Tom Sileo is a nationally syndicated columnist and author of BROTHERS FOREVER: The Enduring Bond Between a Marine and a Navy SEAL that Transcended Their Ultimate Sacrifice. Written with Col. Tom Manion (Ret.) and published by Da Capo Press, BROTHERS FOREVER will be released in May. To find out more about Tom Sileo, or to read features by other Creators Syndicate writers and cartoonists, visit the Creators website.
Posted by Tom Sileo at 10:00 AM