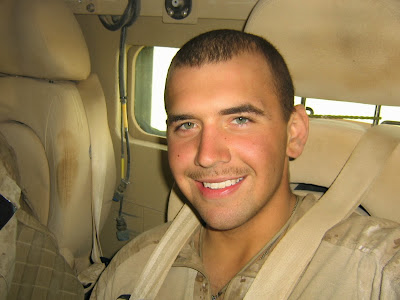 You probably haven't heard of Hico, Texas. With a population of well under 2,000, the city's motto, "Where everybody is somebody," captures its all-American charm.

U.S. Marine Lance Cpl. Shawn Hefner may have lived in a small town, but his dreams were larger than life.

"He was always talking about being a Marine because his dad was a Marine," Shawn's mother, Robin Hefner, told The Unknown Soldiers. She added that her husband, Patrick, retired from the Marine Corps before Shawn was born.

For days at a time, young Shawn would camp alone on a mountain to develop survival skills. He also displayed the toughness needed to become a warrior.

"He didn't want to ruin our evening," Robin said.

Shawn was 14 years old on Sept. 11, 2001. Like so many of this generation's volunteer warriors, he was deeply impacted by 9/11 and refused to let the terrorist attacks go unanswered.

"He kept saying that he had to go over there and take care of it ... that they had come onto our territory," Robin said. "He always wanted to be a Marine, but he had to be after that."

After graduating high school, one bad decision nearly put Shawn's dream out of reach. During a drunken night with friends, Shawn, who planned to spend a year at home in central Texas before enlisting, broke into a country club and stole several cases of beer. As Shawn initially hid from authorities seeking to arrest him, his mom told him it was time to "own" the mistake.

"He turned himself in, went straight to the judge, and told him he wanted to be a Marine," Robin said.

After working three jobs to pay restitution, Shawn, who was placed on one year's probation, was allowed to sign up for the Marine Corps. Less than a year later, Robin was shocked by the transformation of a boy whose immaturity had nearly taken his life off track. 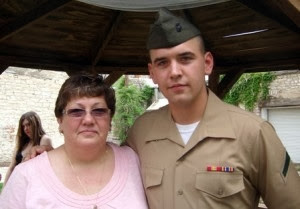 "I was utterly amazed when we went to California for his graduation," she said. "I just thought, 'Oh, my God. He's a man.'"

In May 2009, Robin got another surprise when Shawn called to tell her he was deploying to Afghanistan.

"That's when I jumped on a plane because I had this overpowering urge to see him before he left," the Marine's mother said. "I had to go."

Five weeks later, the worried mom was gripped by panic and hysteria when she received a phone call saying her son had been injured on the battlefield. After six excruciating hours, Shawn was able to call home. While he suffered a concussion in an improvised explosive device attack, Shawn said, he felt fine. 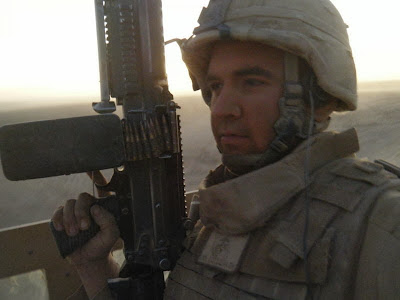 On Nov. 13, 2009, the military mom was opening her front door to receive what she thought was a package with materials for a scrapbook she was making for Shawn.

"Then I saw three uniforms," Robin said. "I went running to the other side of the house."

Moments later, she was informed that Lance Cpl. Shawn Hefner, 22, died after stepping on an IED in Afghanistan's Helmand Province. The next day, the Marine and his unit had been scheduled to leave the war zone.

While the pain was unbearable for Robin, Patrick, and their two surviving children, Hico and other patriotic communities across Texas rallied around their hometown hero.

"It was extremely overwhelming and honoring, and just amazing, to see the impact he had," Robin said four years to the day after her son was buried.

In this small Texas community, everybody is indeed somebody. But Lance Cpl. Shawn Hefner will always be Hico's hero.