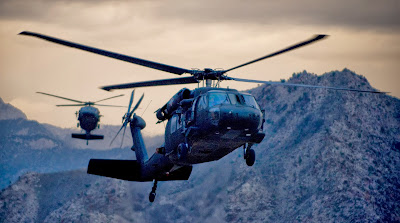 File image courtesy: Staff Sgt. Samuel Morse
Everything sounded different to Julie Johnson on a gray Chicago morning in April 2012. A dripping sink sounded like a waterfall, while a passing subway sounded like a freight train.

"Even though it was quiet, things around me were very loud," Julie, 30, told The Unknown Soldiers.

The next sound was from Julie's phone. A text message from her father-in-law was waiting.

"Have you heard from Nick?" the message said.

"Yes, I talked to him yesterday," Julie responded.

Julie's husband, U.S. Army Chief Warrant Officer Nick Johnson, had been in Afghanistan since January. In the middle of his first combat deployment, the helicopter pilot was flying medical missions in some of the war zone's most dangerous areas. 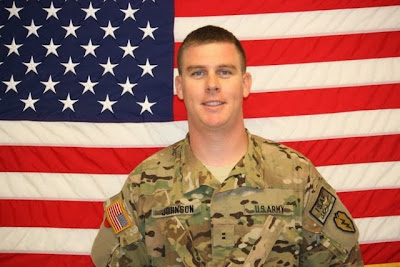 Image courtesy: U.S. Army
While she initially wondered about her father-in-law's text, Julie was confident that nothing was wrong. After all, she could still hear the sound of Nick's voice during the previous day's phone call.

"He told me he was safe, he told me not to worry, and I told him I'd worry anyway," Julie recounted. "He said 'I love you and I'll talk to you when I can.'"

Julie had known Nick since their 6th grade class in Ontario, Calif., when she first admired her future husband's wonderful sense of humor.

"He would make you laugh until your stomach hurt," she said.

As their relationship blossomed through the years, Julie watched Nick become an exemplary husband, soldier and father. On that spring 2012 morning, the next sound Julie heard was the roar of the faucet as she put their 2-year-old son, Nathan, in the bathtub.

"We're OK," Julie would frequently tell herself while Nick was in Afghanistan. "Things will be OK." 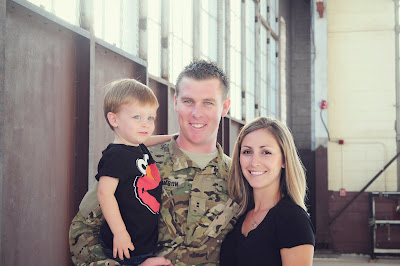 Images courtesy: Julie Johnson
As she watched her son enjoy his bath, Julie heard her cell phone ring. This time, it was her dad. They talked for a few minutes while she continued tending to Nathan.

That's when Julie heard the loudest sound of all. Someone was knocking on the front door of the house, which belonged to her sister. Julie and Nathan, who lived on a Hawaii military base, were visiting Chicago for part of Nick's yearlong deployment.

"I didn't feel good about it," Julie said of the knock. "It was strange to me."

With Nathan still in the bathtub, Julie decided to ignore whoever was at the door. Then came more knocking, which along with the barks of her sister's dogs, prompted Julie to crack the front door open and peek outside.

"It was two men standing in their dress uniforms," Julie said. "At that point, I just immediately knew ... things weren't OK."

After the soldiers asked to speak to "Mrs. Julie Johnson," the military wife initially couldn't bear to hear anything else.

"I offered them something to drink, then got my son out of the bathtub," Julie said. "I think I was just trying to put off hearing those words, even though I knew what they were going to tell me."

Chief Warrant Officer Nick Johnson, 27, was killed in an Apr. 19, 2012, helicopter crash along with three fellow soldiers. Both Nick's dad and Julie's had seen news reports about a chopper accident in southern Afghanistan, which was they checked in that morning.

While the next few weeks were filled with unforgettable sounds, including a 21-gun salute at her husband's funeral, Nick's voice continued to resonate. During one conversation before Nick deployed, the soldier and his wife discussed what to do if he didn't make it home.

"He said that he would want me to move forward in a way that would love and support Nathan," Julie recalled.

Today, when Julie sees and hears her now 4-year-old son, she is reminded of his dad.

"It's almost as if Nick's still here with us, and Nathan's still learning lessons from him," she said. "Daily, we talk about Nick and who he was."

Chief Warrant Officer Nick Johnson loved his family, his country and flying helicopters. He was also one of almost 7,000 Americans to be killed in Afghanistan or Iraq since 9/11.

Julie Johnson and other grieving military relatives are now the voices of our nation's fallen heroes. As they courageously share the stories of their loved ones, it is our duty to listen. 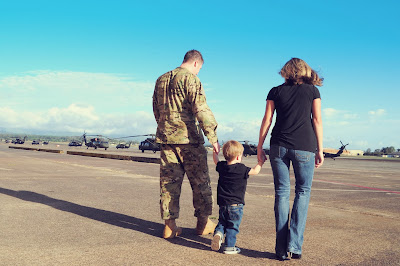