The Man He Became 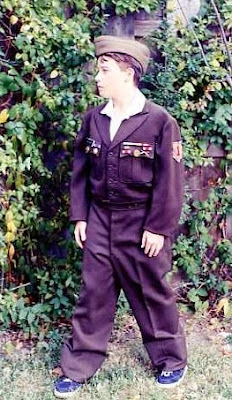 Before Alex Funcheon became a soldier, he was a high school dropout.

"He was a handful," Alex's father, Bob Funcheon, told The Unknown Soldiers. "He got involved with drugs ... it messed him up."

After quitting school, Alex, who grew up in Wichita, Kan., quickly found himself broke and in trouble with the law. That's when he turned to a lifelong source of inspiration.

"He was always interested in the Army ever since he was a little boy," Alex's mother, Karen Funcheon, said. "His grandfather served in World War II ... he landed at Normandy."

Alex "didn't enlist because of 9/11," according to his dad, but because he recognized that when it came to turning his life around, time was running out.

"He wanted to earn his spurs," Bob said. "He wanted to live up to the expectations of a professional soldier."

After initially struggling with the rigors of boot camp, Alex surprised his parents by earning the reputation of a serious young warrior, rather than the irresponsible partier of his youth. 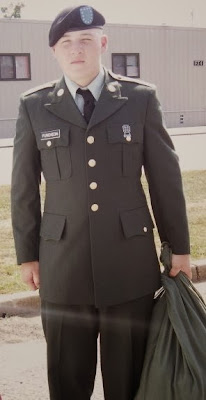 "It just showed that he was really starting to figure things out," Alex's dad said. "(The military) allowed him to start becoming the man he was meant to be."

On the eve of the military's troop surge in Iraq, U.S. Army Sgt. Alex Funcheon spent a night with his parents before deploying in the fall of 2006.

"I'm not scared of dying," Alex told his dad. "I'm scared of letting my friends down."

"He was very loyal ... he would never 'rat' on anyone," his mom said. "Everybody just loved him."

"He always took care of his friends, and that carried over to the military," Alex's dad added.

As a soldier, Sgt. Funcheon made sure to keep in touch with his parents, who worried every day about his physical safety and emotional well-being. Their fears escalated around the 2006 holiday season, when Alex didn't contact them for almost three weeks.

"Then we found out that there was a Humvee that had blown up in his area, and he was part of the detail that was there to clean up after it," Bob said. "I can only imagine how that affected him."

When it became clear to Bob and Karen that their only son was experiencing some of war's most visceral horrors, they worried he would return to Kansas with wounds, including the kind nobody can see. 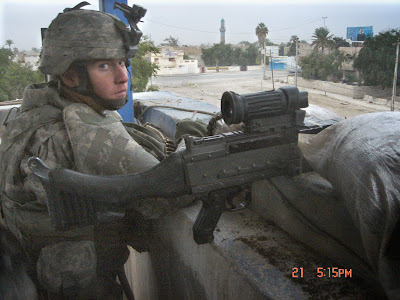 "The more I learned about (post-traumatic stress), the more I realized that he probably would have come home with that," Alex's dad said. "Even though I knew he could die, I never really expected that."

Bob was out playing golf on April 29, 2007, when his wife had an encounter that every military mother was dreading during that violent spring of war in Afghanistan and Iraq.

"I heard this big old knock on the door," Karen said. "I turned the corner, saw the window and saw the two uniformed men standing there.

According to the Pentagon, Sgt. Alex Funcheon, 21, was killed when an explosion tore through his vehicle in Baghdad. Two fellow Americans died at Alex's side, along with an Iraqi interpreter. The Funcheons later learned that one U.S. soldier survived the attack.

"My initial response was disbelief," said Bob, who will always remember his wife's frantic phone call.

For Bob and Karen Funcheon, as well as their surviving daughter, the last six and a half years have been filled with surreal moments, including a funeral attended by over 1,000 people and an Air Force One meeting with President George W. Bush. They've also been haunted by painful dreams of what could have been.

"He started living up to his abilities," said Bob Funcheon as his voice cracked with emotion. "The toughest part for me is that I'll never meet that man he had become."

As politicians insist that America's post-9/11 conflict is "winding down," it's easy to set aside the sacrifices made in Iraq and Afghanistan. The words of a grieving family remind us to never forget.

"He wasn't a number," Karen Funcheon said. "He was our only son." 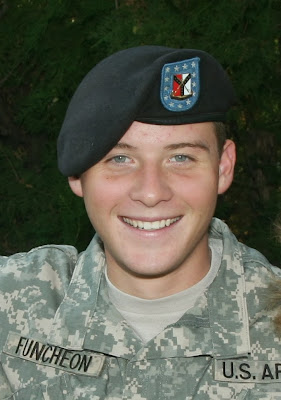