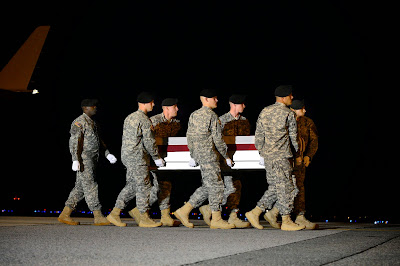 Ten days after losing her son in Afghanistan, Beth Strickland Funk was trying to make sense of an unthinkable tragedy.

"We're all in shock," the grieving mother told The Unknown Soldiers on Oct. 1. "We're all just kind of walking around dazed and confused."

The last time Beth spoke to her son, "he was fine." Sgt. Joshua Strickland, who was called "Jay" by family and friends, seemed to be coping well with the strains of a tough combat deployment.

"He would talk about his family and getting the job done," Beth said. "He didn't sound stressed."

Then, without even the slightest hint of foreshadowing, everything changed.

Sergeant Strickland was born with a twin brother. From that day forward, he seemed to form a close bond with almost everyone who crossed his path.

"Everyone loved Jay," his mom said. 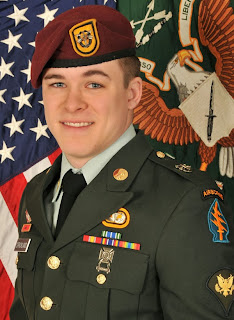 Jay went to high school in Georgia before his parents moved to Texas in 2008. He joined the U.S. Army that June, and after extensive training, became a Special Forces warrior stationed at Joint Base Lewis-McChord in Washington State.

"He was just an amazing young man," Beth said.

Before leaving for Afghanistan in April, Jay got married and was helping raise three children.

"This was his first full deployment being in Special Forces," the soldier's mother said.

With another son serving in the U.S. Marine Corps, Beth embraced life as a military mom.

"I knew from the moment our boys were born that they would do something big," she said of her four sons.

In late September, Beth's husband, Jim, was mowing the lawn when he suddenly came inside with tears in his eyes. After opening the door, Beth saw two fully uniformed soldiers.

"I fell to the ground and started crying before they even said anything," she said.

According to the Pentagon, Sgt. Strickland, 23, was conducting range training on Sept. 21 in eastern Afghanistan's Paktia Province when his unit was attacked with small arms fire. He was killed alongside Staff Sgt. Liam Nevins, 32, and Staff Sgt. Timothy McGill, 30.

While numerous media outlets have reported that the attack was carried out by a man wearing an Afghan National Army uniform, a NATO news release said the incident is under investigation.

"We're all going back and forth between the anger and the grieving," Jay's mom said.

When we spoke, Beth was still preparing for the funeral of her son, whose flag-draped casket returned to American soil on Sept. 23. But she was already thanking supporters in Texas, Georgia, Washington state and around the country for showing so much love to her family.

"I'm just amazed by how many people have come out," she said. "Just last night, I came outside and saw two (American) flags in my yard."

In addition to the devastating impact on Jay's wife and children, one of the hardest aspects of the tragedy for Beth has been explaining the soldier's passing to his little sister. As Beth struggled to share the terrible news, her youngest child said that she'd just had a dream about Jay.

"I think that was God's way of letting me know that she understands," Beth said.

Still, it's hard to make sense of another wartime tragedy that robbed three American families of such selfless, heroic young men. But as Beth mourns the loss of her son and his brothers in arms, she is also thinking about the thousands of men and women still serving in harm's way.

"This has just brought home to so many people that we still need to be praying and paying attention ... and praying for our soldiers and their families," she said.

As the conflict in Afghanistan enters its 13th year, Beth Strickland Funk's words should inspire the nation for which her son sacrificed everything to defend. While thinking about war is difficult, we must honor Sgt. Joshua "Jay" Strickland and his courageous family by paying more attention. 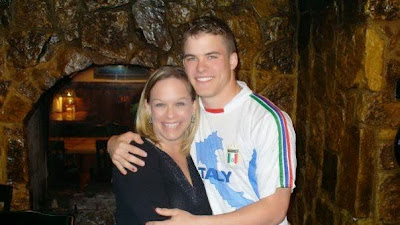