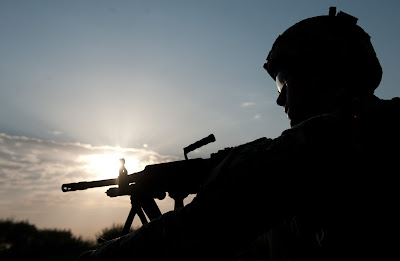 The war in Afghanistan is far from over. While too many at home have moved on, thousands of brave men and women from our cities and towns are still in harm's way.

"The United States is incredibly blessed with generations of uniformed service men and women, inextricably linked to a legacy born in the Declaration of Independence by our forefathers," U.S. Army Brig. Gen. Mike Wehr wrote to The Unknown Soldiers from Afghanistan in August.

Every day, Brig. Gen. Wehr, who has been serving in uniform since the Reagan administration, sees the hard work of U.S. troops up close. He also has great admiration for the Afghan people, who have spent decades living in a war-torn land.

"Today our nation's sons and daughters set the example of selfless service for a generation of Afghans who are also dying for their country," the general wrote.

After more than a decade of war, enemy improvised explosive devices are the biggest threat to U.S. and coalition troops, as well as Afghan men, women and children. On Aug. 6, another American soldier — Spc. Nick Welch, 26, of Mill City, Ore. — died from wounds suffered in an IED attack.

"Our hearts go out to the victims — each came to Afghanistan to make a difference and we are deeply indebted for their sacrifice," Wehr wrote. "As military leaders, we take every casualty seriously, and the IED, in its countless forms, proves to be a challenge."

The general, who also served in both Iraq wars, is determined to make further progress against the IED threat before the conclusion of the U.S.-led combat mission in Afghanistan. 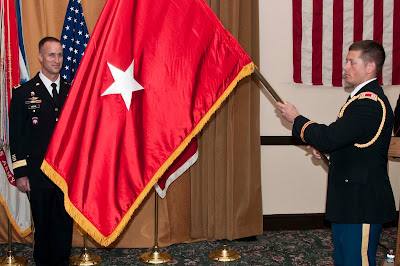 "We continue to improve our technology, our tactics and our institutional training to leverage information gained from the enemy," Wehr wrote. "We have made vast improvements in all aspects of IED mitigation to include our armored vehicles, our hand-held tools and detection methods, as well as integrating a wide arsenal of electronic tools and counter measures."

Wehr, who grew up in a military family and now calls California home, is closely monitoring and supervising the effort to rid Afghanistan of the IED threat and its horrific consequences.

"Specific for counter-IED, we have over 200 trainers, military and civilian, across the country, teaching everything from basic counter-IED awareness to advanced IED defeat techniques," the general wrote. "Currently, the Afghan forces integrate counter-IED training into all of their basic military and police training courses."

While there have been major issues working with Afghan forces — the most serious being "insider" attacks on U.S. troops — military leaders like Wehr are confident that the country's military will soon be ready to battle the Taliban and al Qaeda on its own.

"The Afghan National Security Forces are already in the lead for 93 percent of all operations, including (counter-IED missions) such as route clearance," Wehr wrote. "I am confident that through continued support from the coalition and international community, through advising and funding beyond 2014, that Afghan forces will increasingly counter the threat."

Wehr cites economic growth, road construction, the establishment of communication networks and education advancement as evidence of progress made by U.S., Afghan and coalition forces.

"Access to education has improved, with more than eight million children in school, of which over three million are girls," he wrote.

Military leaders like Wehr understand how much American blood and treasure have been sacrificed in Afghanistan since the 9/11 attacks.

"The United States is a leader within NATO and will not walk away from Afghanistan upon the completion of our combat mission at the end of 2014," the general wrote. "We have invested greatly in Afghanistan over the past decade, and we are determined to build upon our hard-fought gains."

Almost twelve years after the war began and long since much of the public stopped paying attention, Wehr is amazed by the heroism and sacrifice of the courageous American sons, daughters, husbands, wives, fathers and mothers who spend many months away from their families to serve during wartime.

As selfless patriots from our communities continue serving in Afghanistan, it's up to us to notice. 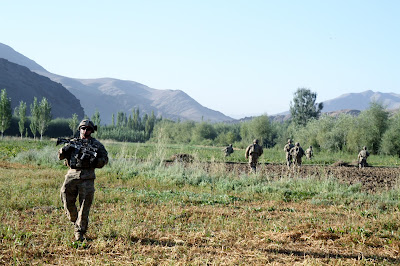