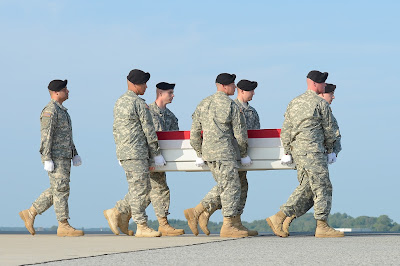 On Aug. 31, Staff Sgt. Joshua Bowden was busy doing what thousands of American troops are still doing in Afghanistan. He was risking his life in a dangerous, faraway place.

According to the Pentagon, Staff Sgt. Bowden, 28, was killed that same day when enemy forces attacked his U.S. Army patrol. The fallen Villa Rica, Ga., soldier will be laid to rest at Arlington National Cemetery by his grieving family and friends.

While the debate over taking military action in Syria continues to unfold, I feel like we are trapped in the twilight zone. As the speeches, punditry and protests get louder and lengthier, do most Americans even realize that our countrymen are still fighting and dying in Afghanistan?

During heavy Syria coverage on cable news, there has been scant mention of daily events in Afghanistan, including the deaths of unselfish patriots like Bowden. This is no surprise, as the national media, for the most part, long ago dismissed its obligation to vigorously report on America's lengthiest post-9/11 conflict.

Even more troubling is the almost complete lack of recognition by many of our nation's public representatives, which along with the media's dereliction of duty, has trickled into our national psyche. If our leaders aren't talking about Afghanistan, some might ask, why should we?

Just four days after the combat death of an American soldier in Afghanistan, Secretary of State John Kerry appeared before the Senate Foreign Relations Committee to testify about the Obama administration's Syria policy.

"Now, I remember Iraq," the former U.S. Senator and 2004 Democratic presidential nominee said on Sept. 3. "Secretary (Chuck) Hagel remembers Iraq. General (Martin) Dempsey remembers Iraq. But Secretary Hagel and I and many of you sitting on the dais remember Iraq in a special way because we were here for that vote."

I'm glad the Secretary of State remembers Iraq. But when I searched Kerry's 2,724-word prepared remarks for any mention of the war still involving thousands of brave men and women and their families, "Afghanistan" was nowhere to be found.

The purpose of this week's column is not to attack one politician or political party. It's to highlight the fallacy of a vociferous debate about using military force in Syria while virtually ignoring the war in Afghanistan, where our nation's military community continues to serve with awe-inspiring selflessness. 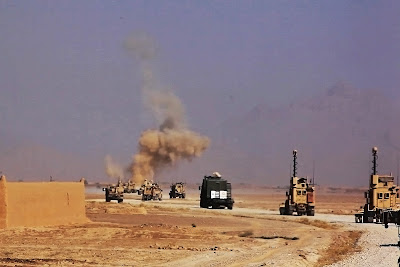 Almost every day I speak to families of the fallen Afghanistan and Iraq war veterans and active duty U.S. service members. In early September, I received a Facebook message from a grieving mother on the anniversary of her son's death in Afghanistan.

"Today is very difficult," she wrote. "It's one year today. And it's becoming reality."

Every military family's reality is different. Some have lost loved ones. Some have seen their loved ones wounded, physically and/or emotionally. Some anxiously await their loved one's return from Afghanistan or an overseas base. Some worry that their 18-year-old son or daughter, who was in kindergarten or first grade on 9/11, will soon end up fighting and bleeding in a war-torn land like Syria.

Approximately 99 percent of us, including myself, do not serve in uniform. Some of us live our lives without any connection to what's been happening for the last 12 years in Afghanistan or what happened for almost nine years in Iraq.

U.S. Army Staff Sgt. Travis Mills, who I met last year at the Walter Reed military hospital in Bethesda, Md., has no such luxury after losing his arms and legs during an Apr. 10, 2012 roadside bomb attack in Afghanistan. Staff Sgt. Mills, his wife and their young daughter have shown incredible courage during the 26-year-old soldier's difficult rehabilitation.

"These things happen," the fallen Navy SEAL's wife said. "You just think it won't happen to you."

No matter what happens in Syria, we cannot overlook the impact another conflict would have on a military community that is still fighting a war in Afghanistan. Ebbert, Mills and Bowden are not names on a list, but American heroes that our politicians, journalists and citizens should remember every single day. 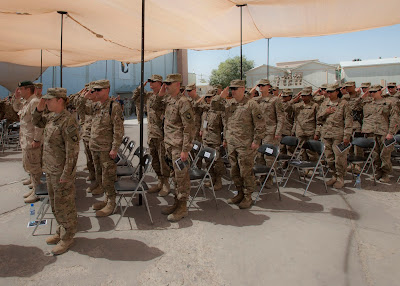