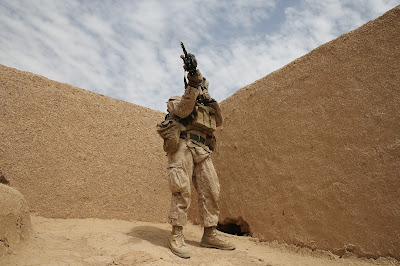 "I knew I wasn't ready for college, so I wanted some discipline," Cpl. Scarborough said.

Today, Scarborough is a U.S. Marine patrolling some of the world's most perilous terrain. He's deployed to Afghanistan as a military journalist documenting some of the war's final months.

"I took a photography class in high school, and I was actually going to go to college for photography," Scarborough told The Unknown Soldiers from Afghanistan in August. "When I told my recruiter that, he told me I could do it in the Marine Corps."

Scarborough, 23, is a long way from his hometown of Currituck, N.C. During his second deployment to Afghanistan, he's accompanied Marine units that are hunting terrorists, finding improvised explosive devices and seizing weapons in areas like Helmand Province, where so many Americans have served and sacrificed since 9/11.

"The hardest part of doing this job is getting in and earning the trust of the unit that you're going out with," the military journalist said. "It's hard to work around with them and get them to let you do certain things if they don't trust you."

One set of photos sent back home by Scarborough on July 23 shows U.S. Marines and military working dogs patrolling a southern Afghan village with troops from the former Soviet republic of Georgia. From the language barrier to the ongoing Taliban and al-Qaida threat, one can only imagine the challenges U.S. and coalition forces still face in Afghanistan. 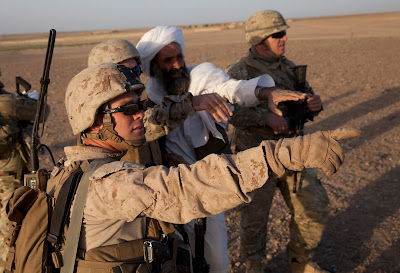 "It's calmed down a lot out here," he said. "It's been pretty good and calm, and everything's been going smoothly."

Like thousands of fellow Americans still serving in Afghanistan, relative tranquility could be shattered at any moment by an IED blast or Taliban sniper attack. But during our conversation, I heard no fear in the young Marine's voice.

"It's awesome," Scarborough said of his duties in Afghanistan.

Instead of hanging out in the small beach community he calls home, Scarborough communicates with family and friends by satellite phone, email and Facebook. Instead of hugging his mom on Mother's Day, he had to send her a video greeting from the U.S. Marine base at Camp Leatherneck.

Despite the hardships, the young Marine is not complaining about spending another year away from home.

"I love doing what I do," Scarborough said. "It's probably one of the cooler jobs out there to do in the Marine Corps because you can see every aspect of the Marine Corps." 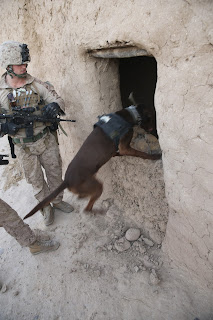 Another set of Scarborough's photos shows American troops and military working dogs clearing huts of enemy weapons. After Marines kicked in a makeshift doorway of one empty mud hut, one dog can be seen climbing into the tiny building to search for IEDs.

"Being out here with these guys ... it's good," Scarborough said. "I'm glad to see that the young guys, even though it may be the last deployment for a lot of these guys ... that they get to see what it's like and get the real-world training."

Very few Americans live in the world that Scarborough has been documenting for the better part of two Afghanistan deployments. While some are still paying attention to the war, many don't even realize there is still an active conflict involving thousands of U.S. boots on the ground.

The same day I spoke to Cpl. Geoffrey Scarborough, the Pentagon sent out a news release about U.S. Army 1st Lt. Jason Togi, who was killed in an Aug. 26 IED attack in eastern Afghanistan. From his fellow troops in Afghanistan to his family and friends in American Samoa, 1st Lt. Togi is being saluted and mourned.

Between now and the scheduled conclusion of America's combat mission in Afghanistan next year, I hope more Americans will choose to live in the real world. It's the very least we can do to honor the brave men and women who give us the luxury of choosing whether or not to care about the war they are still fighting. 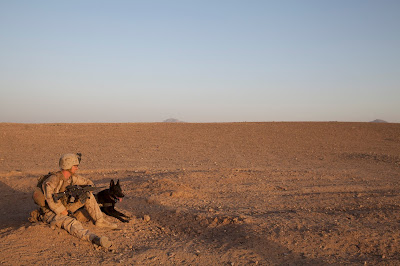