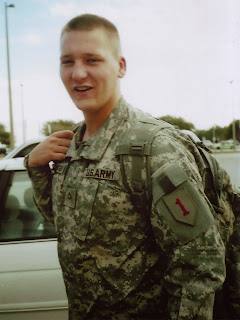 "A journey is a person in itself; no two are alike," John Steinbeck wrote in "Travels with Charley: In Search of America." Indeed, when it comes to the thousands of military families impacted by 9/11 and the wars that followed, every story is unique.

On one busy 2005 day, Ami Neiberger-Miller was catching a bus when one of her three younger brothers, Christopher, called and told her he was joining the U.S. Army.

"I said to him at the time: 'It's a very honorable thing to do,'" Ami told The Unknown Soldiers. "But I was concerned that he would go to Iraq, and his response to me was, 'Of course I want to go to Iraq.'"

Despite fearing for his safety, Ami admired Chris' desire to serve his country no matter where he was needed.

"He was in high school when 9/11 happened," she said. "(It) influenced him seeing that and realizing that our country was going to war."

After graduating high school in Gainesville, Fla., Chris enrolled at Florida State University instead of the University of Florida, which several family members attended. Even though the Seminoles and Gators are archrivals, the Neiberger family remained as tight as ever.

"The idea of brotherhood and camaraderie in the military really appealed to him ... being part of a team," Chris' sister said. "Growing up, he was always part of a team." 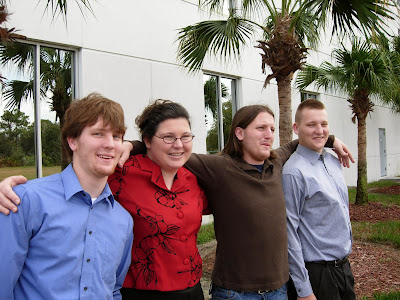 After training at Georgia's Fort Benning and first deploying to Germany, Spc. Christopher Neiberger left for Iraq in September 2006. Even as the young soldier battled insurgents and terrorists on Baghdad's war-torn streets, he would always make time to let his family know that he was safe.

"He would call us pretty regularly," Ami said. "I didn't realize until later the lengths he went to call us."

When Ami asked her brother what a typical day in Iraq entailed, his responses were often jarring.

"Well, we'd basically patrol and wait for someone to shoot at us," Chris said.

Even as the combat deployment stretched into its eleventh month, Chris was upbeat about his job and spoke of studying to become a teacher, like his father, after returning home.

"I would mail him history books to Iraq," Ami said. "He very much loved philosophy and ideas, and I think even in Iraq, he still tried to keep that part of his life."

On Aug. 7, 2007 — four days after Chris' 22nd birthday — Ami received a troubling voicemail from her mother. After being unable to get through, she made a frantic call to her aunt.

"(My aunt) told me that (Chris) had been killed in action and wouldn't be coming home," she said. "I dropped my phone, started screaming and ran out of the house."

According to the Pentagon, Chris was killed in Baghdad on Aug. 6, 2007, by an enemy improvised explosive device. His death was a pulverizing blow to Ami, her family and their northern Florida city.

"When a death happens in service to your country, it's not just your loved one," Ami said. "It's also the holding up by the community of your loved one as a hero." 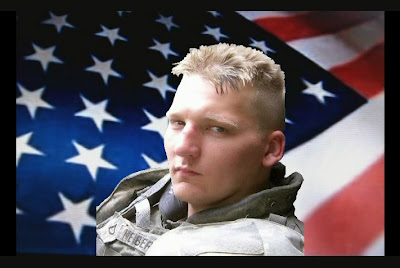 After using her public relations background to handle a flood of media requests following her brother's death, Ami went on to become a public affairs officer at the Tragedy Assistance Program for Survivors (TAPS), which comforts and cares for loved ones of fallen U.S. troops.

"I want to be identified as part of this community of people who have paid this price for their country," Ami, now 42, said. "The experience of loss for families now in the military is very different than previous wars."

Even though Spc. Christopher Neiberger died more than six years ago, his spirit endures through the work of his only sister.

"He could have been a writer, a playwright, a teacher or anything, but we'll never know because his journey stopped," she said. "It stopped in Section 60."

When Ami Neiberger-Miller visits her brother in Section 60 of Arlington National Cemetery, she is heartbroken, proud, and deeply inspired.

"I want to share what my brother gave this country," she said. "Because he gave something amazing." 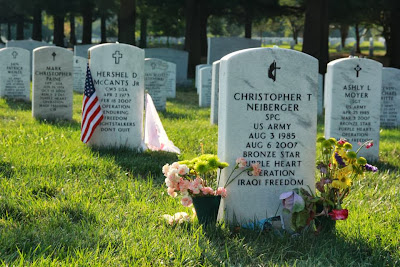