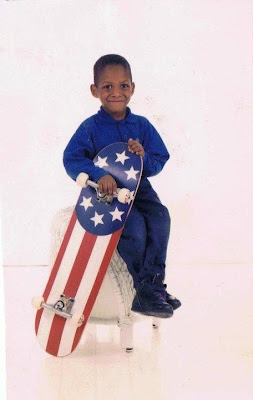 Nearly a decade before Lance Cpl. Kielin Dunn raised his right hand and swore to defend the United States, he knew which uniform he wanted to wear.

"He chose the Marine Corps — that path — when there wasn't a war going on," Lance Cpl. Dunn's mother, Terri Dunn-Campbell, told The Unknown Soldiers. "After 9/11, he maintained that position."

"As a military family, we adapt and overcome," Terri said.

Kielin joined the JROTC program at his Chesapeake, Va., high school and began studying the culture of Afghanistan.

"He definitely wanted to serve first, prior to any other endeavors," Kielin's mom said.

As always, Kielin was smiling when he finished boot camp.

"I knew first-hand what would happen if Kielin joined the infantry," Terri said. "I knew there was a great chance that he would (get) his orders and be sent to a war zone, whether it was Afghanistan or Iraq."

Terri asked her son about the possibility of going into harm's way.

"Should I die, Mom, just remember this," Kielin continued. "(Remember) that I died with honor."

The young Marine soon deployed to Afghanistan, where he quickly became close with his unit.

"He was their source of energy and entertainment as well," Terri said. "He was a fantastic break-dancer." 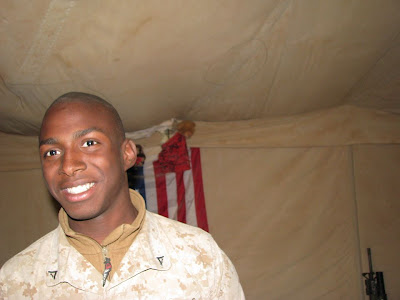 While Kielin was smaller than some fellow Marines, he excelled in his daily duties.

"Kielin was the sort of guy that if he was good at something, he didn't gloat," his mom said.

Kielin's unit patrolled Afghanistan's volatile Helmand Province, which sometimes prevented him from calling home. Adding to the challenge for Terri and her two younger children was that her husband deployed to Africa just a week after Kielin left for Afghanistan.

When Kielin called home in February 2010, he hesitated to talk about a recent, very violent encounter with the enemy.

"I know that you're in harm's way, and you know that we all love you and that we are thinking of you," Terri told her son. "Your father is also standing up for America, and we're standing up as a family, as we always have."

Before hanging up, Kielin told his mom he loved her.

"It was a somber conversation," Terri said. "I understood in the tone of his voice that he was concerned ... not for him, but more for me."

"It's rough over here," the Marine wrote. "But I've got to stay strong for my boys."

On Feb. 18, 2010, Lance Cpl. Kielin Dunn, 19, was killed while supporting combat operations in southern Afghanistan, according to the Pentagon. Terri would later learn what her son chose to do during his final moments.

"He died fighting next to another Marine who was hit," she said. "He could have retreated, but Kielin kept fighting. He went down defending his fellow Marine." 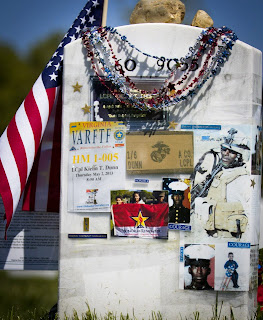 With her husband traveling home from Africa, it was up to Terri to fly to Dover, Del., and meet her son's flag-draped casket. While Kielin's death was devastating and tragic, Terri was determined to adapt and overcome.

When Terri takes her family to Section 60 of Arlington National Cemetery to visit Kielin, she sees the resting place of a courageous young man who sacrificed his life for others.

"He gave," Terri said. "And when I say he gave, I mean that he gave in every sense of the word. "He was selfless."

Every day, Terri Dunn-Campbell is inspired to know that there are others still willing to give.

"It is a choice for anyone to raise their right hand and swear to serve this country and to understand they're doing it in a time of war," she said. "It speaks volumes, and it should to any of us as Americans." 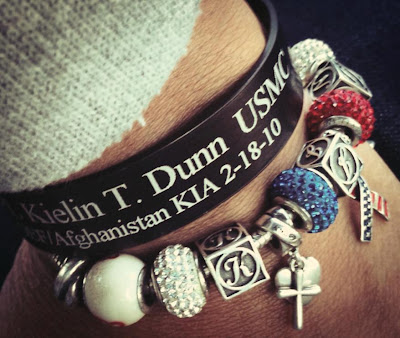