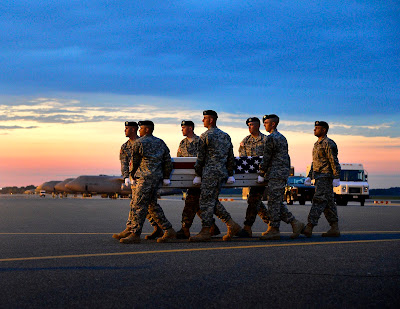 "First there was a shock, and then I felt numb," Sonja Stoeckli, mother of U.S. Army Spc. Kyle Stoeckli, said. "It's even physical ... it's a physical pain that's stabbing inside of my heart."

Before Sonja's 21-year-old son left for Afghanistan late last year, he got two tattoos. The first was on his heart.

"It says 'I sustain myself with the love of my family and thrive off the support of my friends,'" Spc. Stoeckli's mother said.

Since he was a little boy, Kyle and the Army always seemed like a logical fit.

"He always liked the military," Sonja said. "His real decision was when he came out of high school ... that's when he said 'I definitely want to join the Army.'"

After Kyle announced his intention to enlist, his mother's relatives, who live in Switzerland, asked Sonja why she didn't try to talk her son out of his decision.

"That's his passion, that's what he wants, and that's his life," she said. "That was his will: to go into the Army and serve for America."

Kyle, who grew up in Chesterfield County, Va., near Richmond, spent time with his mom, dad, and older sister before deploying to Afghanistan. When he left, the young soldier was confident in his ability to complete a very difficult mission. 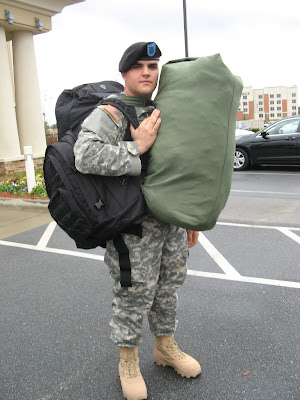 "He just knew he had a job to do and he did it," Kyle's mother said. "He didn't hesitate at all."

Every two or three weeks, Kyle would call his mom with enthusiastic updates about the accomplishments of his unit while patrolling volatile southern Afghanistan.

"He was soldier of the month in either February or March because (his commanders noted) what a positive outlook he had," Sonja said. "His smile and his positivity were contagious throughout the platoon."

On May 30, Kyle called home and gave his mom the best news that any parent with a son or daughter at war can possibly hear. In just a few days, the platoon would pack up and leave Afghanistan.

Two days later, Sonja was standing across from two Army officers with Kyle's father. They informed both parents that their son was dead.

"I just couldn't breathe anymore. ... I broke down," she said. "Then, of course, we had to call our daughter too, which I knew would be horrible."

According to the Department of Defense, Spc. Kyle Stoeckli was killed on June 1 by an improvised explosive device planted by enemy fighters. The Fort Bliss, Texas-based soldier was posthumously awarded the Bronze Star for the courage he displayed in combat.

"He saved a lot of lives," Sonja said. "There was one soldier at Fort Bliss who said Kyle went beyond his fears and did what he had to do."

Sonja, who spoke to The Unknown Soldiers six weeks after Kyle's death, was overwhelmed with gratitude for the support her family has received.

"In every way, it was enormous," she said. "It felt like Kyle brought the whole community together."

The Kyle P. Stoeckli Memorial Scholarship Fund has already been established to carry on the soldier's selfless legacy.

"I want people to remember him as a really charismatic, loving guy who always smiled and always brought the smiles out on everybody's faces," Sonja said.

Hopefully, as many Americans enjoy their summers, the enormous sacrifices of the brave men and women still serving in Afghanistan will stop fading into the sunset.

"The reality, the longing and the pain is really expanding," Kyle's grieving mother said. "Once all the crowds and (events) are over, that's when the real awareness and the real pain sets in."

Spc. Kyle Stoeckli's second tattoo was a Bible verse: John 15:13. In many ways, it represents the heroism of our troops and their families.

"Greater love hath no man than this, that a man lay down his life for his friends," the tattooed verse said. 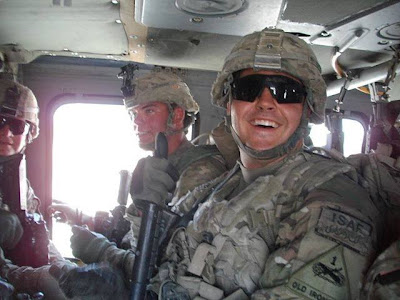