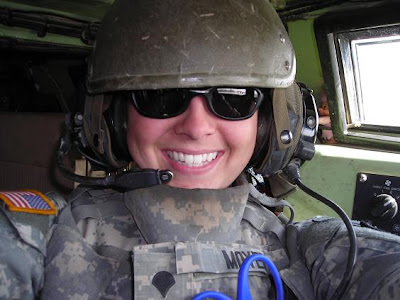 "It's very much burned into my memory," he told The Unknown Soldiers.

After returning at dusk from his customary Saturday evening run, Mike, who turned on the television but left the lights off while heating up some chicken and rice, heard a surprise knock at the door. He nearly threw up when he saw two military officers standing in the darkness of his dimly lit back porch.

"As soon as I saw them standing there, I knew what happened," Mike said. "It still makes me sick to this day thinking about it."

The officers told Mike, who was in shock, that his 21-year-old daughter, U.S. Army Sgt. Ashly Moyer, was killed earlier that day by an enemy improvised explosive device in Baghdad. She died alongside Sgt. Michael Peek, 23, and Sgt. Brandon Parr, 25. 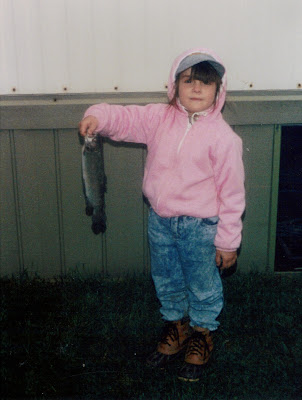 While Sgt. Moyer was a seasoned soldier from Emmaus, Pa., who also served at the U.S. military detention center at Guantanamo Bay, Cuba, she will always be "daddy's girl" to Mike. Almost every day, he thinks about the father-daughter fishing trip when Ashly, then 6, managed to upstage him.

"She said 'oh, Daddy, I got a fish,' and I said 'yeah right,'" Ashly's father said with a chuckle. "All of a sudden I see this fish jumping out of the water ... a 16-inch trout she caught with a Mickey Mouse rod."

The story is not only a fond memory, it's indicative of how Ashly approached life. The granddaughter of two Marines, including her grandfather, who survived the epic World War II battle at Iwo Jima before serving in Korea and Vietnam, Ashly joined the U.S. Army Reserve with the backing of her dad, who also served in the Marine Corps.

"She came home (from Guantanamo Bay) and decided she wanted to go into active military," Mike said. "She wound up going to Germany, and I figured because it was Europe, she'd have an adventure."

About ten months later, Mike sat across from Ashly at a pub in the ancient German city of Mainz. He was wishing his brown-haired, smiling daughter well before she deployed to Iraq.

"Because of the surge, they called a lot of people up from Germany at the time," Ashly's dad said.

The national media's recent trumpeting of a ban being lifted on women serving in combat positions perplexed Mike, as his daughter served on the front lines more than six years ago. Not only did Ashly's job involve driving armored vehicles to bombsites; Ashly was also present when a fellow female soldier was shot by an enemy sniper.

"Her friend had a metal plate protecting the chest portion ... she was lucky," Mike said. "(Ashly) said it scared the crap out of her, because she heard the shot and all of a sudden her friend went down behind her."

Ashly's final mission occurred in the Baghdad slum of Sadr City. Mike said Ashly's vehicle — the second in a four-vehicle convoy — was engulfed in a "fireball" after the front vehicle struck an improvised explosive device.

"On the Thursday prior to her getting killed on Saturday, she called me," Mike said. "She told me they were coming home in June, they had a month off, and she was thinking about (re-enlisting)."

Ashly also talked about her boyfriend, Jake, a fellow soldier who later told Mike he'd been planning to ask for his daughter's hand in marriage during a planned visit to Pennsylvania. Instead, Jake recounted the horrific image of seeing his girlfriend's vehicle engulfed in flames. The day's harrowing, tragic events still haunt the young combat veteran.

"You lose a part of you, it'll be there all your life, but you just have to learn how to deal with it, even though it will never go away," Mike said. "The love of his life was taken."

So was the little girl who always made her father proud, whether with her Mickey Mouse fishing rod or military-issued rifle. Like so many courageous American women since 9/11, Sgt. Ashly Moyer put her best foot forward during her country's time of need.

"Ashly wasn't a rough and tumble type of girl," her dad said. "She was just brave." 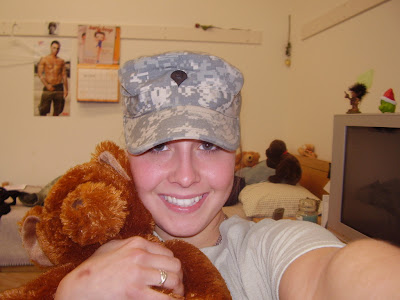