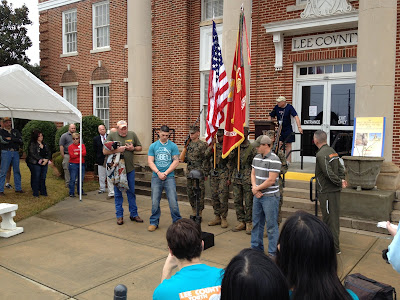 While looking into the eyes of two young Marines during a Feb. 23 ceremony honoring their fallen brother in arms, I could see the war in Afghanistan. While some say the conflict is "winding down," it will never be over for these patriots, who saw their friend die less than a year ago.

The two Marines, Preston and Mike, made the nearly 600-mile trip from North Carolina's Camp Lejeune to the small town of Leesburg, Ga., to comfort the family of Lance Cpl. Steve Sutton. The 24-year-old Marine was killed while conducting combat operations in Afghanistan's Helmand Province on May 26, 2012.

Throughout the emotional ceremony, the Marines stood beside Gene Sutton, the fallen Marine's father, who had his arms around both young men when a statue was unveiled to honor Steve. When I spoke with the grieving father before the event, he was overcome with emotion.

"I raised him myself," Gene said through tears. 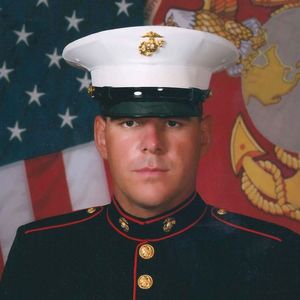 The elder Sutton spoke about his son's success as a high school and junior college offensive lineman who later volunteered to transfer his athletic prowess from the football field to the battlefield. While immensely proud of all Steve accomplished, Gene misses his son dearly and knew getting through the day's events would be a struggle.

"I don't know how I'm going to make it through hearing them play 'Taps,'" he said.

"If there's anything anybody can do for Steve, it would be to continue this support and to support his family," Preston said. "That's what he would want."

"Big Steve," as the burly Marine was nicknamed, will always be in the hearts of his loved ones and those who served alongside him. But he also managed to inspire people who never got the chance to meet him.

"I feel as if I knew him well," Col. Donald Davis, commanding officer of the nearby Marine Corps Logistics Base Albany, said. "He's present here with us not only in spirit, but in the eyes of those of you who raised him and influenced him through his life." 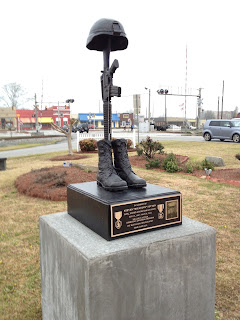 Colonel Davis spoke of what it takes for young men and women to leave home and spend many months in faraway places like Afghanistan, where thousands of U.S. troops still serve more than eleven years after the 9/11 attacks.

"Walking among you and speaking to each of you, as well as (Steve's) family and friends, I see character," Davis said. "I see the attributes needed for a good Marine: patriotism, hard work and a compassion that truly reflects a concept beyond oneself."

These noble qualities could also be seen in Steve's fellow Marines. As I met both warriors and thanked them for their service, I couldn't help but wonder what both had been through. I can't imagine what it's like to lose a close friend, especially during the chaos and confusion of combat.

Despite pain that had to be extraordinary, both Marines addressed the more than 300 people who stood outside on a damp, chilly afternoon outside the Lee County Courthouse. When both Marines spoke, the hand of Steve's father, who was again overcome with emotion, rested on their shoulders.

"He influenced my life," Preston said. "I'm glad to see that there are still people in America that will show up and honor people that fight and serve."

Sadly, too many Americans, starting with politicians on both sides of the aisle, are disengaged from the Afghanistan conflict. Still, there are thousands of combat veterans like Preston and Mike and thousands of families like the Suttons who have lost loved ones since 9/11. These folks don't just live in small towns like Leesburg, Ga.; they are in communities all across the nation.

The next time you meet a veteran or family of a fallen service member, look into their eyes. You won't just see the wars that changed their lives; you will see all that's good about the country they helped defend.

"During his funeral procession, a local young woman said 'we don't have to know one another to be for one another,'" Davis said. "'We are all family.'" 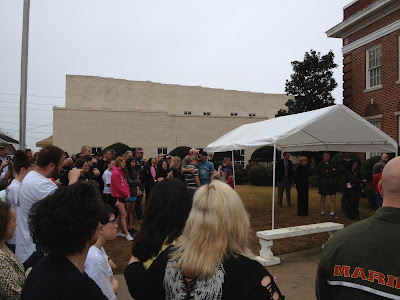