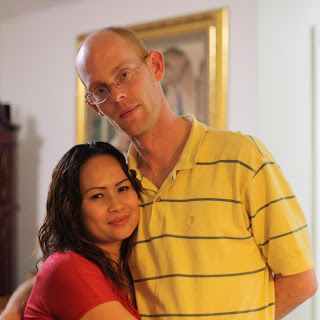 Staff Sgt. Jesse Grindey and his wife were walking down a Hazel Green, Wis., street when they noticed a beautiful house for sale.

"We were walking to the cemetery to visit his grandfather, and I told him 'I like this house,' and he said 'I like it too,'" Mary Grindey told The Unknown Soldiers. "But I said 'who would buy that house ... who would want to live by the cemetery?'"

Hazel Green, located near the Illinois border, is known as Wisconsin's "point of beginning," which is particularly appropriate for Mary. A native of the Philippines, she met her future husband seven years ago in South Korea. They were married in 2008, just before Staff Sgt. Grindey was transferred to Japan. In 2011, Jesse and Mary moved to the United States.

"When we found out we were coming here to the States, he said he would be deployed (to Afghanistan) no matter what," Mary said. "I told him 'don't volunteer.'"

Jesse had been volunteering his entire life. Not only had the Wisconsin native served in Iraq, but he was also a volunteer firefighter and EMT with the Hazel Green Fire Department and Rescue Squad.

"If there was a fire, he'd jump into a fire truck and then jump into the fire," Mary said.

But things were different now, as the Army couple was trying to settle down while raising two young children that Jesse adored. Still, the soldier remained steadfast in his commitment to serve.

Jesse deployed to Kandahar, Afghanistan, on Dec. 30, 2011, with the 287th Military Police Company, based out of Fort Riley, Kan. With her husband thousands of miles away, Mary took on the responsibility of caring for two young children in an unfamiliar town and country.

"I talked to him two hours every day for the first month," the soldier's wife said. "He kept saying that he was doing good ... I really felt more comfortable, too."

Then, as Mary and the kids visited Jesse's grandmother on the morning of March 12, 2012, something didn't feel right.

"I had that really, really weird feeling in the morning," Mary said. "I was so sad ... I wanted to cry."

"I saw the Chaplain and (Army Sergeant First Class) waiting for me, and I could tell it wasn't good news," Mary said. 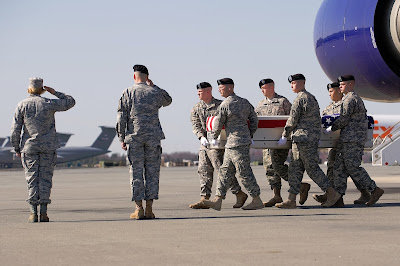 Jesse, 30, had succumbed to a medical problem of which no one, including Mary, was aware.

"I was shocked, because I had never seen him in pain," she said. "It just shocked everyone because he was such a healthy guy."

Support for Mary and the couple's children poured in from all over the world.

"I can't ask for a better community than Hazel Green," Mary said. "Jesse's family gave me a lot of support, as well as friends from Kansas, Kentucky, New Hampshire, Japan, Korea and the community here ... I can't even say enough words."

The last time Mary spoke to her husband was three days before he died. It was also her mother's birthday, and Jesse wanted to know if she was enjoying her new house in the Philippines, which the soldier helped pay for with a portion of his salary. 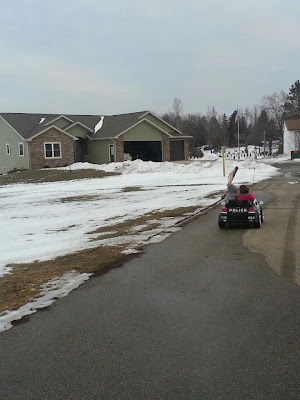 "The last words (he said to) me were 'hey honey, tell your mom happy birthday for me,'" Mary said.

When Mary visited Jesse's grave in the same cemetery where his grandfather is buried, she noticed a "for sale" sign in the window of the house the couple once admired. She decided to buy it.

"We get a lot of snow in the winter, but in summertime, the fall, or the spring, my kids drive their little smart cars and go visit," Mary said. "I can even hear them yelling ... 'Daddy, we're here.'"

As Mary Grindey and her children mark a new point of beginning, they are comforted to know that Staff Sgt. Jesse Grindey, who spent many years putting out fires at home and abroad, is always right across the street. 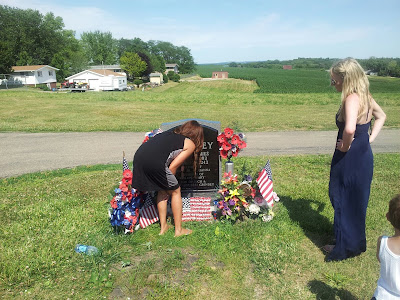