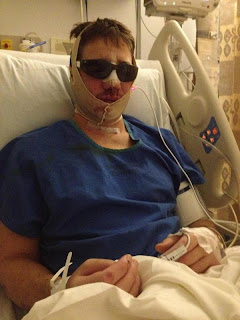 There is much talk about caring for our nation's veterans. From politicians to non-profit organizations, well-intentioned Americans are saying all the right things about ensuring that returning warriors receive the benefits they so richly deserve.

Still, amid a 24-hour news cycle and the hustle and bustle of our daily lives, a key component of helping combat veterans adjust to being home is sometimes overlooked. Too often, we forget to listen to the brave men and women who understand war like no civilian ever could.

Listening has become a big part of U.S. Army Sgt. 1st Class Josh Gillette's life since a Nov. 1, 2012, improvised explosive device (IED) blast. With shrapnel embedded in his eyes, it's still difficult for the soldier to see the faces of his wife and eight-year-old daughter. But if you ask the wounded warrior to describe his harrowing sixth deployment, he will gladly oblige.

"I like telling my story," Sgt. 1st Class Gillette told The Unknown Soldiers. "A lot of people don't realize (the war) is still going on."

After serving three tours in Iraq and one in Bosnia, Josh was on his second deployment to Afghanistan in September 2012 when a powerful explosion threw him into the air before he landed several feet away. A fellow soldier had stepped on an IED and suffered devastating injuries.

"I was concussed and had to get to a fallen comrade who had lost both legs," Josh said. "We applied first aid and cleared a helicopter to land."

Two days later, the wounded soldier succumbed to his wounds, which left Josh and his Special Forces unit in a state of shock. Despite their grief, however, the soldiers knew they had to keep patrolling Afghanistan's volatile Helmand Province.

"We were pushing outside again to take over a stronghold that the Taliban had," Josh said. "We wanted to show the (Afghan Local Police) that we could take this area."

On Nov. 1, while approaching a mud hut with his trusted military working dog, Banan, the 32-year-old soldier sensed something was wrong.

"I knew he was looking for an IED because of his changed behavior," Josh said.

Moments later, Josh was overwhelmed by blunt force and searing heat. The dog had stepped on an IED, sending Banan and Josh flying through the air. Josh remembers nothing about the ensuing battle, in which his fellow soldiers defeated Taliban fighters who attacked the helicopter evacuating him to safety.

"At that point I blacked out," Josh said.

Banan was killed in the attack, while Josh spent the next two weeks in a confused, nearly comatose state.

"I kind of remember waking up in the hospital 15 days later, which is weird since people said I was talking to them and writing things down," he said. "I don't remember anything."

With shrapnel digging into his eyes, Josh could barely see his battered face in a mirror. Missing his teeth and impaled with rocks, the soldier also needed a titanium rod in his arm and plates in his cheekbones.

"I have limited vision," Josh said. "I can't watch TV, and I can't really read."

After hospital stays in Germany and Bethesda, Md., Josh is home in Tennessee, just across the border from Kentucky's Fort Campbell. The company of his wife and daughter softens the frustration of his restricted eyesight. 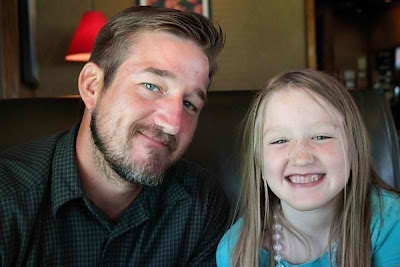 "It's been great," Josh said. "I've been getting stronger every day, and the doctors are saying I'm recovering a lot faster than expected."

While the Jacksonville, Fla., native applauds the military for taking great care of him since his injury, the soldier's family suffered severe financial hardship while Josh was hospitalized far from home. That prompted Josh's brother, Shain, to set up a website to ask for the public's help. Nearly $8,000 was raised to help Josh and his family.

"It was real emotional for me," the grateful soldier said. "I wish the best for so many wounded warriors, police, and firefighters ... I hope they get that kind of support."

Like so many U.S. troops and veterans, Sgt. 1st Class Josh Gillette repeatedly put himself in harm's way without asking for anything in return. As his courageous brothers and sisters in arms come home, the least we can do is listen.

Note: To see the weekly "Unknown Soldiers" column in your local newspaper, please click here.
Posted by Tom Sileo at 10:26 AM