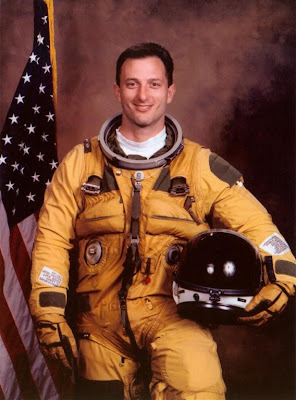 U.S. Air Force Maj. Duane Dively was returning from a mission over Afghanistan when the U-2 spy plane he was piloting malfunctioned. For the next 63 seconds, Maj. Dively did what he'd been doing for two decades.

He put his country first.

"We think he tried to bring the plane in," the pilot's mother, Donata Dively, told The Unknown Soldiers.

"He could have ejected, but that wasn't the way he was built," his father, Bill Dively, added.

Prior to the June 22, 2005, mission, Duane risked his life in almost every U.S. conflict since Desert Storm. Citing what he felt was an obligation to serve, Duane joined the Marine Corps shortly after 241 U.S. service members were killed in the 1983 terrorist attack on the U.S. Marine barracks in Beirut.

But ever since the Canton, N.Y., native's first time in an airplane, Duane's head was always tilted toward the heavens.

"He always wanted to fly," his mom said. "Duane had a determination ... he was very tenacious."

Duane later joined the Air Force to fulfill his lifelong dream. After earning his wings in 1990, the pilot flew wherever his country needed him.

"From Desert Storm to the Balkans to Somalia ... it seemed like he was always overseas," Bill said.

After registering a perfect score on his pilot tests, Duane began flying the U-2 reconnaissance aircraft, which had become a household name during the Cold War. For most of the next decade and particularly after 9/11, Duane's parents, who live in Hollidaysburg, Pa., rarely knew where their son was flying.

"He'd say 'you're not on the need to know list,'" Donata said with a gentle laugh.

Duane was usually collecting crucial intelligence over Afghanistan and Iraq during missions that he would often volunteer to fly.

"If other (pilots) had children, particularly around the holidays, Duane would volunteer for those three-month deployments so they could spend time together," Donata said.

In early 2005, with America suffering almost daily casualties in Iraq and Afghanistan, the happily married pilot could have retired. Duane, who was about to turn 43, decided to keep flying.

"They go into the service because they love what they're doing," Donata said of brave men and women like her son. "They have the dedication to the people of the United States, their country and God."

As the U-2 lost power over Southwest Asia, Duane did everything he could to save a plane he'd spent countless hours navigating through the clouds of war.

"It costs about $7 million to train a good pilot," Duane's father said, his voice cracking with emotion. "He made the most out of everything he did."

The memorial service honoring Duane, who was one of a select few to ever pilot the U-2, was held in a massive California hangar next to another spy plane he once flew.

"Whenever there was a trouble spot, Duane was there," an Air Force officer told the packed Beale Air Force Base audience.

While it's been more than seven years since Duane's final act of courage, the lives of his wife, parents and brother are forever changed.

"No birthday, holiday or any day having anything to do with that child is ever the same," Donata said.

When Bill plays golf, he always tilts his head upward toward the blue sky, where his oldest son helped define several chapters of American history.

Duane is buried at Arlington National Cemetery, where he rests among brothers and sisters in arms who also fought to preserve freedom. But as America's post-9/11 conflicts fade from our national consciousness, the fallen hero's mother is worried.

"So many times it's only the immediate families that realize the sacrifice," Donata said. "And I just think we need other people to keep in mind the price that so many people are paying."

Maj. Duane Dively devoted nearly every second to keeping others safe. For that, along with the final 63 seconds of his extraordinary life, the hero pilot's parents have no doubt where their son's soul now flies.

"I think the Lord felt that Duane had used every talent the Lord had given him," Donata said. "It was time for his reward."