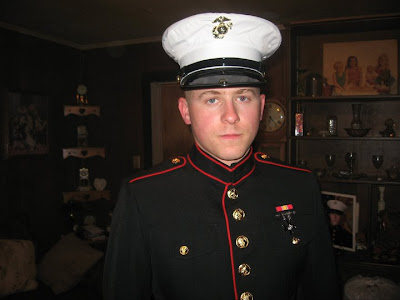 As a young man working in a grocery store, Edward turned to his mother one day and said he wanted to serve his country.

"He thought about it and said he wanted to join the Marines," Carol Dycus told The Unknown Soldiers. "He wanted to make his life and my life better."

Edward knew trading the frozen food aisle in Greenville, Miss., for the heat of battle in Afghanistan was a risky proposition. But he never hesitated, even when his mom, who worked with him at the grocery store, responded with some initial skepticism.

"Yeah, I tried to talk him out of it," Edward's mother said. "That's what every parent does."

Despite fearing for his safety, Carol was enormously proud of her son.

With blonde hair and an infectious smile, Edward was enthusiastic and bright, having excelled academically from a young age. When he wasn't inside watching pro and college football, Edward enjoyed going outside to toss around the Frisbee with his friends and four siblings.

Whenever someone needed help, Edward would bend over backwards to lend a hand.

"He was just a caring guy," his mother said. "He'd do anything for anybody and wouldn't think twice about it."

Edward's mom paused when our conversation shifted to her son's deployment to Afghanistan, which began on his 22nd birthday.

Carol said her son was excited to serve overseas with the 2nd Battalion, 9th Marine Regiment. During his first six weeks in Afghanistan, Edward embraced the opportunity to explore a new country and help protect its citizens. 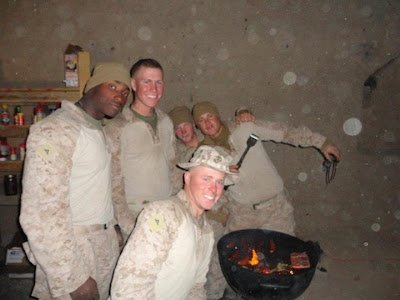 "It was the first time he'd ever been gone," she said. "But he said he loved it over there."

"An Afghan soldier came up behind him and shot him in the back of the head," Carol said.

While losing a son or daughter is crushing for any parent, the cruel, senseless nature of Edward's sudden death is particularly painful for Carol, who emphasized that her son and his fellow Marines "were over there trying to help" the Afghan people.

Just days before the first anniversary of Edward's murder, the Marine's grieving mother spoke of her family's resilience. 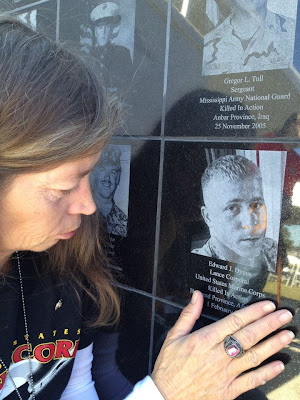 "We're holding up alright," Carol said. "We have no choice."

Even before Edward's flag-draped casket arrived in Mississippi, friends and total strangers came together to show support to the Dycus family.

For miles and miles, people lined the streets to honor the fallen Marine during his funeral procession. Carol saw each and every one of them.

"There were people standing out on the side of the road everywhere," she said. "Every business, every house ... it was amazing with all the flags and signs."

Instead of projecting anger and bitterness about her son's death, Carol is joining her kind-hearted neighbors in celebrating Edward's extraordinary life.

"He was an awesome son and just a great guy," she said. "He's a true American hero, and he's my hero."

On the Corpsman's page is a quote that is most commonly attributed to Thomas Carlyle, a 19th century Scottish writer and philosopher.

"Men do less than they ought, unless they do all they can," the quote reads.

As a man, Lance Cpl. Edward Dycus did everything he could to make the world a better place. His family couldn't have chosen a better nickname. 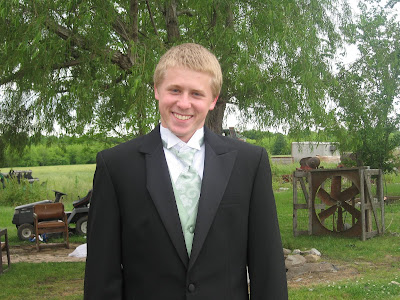 Note: To see the weekly "Unknown Soldiers" column in your local newspaper, please click here.
Posted by Tom Sileo at 9:38 AM