The Other Fellow First 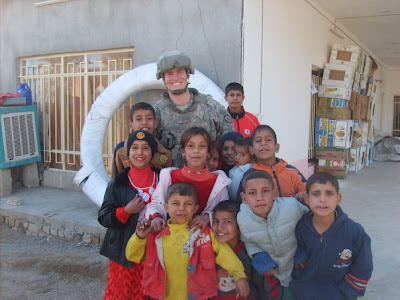 While working as a summer camp counselor, future U.S. Army Spc. Douglas Green discovered a motto that would guide the rest of his life.

"It was 'the other fellow first,'" Spc. Green's mother, Suni Erlanger, told The Unknown Soldiers.

As a young boy growing up in the northern Virginia suburbs, Doug played with toy Army men but also displayed a level of maturity that went far beyond his years.

"He was my hero way before he enlisted in the Army," Doug's mom said. "He was that boy in school who was against bullying, even when it was tolerated."

"He wanted to get al Qaida for what they did to us," Suni said. "I knew something changed in Doug that day."

Doug spent his high school years doing everything from playing football to singing and dancing in school musicals. He also kept in touch with an Army recruiter, even though his parents worried deeply about the risks of serving in a post-9/11 world.

"He didn't have to go in," Doug's mother said. "He had a very sheltered life." 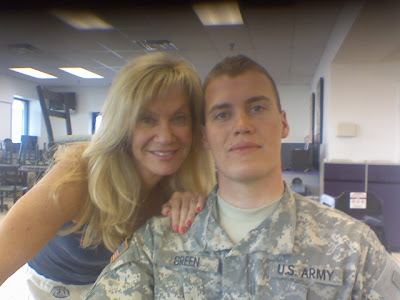 Doug volunteered on his 18th birthday and deployed to Iraq two years later.

"When his Sergeant asked who would want to go out on special missions, Doug's hand was always going up first," Suni said.

After returning to Alaska's Fort Wainwright before an upcoming Afghanistan deployment, Doug joined the local Big Brothers Big Sisters program, where he served as a young boy's mentor.

"He could have done anything ... screwed around, hung out in bars," his mom said. "(His charity work) just amazed me, it really did."

Before deploying, Doug went back to his hometown of Sterling, Va., where he reconnected with Alicia Swanstrom, who he originally met in school. The pair became inseparable, with Doug resolving to ask for her hand in marriage once he returned from Afghanistan.

"I knew he was serious about her," Suni said. 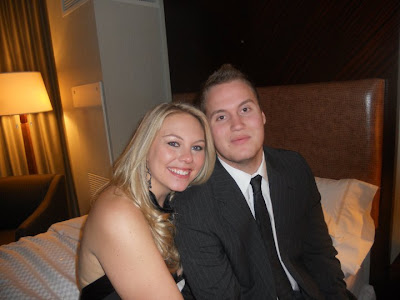 Doug deployed to a remote southern Afghanistan outpost and spent most of 2011 on daring night patrols, which often resulted in tense firefights with Taliban and al Qaida insurgents.

"They let him (come home) for a two-week leave," his mother said. "You could see in his eyes that he'd seen a lot of bloodshed."

With just weeks remaining in his deployment, Doug, who was Jewish, asked his mom to send a Star of David that he could wear around his neck.

"He thought that was going to protect him," Suni said.

The crushing loss of a fellow soldier, Spc. Brandon Mullins, 21, reinforced Doug's belief that his own death could soon be at hand. While Suni said her son would have been allowed to stay behind from his final combat patrols, Doug went anyway. 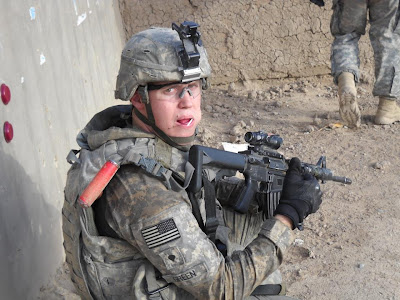 On Aug. 28, 2011, Spc. Green, 23, was killed when terrorists attacked his unit with small arms fire and roadside bombs, according to the Pentagon.

"He would always assure his other soldiers that everybody would be OK," the fallen soldier's mother said. "He just didn't care about himself."

Two weeks before his death, Doug mailed a heartfelt letter to his loved ones.

"If I could leave you with any words of wisdom it would be two things that I have always tried to live my life by," he wrote. "Make sure you always put yourself in the position of anyone you ever have contact with. You will never truly know a man or woman until you try to see things from their perspective.

"Secondly, never pass judgment or put anger on someone too quickly or harshly," Doug continued. "Because I guarantee you that person is fighting a battle that you know nothing about."

Doug is buried in Section 60 of Arlington National Cemetery, where a toy Army figure and other mementos left by his girlfriend, Alicia, decorated his white headstone during my Dec. 25, 2012, visit.

"I will always love and cherish all of the time I was given on this earth and am thankful for this life and everyone in it," Doug wrote in his final letter. 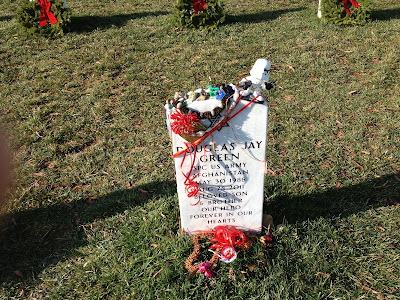 Note: The Douglas J. Green Memorial Foundation has been established to help U.S. troops and veterans. Please click here to learn more about the organization and its mission.
Posted by Tom Sileo at 9:30 AM