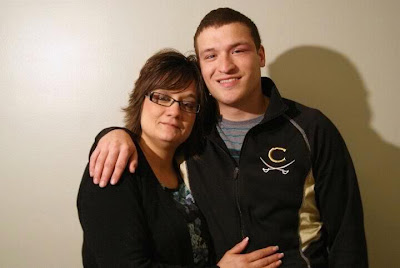 Jennifer Clarke was busy managing a Michigan grocery store when she got a phone call from her husband. He told her she needed to come home from work.

"I said 'I can't leave, I'm in charge of the store,'" Jennifer told The Unknown Soldiers. "Then I remember plain as day, my husband said 'Jennifer, there are two men here in military uniforms.'"

Jennifer's heart dropped as she let go of the phone and ran out the door. Her son, Pfc. Shane Cantu, was in Afghanistan, and all that the military mom wanted was for him to come home alive.

"Please, let my son only be injured," the tearful mother said as she drove home in a panic.

When she walked into her Corunna, Mich., home, a young soldier tried to maintain his composure while delivering an official casualty notification from the U.S. Army.

Jennifer, hoping she would soon wake from a nightmare, collapsed on the floor.

"You just don't think things like this will hit close to your community," she said.

According to the Department of Defense, Pfc. Cantu, 20, died after he was wounded by shrapnel in eastern Afghanistan. He was serving with the Army's 173rd Airborne Brigade Combat Team, based in Vicenza, Italy.

As the grieving mother reflected less than five months after her only son's death, Jennifer spoke of the last time she corresponded with Shane, who knew his young life was in peril. 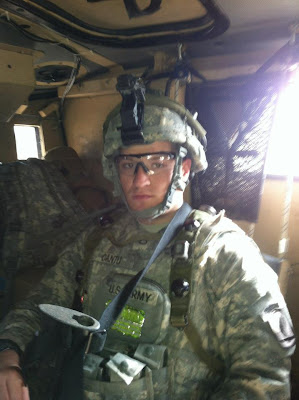 "It's getting crazy over here, mom," the soldier said. "I can't promise you I'll be home."

Those difficult words will always be with Jennifer, who knows her son's last days were filled with anguish. On Aug. 15, less than two weeks before Shane's death, his close friend and fellow soldier, Pfc. Andrew Keller, 22, was killed by enemy small arms fire, according to the Pentagon. Shane, who wrote a stirring eulogy in Afghanistan that his mom would later deliver to Pfc. Keller's family, blamed himself.

"I told him you have to stay strong," Jennifer said.

Shane, a former high school football star, joined the Army to better his country. But as he told his mother after boot camp, he also wanted to better himself.

"He hugged me, told me he loved me, and said 'mom, this was the best thing I ever could have done for myself,'" Jennifer said.

The soldier's mother said that Shane, who was known for his smile and sense of humor, wanted to serve in Afghanistan so badly that he broke down and cried after a prior deployment was cancelled.

"I didn't join the Army to sit back and watch," Shane said. "I joined to be a leader."

Instead of waiting for a future opportunity, Shane pleaded his case to an Army officer. The First Lieutenant, who immediately saw the young soldier's potential, would later tell Jennifer how much Shane impressed him.

"It's men like him that make our country strong," the officer said.

When Shane eventually left for Afghanistan in July 2012, Jennifer, like any caring mother, was deeply concerned.

"I was heartbroken, but I knew that's where he needed to be," she said. "As his mother, I stood behind him and I stood proud." 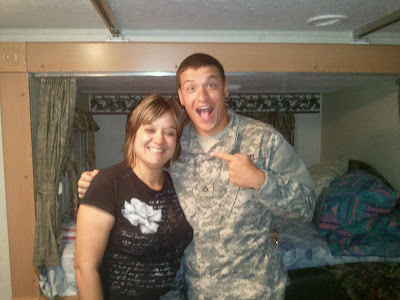 Jennifer will always stand behind her son, who hoped to become a U.S. marshal when his military career concluded. To honor Shane's memory, Jennifer has set up a scholarship fund through the Shiawassee Community Foundation to assist students pursuing law enforcement careers.

Pfc. Shane Cantu was nine years old when America was attacked on Sept. 11, 2001. Yet while growing from boy to man, he developed a devotion to family and freedom that's inspired Americans across all walks of life.

"I get notes saying, 'Thank you for your sacrifices,'" the fallen hero's mom said. "I walk into stores and people hug me and say 'God bless your family.'"

On Sept. 6, Jennifer Clarke watched in awe as hundreds lined Michigan streets to honor the arrival of Shane's flag-draped casket. While her son didn't come home alive, Shane's proud mother realized that his selfless spirit most certainly did. 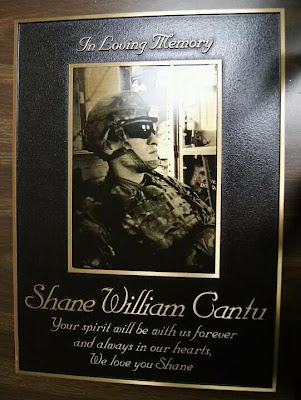