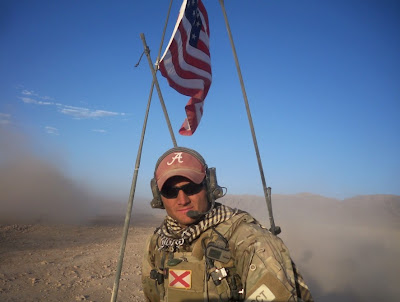 Thad Forester always knew his brother as Mark, even after he joined the U.S. Air Force. Pilots flying dangerous missions in Afghanistan, however, knew the 29-year-old Air Force combat controller as "JAG 28."

"Mark developed a great relationship with the pilots," Thad, 36, told The Unknown Soldiers. "They tell me that he had such a great sense of humor, but he also commanded respect and knew what he was doing."

Senior Airman Mark Forester didn't become a special operations warrior with a cool-sounding call sign overnight. His journey to a remote forward operating base in Afghanistan, where he directed airstrikes and confronted some of America's worst enemies, was as long as it was improbable.

"He was serving a mission for our church at the time of September 11th," Thad, one of Mark's three older brothers, said."He was angered, he was outraged, and he felt like he needed to do something."

It would be almost six years before Mark volunteered for the armed forces. Before he could serve his country at the highest level, the Haleyville, Ala., native, wanted to strengthen his mind, body and relationship with God.

"Mark was pudgy and baby-faced with narrow shoulders," his big brother said. "He got up to 230 lbs. on the (church) mission."

As soon as Mark returned to Alabama, he hit the gym with a brand of intensity that surprised even those who knew him best.

"He was fully committed," Thad said. "It was a drive I'd never seen in Mark before."

After enlisting in 2007 and completing a grueling Air Force and special operations training regimen, Mark was hand-picked by senior officers for a crucial assignment at Afghanistan's Forward Operating Base Tinsley. 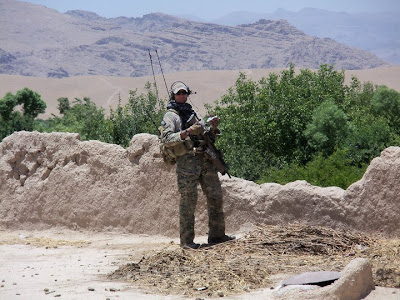 "When he told us where he was going it didn't really mean anything to us," Thad said. "All we knew was it was Afghanistan."

The humble warrior didn't tell his family that being tapped to help defend the Uruzgan Province base, located in the heart of a dangerous, Taliban-infested combat zone, was a remarkable assignment for a senior airman going on his first deployment.

"He said 'Thad, don't tell anyone where I'm going right now, but it's a very active area and I'll have a lot of action,'" Thad said. "It didn't really sink in ... at least to me ... I feel like I was so oblivious to everything."

Mark never shared the details of an Aug. 6, 2010, battle that earned him the Bronze Star with Valor or other instances where his actions saved American and Afghan lives. Like so many of this generation's volunteer warriors, JAG 28 instead chose to lead by example. 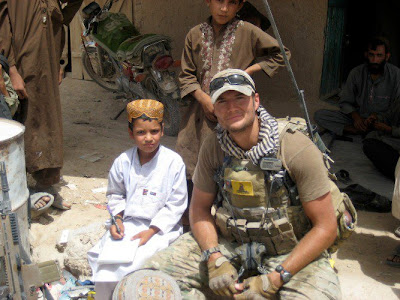 "He had full awareness on the battlefield," Thad, who is researching his brother's deployment for an upcoming book, said. "One of Mark's teammates told me he got them what they needed -- not just bombs, but food."

On Sept. 29, 2010, Mark was on the second day of a combat mission when his unit's medic was shot by an enemy sniper. Without hesitating, JAG 28 ran toward his wounded comrade.

That same day in Tuscaloosa, Ala., Thad woke up with no premonition of his brother's final act of heroism.

Senior Airman Mark Forester, the church missionary who transformed himself into a warrior, was killed while trying to save another man's life. He was posthumously awarded the Silver Star. The community sprung into action to support the Foresters, which deeply moved Mark's grieving parents and siblings.

"There were signs all over town like 'thank you Mark Forester and your family' and 'God Bless America,'" Thad said.

Seven months before Navy SEALs killed Osama bin Laden, Mark devoted his last full measure to a cause he believed in. While mourning, reflecting, and writing about his youngest sibling, Thad marvels at Mark's metamorphosis from little brother to JAG 28.

"We all have missions on this earth and some of them are different for each person," Thad said. "One of Mark's was to help defeat terrorism, and he did it." 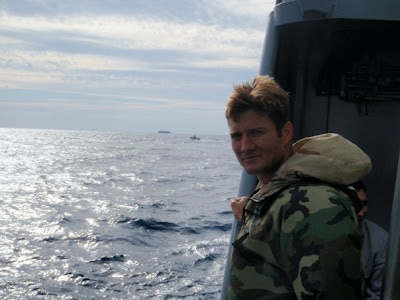