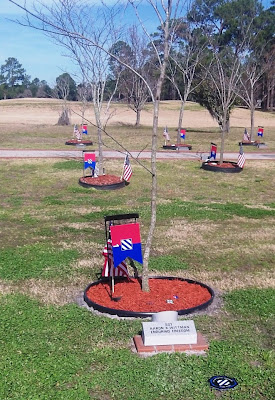 Just before leaving for Afghanistan in November, Sgt. Aaron Wittman pointed toward a majestic, tree-lined walkway at Georgia's Fort Stewart.

"Do you know what that is?" Sgt. Wittman asked his father, retired U.S. Army officer Duane Wittman, and his mother, Carol Wittman, who also served. "That's the Warriors Walk, and that's one place I don't ever want my name."

The Warriors Walk honors fallen post-9/11 heroes of the Army's 3rd Infantry Division, as well as departed warriors from attached units. According to Fort Stewart's website, each soldier is honored with an Eastern Redbud tree as a symbol of life.

Not only did Aaron's parents serve in uniform, his brother and sister both volunteered for the Armed Forces and deployed to Iraq.

"We're a military family," Duane told The Unknown Soldiers. "Everyone in the family is either serving in the military or ex-military."

Aaron, who used to dress up in his dad's fatigues as a young boy while playing flashlight tag with his friends, grew up near military bases around the globe. After seeing some of world's most luxurious and less fortunate places, Aaron decided to pursue a difficult, selfless path.

"He never really had any desire to go anywhere other than The Citadel," Duane, a 1975 Citadel graduate, said. "He just loved it and loved Charleston." 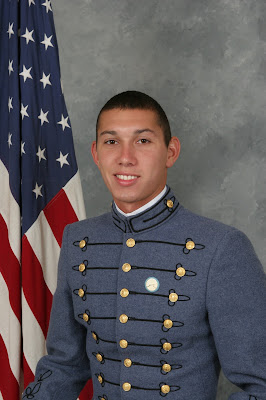 As freshmen, Aaron and four fellow Citadel cadets joined the South Carolina National Guard. As seniors, they were presented with a difficult choice: go to war or stay in school and graduate on time.

"All five seniors went to Afghanistan," Aaron's father said. "That's what the citizen-soldier concept is all about."

In 2007, all three of Duane and Carol's children, as well as their daughter-in-law, served in either Afghanistan or Iraq.

"In three and a half months we deployed all of them," Duane said. "I always had target dates for when the kids were going to come home."

About two weeks after Aaron arrived in Afghanistan's mountainous border region with Pakistan, a terrorist blew himself up between two U.S. Army vehicles. After helping his wounded comrades, the young soldier realized how lucky he was to be alive.

"It was a hard awakening — real quick — into the IED (improvised explosive device) world," Duane said. "It wasn't but a couple months later that his Citadel buddy, Sam, was very severely injured from shrapnel in the chest."

Upon his return, Aaron fulfilled a promise to his mom by graduating from The Citadel. He fell even deeper in love with his girlfriend, Sarah. Then, just before his 28th birthday on Nov. 6, 2012, Aaron once again deployed to Afghanistan, with big plans for when he came home.

"He was looking for, sooner or later, a U.S. Army Commission and a family life," Duane said.

Just over two months after sitting with her son outside the Warriors Walk, Aaron's mother heard a voice inside her head.

"Carol, you need to go home," the voice whispered.

After returning to her Virginia residence, Carol saw two Army officers approach the front door. They told Duane and Carol that their youngest child was killed by a rocket-propelled grenade on Jan. 10, 2013.

"We want Aaron to be remembered for his life, not his final moments," Carol said.

The roller coaster of emotions that followed, which included seeing their oldest son bring his fallen brother home, was filled with pride and pain.

"I always thought I would be the first one in this family buried in Arlington," Duane said.

Nine days after Aaron's death, his sister gave birth to a healthy baby girl. It was a proud, bittersweet moment, similar to the emotions the Wittmans expected to experience when Tree 445 of the Warriors Walk was named after their son.

"It gives us strength to know we aren't alone," Carol, who thanked the community for their support, said.

"Aaron was all about life," Duane added.

Before our phone call ended, Aaron's mother spoke of a letter she received from a soldier who witnessed her son's final act of heroism.

"His quick reaction and reflexes saved many lives that day," Carol said. "He felt he needed to be in that position to ensure his men were safe."

Indeed, Sgt. Aaron Wittman was all about life. 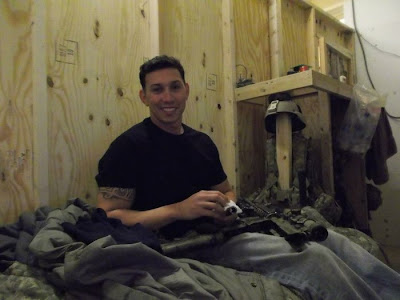 Note: Sgt. Aaron Wittman's family and friends have partnered with The Citadel Foundation to honor his memory by creating a memorial scholarship fund.  Please click here to support the Aaron Wittman Foundation.
Posted by Tom Sileo at 9:30 AM