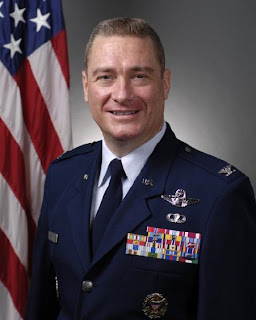 U.S. Air Force Col. Robert Valin was an airline pilot on Sept. 11, 2001. He once lived in Khobar Towers, the Saudi housing complex that was bombed by terrorists on June 25, 1996. His family also lived in Newtown, Conn., just around the corner from Sandy Hook Elementary School.

"The ties to these tragedies have always kind of been there," Col. Valin told The Unknown Soldiers.

On Apr. 15, the Massachusetts airman was watching live coverage of the Boston Marathon from Afghanistan, eight and a half hours ahead of Eastern Standard Time.

"I had actually watched a little bit of the marathon on TV for 20 to 30 minutes before the (attack) happened," Valin said. "The following morning, I learned more about what had happened."

Valin, who grew up in Lexington and Belmont, Mass., and plans to eventually retire in Charlestown, experienced an "ugly feeling" while seeing his beloved city under siege from thousands of miles away. But he was also filled with appreciation.

"There's the pride in Boston, Bostonians and the people of New England," he said.

Valin has been serving his country in uniform since the Reagan administration. With nearly 6,500 flying hours in F-16 and A-10 fighter jets and commercial planes, he's navigated the skies under almost every circumstance. But ever since arriving in Afghanistan, the brave men and women under his command have consistently inspired him.

"Some folks come out here and kind of expect that all the leaders will be very inspiring kinds of people and the vast majority are just that," the Colonel said. "But the opposite also happens ... the leaders are themselves inspired by the soldiers, sailors, airmen and Marines doing the job."

After two months in the war zone, Valin marveled at the heroism he's already witnessed.

"There's nothing more inspiring than seeing everything from an airman going outside the wire to someone manning a tower to a surgeon sewing up horrible wounds to a maintenance technician miraculously fixing an airplane that didn't look fixable," he said. "As you see more and more of these things around you, you're swamped with inspiration." 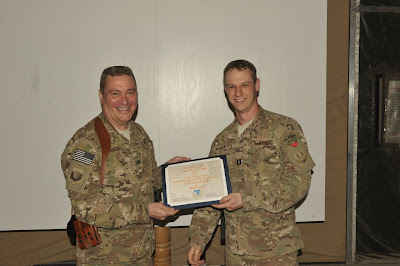 As director of staff for the Air Force's 455th Expeditionary Wing, Valin and his fellow airmen have wide-ranging, far-reaching responsibilities that tangibly impact the war and its ultimate outcome.

"We have airmen responsible for not only defending the airspace here at (our base) ... they actually get out into Afghanistan and frankly the whole area around (the base) to meet the people and get to know the local and national police and the Afghan army," Valin said.

While the Colonel admitted it's tough on everyone to be apart from their loved ones, he and his fellow service members are embracing the opportunity to make history.

"Having the chance to serve is very gratifying," he said.

As horrifying images from the Boston bombings filled television and computer screens on his base, Valin and his colleagues, especially those from New England, watched intensely as an unprecedented manhunt for two suspected terrorists unfolded before the world's eyes.

"We used to live very close to the Watertown line," Valin said of the town engulfed by police as they hunted the younger suspect. "The wing commander and I were actually walking down that exact same street a couple years ago on our way to a Red Sox game."

Like his fellow Bostonians, Valin felt a sense of relief and enormous gratitude to Boston's police, firefighters and first responders as news of the younger suspect's capture spread through his Afghanistan base.

"I lived in Khobar Towers. I was at the top of the World Trade Center with my son a month before 9/11. I was flying 757s for United Airlines at the time of the attacks," he said. "From that, I've seen and learned to see the resilience of people."

As he works to prevent further terrorist attacks and to improve the lives of Afghans, Col. Robert Valin wears his Boston Red Sox gear with patriotism and pride. While grieving for the families affected by the attacks on his city, his faith in Boston's ability to overcome tragedy is unflinching.

"I also know the people," he said. "And they're strong people."