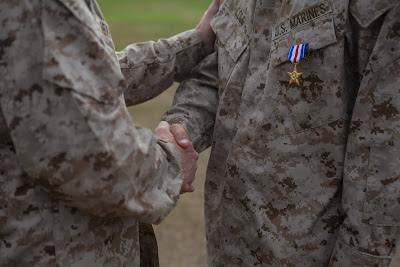 Lance Cpl. Jeffrey Cole received the Silver Star for his gallant response to an enemy ambush in Marjah, Afghanistan. Yet even while describing the battle's harrowing events, the 22-year-old Georgia native insisted that his fellow Marines are more deserving of recognition.

"I didn't do anything comparative to what they did," Lance Cpl. Cole told The Unknown Soldiers. "I was shot, but I was not wounded, which allowed me to do what I did, and then in the process of me doing that, I got wounded."

While genuine humility is common amongst the roughly 1 percent of Americans who volunteer for military service, Cole's modesty, even after recently receiving the nation's third-highest military honor, is nevertheless striking.

"They deserve the award and not me," he said. "What I saw that day was the most impressive thing I've ever seen in my life."

Cole, eight fellow Marines, and a Navy Hospital Corpsman were on an Aug. 17, 2010, reconnaissance mission in southern Afghanistan's searing heat when the Taliban staged a sneak attack.

"It just erupted," Cole said. "It came out of nowhere."

Cole was hit by rapid fire at virtually the same moment as five fellow Marines. The difference was that Cole's body armor stopped the enemy rounds while the other men were bleeding.

"I got back up after being shot and I was mad, obviously, because I was shot and everyone else was shot," the Marine said. "I just started shooting in the tree line 100 yards away at all the Taliban that were there."

Over the next 30 minutes, the Marines, including Cole and all five others who'd been hit, took the fight to the enemy using only a ditch as cover. As a machine gunner lay bleeding, Cole volunteered to fill his role and confront the enemy head on.

Cole unleashed a hail of bullets as the terrorists, who were moving closer to the ditch, scrambled for cover. Standing up and exposing himself to the enemy, the Marine continued firing until he was struck by three more bullets. And this time, body armor couldn't protect him.

"I had two go through my arm," Cole said. "It threw me back into the ditch and they put a tourniquet on me." 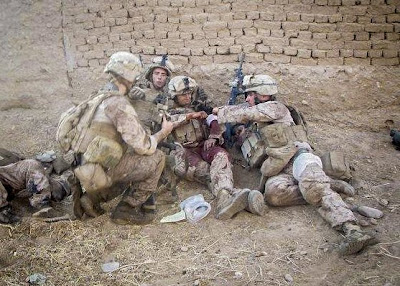 As the sweaty Marine lay in the ditch with blood spraying from his left arm, which was almost completely numb after one of the bullets severed a nerve, Cole knew his patrol had to move to a safer position, and fast.

"At that point I was the sixth wounded Marine out of only ten," he said. "So it was like, 'all right, we gotta get out of here now.'"

After making it into a nearby compound, the Marines frantically fixed a broken radio to call in air support while securing a perimeter to prevent further attacks. Finally, with the Taliban approximately 30 yards away, U.S. helicopters arrived to evacuate the outnumbered, decimated patrol. All six wounded Marines survived.

Almost two years after bravely grabbing a machine gun and temporarily halting the enemy advance, Cole has endured seven surgeries and countless hours of physical therapy, leaving him with about 40 percent usage of his left arm. Instead of taking any credit for his heroic actions, though, the Marine is focused on regaining his strength. 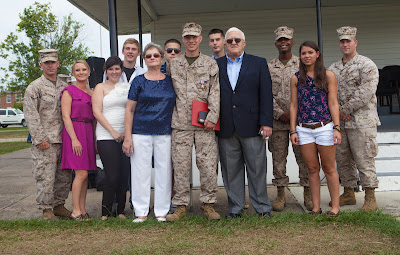 With a Silver Star medal to his name, Cole is recovering at North Carolina's Camp Lejeune while occasionally visiting his family in Woodstock, Ga. He hasn't decided how long he'll stay in the military, although he's committed to always helping other wounded warriors, no matter where his career path ultimately leads.

While reluctant to embrace the term "hero," warriors like Lance Cpl. Jeffrey Cole and his fellow troops deserve adulation. During uncertain times, they are shining stars that every American can be proud of. 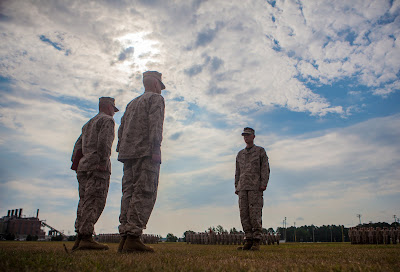