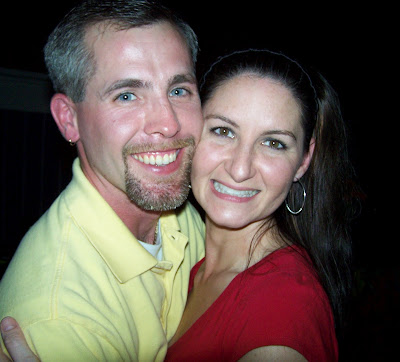 For Christy Meador, Thursday night is bowling night. Not only is the sport a beloved hobby but her favorite Columbia, S.C., bowling alley is also where she met her future husband, Sgt. John David Meador II, known to most as "J.D."

"He also had a nickname of 'Maverick' because my favorite movie is 'Top Gun,'" Sgt. Meador's wife, Christy Meador, told "The Unknown Soldiers." "He looked a lot like Maverick."

After meeting in 2002, Christy and her Tom Cruise look-alike, who was working part-time as a bartender at the bowling alley, fell in love. But no matter where married life took the couple, they never missed league games with friends on Thursday nights.

"We would always bowl," Christy said. "He could bring a smile to everyone."

In October 2010 — the month of J.D. and Christy's birthdays — the ex-bartender stood up on a chair and announced to the entire alley that his wife was pregnant.

"He said, 'my wife just told me we got the best birthday present ever,'" Christy recalled. "He told them I was expecting."

Eight months earlier, J.D. made another huge announcement. After previously serving in the Army, he was re-joining the military as a member of the South Carolina Army National Guard. 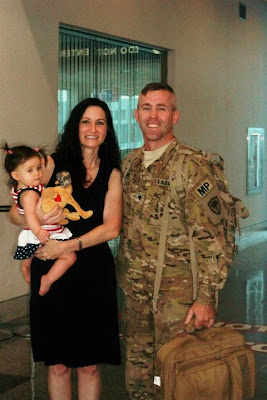 "Now I look back, and it was just so meant to be," Christy said while starting to cry. "Because I don't know where I would be today had we not had (Elana)."

When J.D. deployed to Afghanistan, his wife knew being alone with their little girl would be a challenge. But like thousands of military spouses across America, Christy came through for her soldier.

"All I could do was support him," she said.

J.D. came home on leave in April, which gave him the chance to share unforgettable moments with loved ones, including his older daughter. The highlight was finally spending time with baby Elana.

"He got to see her, hold her and talk to her," Christy said. 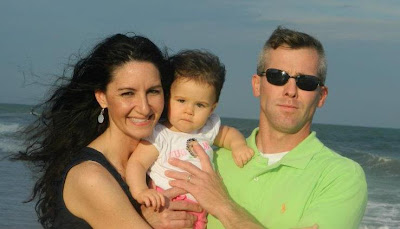 When the 36-year-old soldier returned to eastern Afghanistan's Khost Province, the first thing he did was look above his bunk. Every month, his wife sent him new sets of footprints to remind J.D. how quickly their little girl was growing.

"He had gotten his Father's Day box," she said. "I already marked it 12 months because Elana's first birthday is (June) 27."

On June 19, the couple saw each other on Skype. Things had gotten "scary" over there, J.D. explained, and he needed Christy's prayers. Their conversation was interrupted by background noise from Elana, which immediately perked the soldier up.

Before Christy could bring Elana downstairs, J.D. disappeared from the screen after his base lost power. The last text message Christy received from her husband was later that afternoon.

"Please kiss my baby for me," it read. 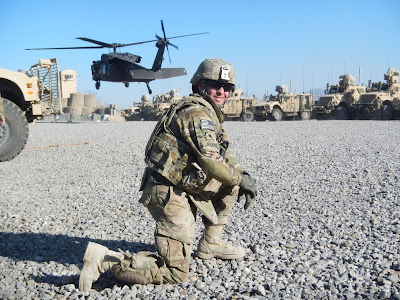 Christy was at work on June 20 when a strange car approached. As soon as she saw an Army officer's dress blues, she knew J.D. was dead.

"I am so sorry to tell you, but your husband was killed in action," the soldier said as Christy dropped to the floor.

Before J.D. left for Afghanistan, his wife asked him to record two audiobooks for his little girl.

"We read them every night," Elana's tearful mom said.

Christy Meador is one of numerous military spouses to lose a loved one during the violent summer of 2012. This column exists to keep the military community's heroism in the spotlight.

"There are so many people out there, even good friends of mine, saying, 'I can't believe he left you and that baby,'" Christy said. "I say, 'You don't understand. It's something he wanted to do.'"

The Thursday night bowling league in Columbia, S.C., will always be missing a star player. But from the mountains of Afghanistan to the hearts of his loving wife and daughters, the selfless legacy of Sgt. John David Meador II rolls on. 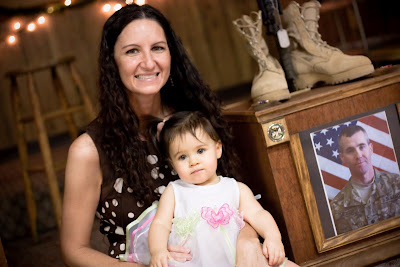