'They're Not Toy Soldiers' 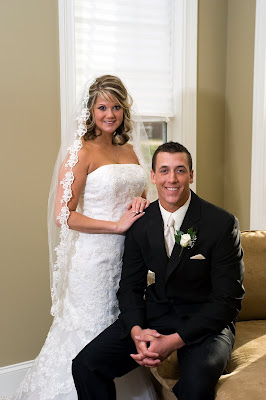 "They're not toy soldiers," Linda Mills told The Unknown Soldiers on April 13. "They're real people, and they're not just numbers."

Less than two months after our interview, Linda, the wife of deployed U.S. Army Staff Sgt. Andrew Mills, was picking up dinner at a local Pizza Hut near North Carolina's Fort Bragg. She was planning a fun Thursday evening with some girlfriends, as was customary while their husbands were deployed to Afghanistan.

As the cheery, blonde-haired military spouse drove home in a car filled with the smell of fresh pizza, a call came in on her cell phone from a strange number. As she answered tepidly, a sinking feeling filled her stomach.

"Your husband has been seriously wounded in Afghanistan," a solemn voice on the other end of the line said. "That is all the information we have at this time."

"The worst call of my life," Linda wrote in an email informing me of her husband's injuries. "I didn't have much information the first 12 hours except the fact that 1) he was alive and 2) he was classified as the highest level of injury according to the Army."

Having profiled this fine Army couple in a previous column, I felt sick to my stomach as I read Linda's heartfelt email. Yet when I called her a few minutes later, I was immediately inspired by the Army wife's calm, compassionate demeanor.

"You don't have to say you're sorry," she told me. "Drew is alive, and he'll be coming home soon."

While precise details of the horrific attack are fuzzy, the heroism of Drew and his fellow paratroopers is clear. After Pfc. Goodine suffered catastrophic wounds, Linda said her husband and another soldier were helping evacuate the fallen hero when a second terrorist-planted bomb exploded.

Drew sustained devastating injuries to his legs and abdomen. His fellow warrior lost both his legs.

"I continue to ask you to lift these soldiers and their families up with your prayers," Linda wrote in a Facebook post to family and friends.

After receiving the devastating news while driving home from Pizza Hut, she waited four agonizing hours for information on her husband's condition and whereabouts. At about 2 a.m. Eastern, Linda received a call from a surgeon at Bagram Airfield.

"The doctor stated (Drew) would be intubated for 12 hours before they stabilized him to be flown to Germany for more operations," she wrote.

After an exhausting, sleepless night, Linda's phone rang again. It was a nurse, who uttered the only seven words this Chicago-born, Georgia-raised military wife wanted to hear.

"Your husband wants to talk to you," the nurse said.

Calling his wife "honey bunny," the heavily sedated soldier told her there was a "big chunk missing" from his leg, while the rest of him was thankfully intact.

After cursing the Taliban for murdering Pfc. Goodine, the wounded soldier expressed sorrow for Staff Sgt. Travis Mills (no relation), another hero from his unit. Travis lost both his arms and legs in an April attack, and is currently hospitalized in Bethesda, Md.

"He couldn't imagine the pain Travis Mills went through while losing all his limbs," Linda wrote.

When I met Travis on May 24 at Walter Reed, he told me he'd just talked to Drew by phone. Today, these courageous friends share more than a last name. They are both wounded warriors.

Staff Sgt. Andrew Mills is coming home alive. Pfc. Brandon Goodine is not. The war in Afghanistan is far from over, and as Linda said in April, toy soldiers are not fighting it. These are real Americans making extraordinary sacrifices, which command our undivided attention.

Linda Mills' heart is filled with love for her husband and sorrow for his fallen and wounded comrades. She is also thankful to her family, the Army, and God. 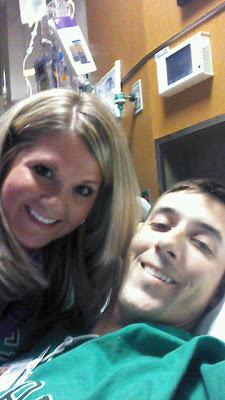 Note: Staff Sgt. Andrew Mills and his wife, Linda, were reunited on the evening of June 15 in Bethesda, Md.