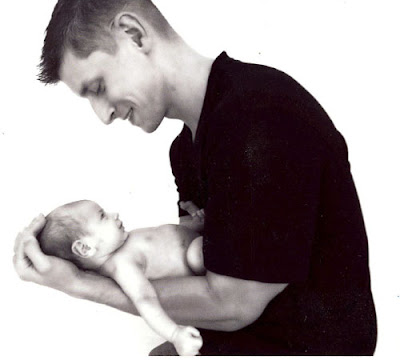 While recently visiting with his aunt, a little boy pointed to the sky as two helicopters flew over his family's Temecula, Calif., home.

The little boy is Andrew Budrejko. His father, Lt. Col. Thomas Budrejko, was one of seven Marines killed on Feb. 22 when two helicopters crashed during a training exercise near Yuma, Ariz. 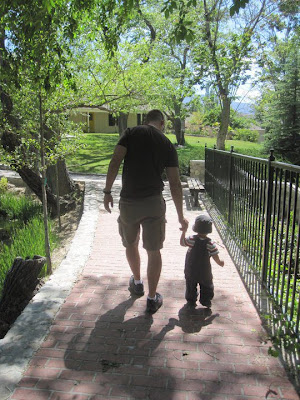 "He is so young and we all want to make sure he doesn't forget Tom," the fallen Marine's sister, Navy Reserve LT Catherine Alexander, wrote in an email to The Unknown Soldiers. "Andrew was the most important thing in Tom's life and I want to make sure he always knows that."

During 15 years of distinguished service, Lt. Col. Budrejko served in Afghanistan, Kosovo, and three times in Iraq. The 37-year-old AH-1W Cobra attack helicopter pilot was preparing for another deployment to Afghanistan when he was tragically killed on the home front.

"(The) first thing I thought was that it had to be a mistake," his sister wrote. "Tom was one of the best Cobra pilots in the Marine Corps, as his fellow Marines have told us so many times, so how could this happen to him?"

At age 13, after winning a history competition in his hometown of Montville, Conn., and later participating in a national contest, the future pilot decided he wanted to make some history of his own.

Budrejko attended the United States Naval Academy, which inspired his little sister to later come to Annapolis and follow in his footsteps.

"I looked up to Tom as long as I can remember and always (tried) to emulate him in everything I did," LT Alexander wrote.

Despite earning several medals for his accomplishments in Afghanistan, Iraq, and Kosovo, the decorated Marine rarely spoke about his heroism in combat.

"He spoke of the huge camel spiders and the dust storms that got caught up in their computers, but never spoke much about his missions," his sister explained.

Alexander breathed a sigh of relief whenever her brother came home from a dangerous combat mission.

"When he was gone on deployment, it was always in my mind that he might not make it home," she explained. "But I never worried about him while he was stateside."

Even as her brother's Memorial Service got underway at California's Camp Pendleton, the crushing loss still didn't feel quite real to the youngest of Tom's three siblings.

"He was so accomplished and in my eyes, invincible," Alexander said.

But as Marines spoke one-by-one about the selflessness of her brother during the decade and a half he devoted to our country, confusion and despair turned to acceptance and appreciation.

"I always knew how great he was, but to hear it from so many people meant so much to our family," she said. "This is where we learned about so many accomplishments that Tom had never bragged about to us."

While adjusting to life without her brother is painful, Alexander, as a member of the military herself, is also grieving for the other six families to lose a loved one in the accident.

"We continue to pray for these families and for the squadron that lost so many good men," Alexander wrote.

Many of Budrejko's fellow Marines are now deployed overseas.

"My father stays in contact with the squadron and sends packages from time to time to support them on their deployment," she added.

The training accident, which is still under investigation, has devastated the Marine's wife, Dianna. Yet to honor her husband's memory, she is committed to carrying on his legacy through their only son.

"She is trying to make sure she stays strong for Andrew and that Andrew remembers his daddy and knows he was a hero," the fallen Marine's sister explained.

Lt. Col. Thomas Budrejko was a man of strong faith. Today, as his little boy points to heaven, it is clear that his daddy is still in flight, albeit a little higher above the clouds.

"He really did live his entire 37 years and didn't waste one minute," LT Catherine Alexander wrote. "He truly was and is the best person I know." 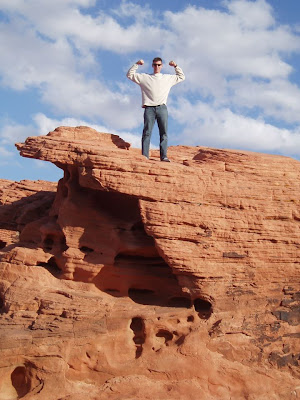