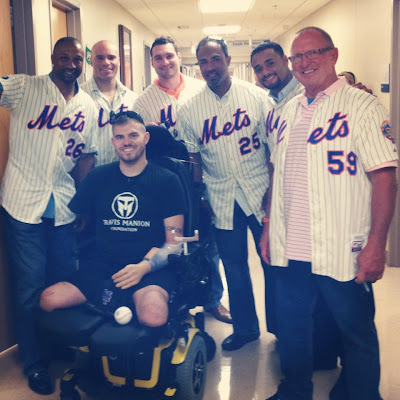 More than 20 million people tuned in for the season finale of "American Idol" on May 23. While the program's ratings are down, many continue to obsess over every detail of a glorified talent show, even while tens of thousands of U.S. troops fight in Afghanistan.

With all due respect to Phillip Phillips, the winner of this year's contest, I got to meet a real celebrity on May 24 in Bethesda, Md. His name is Staff Sgt. Travis Mills, and the wounded warrior represents all that is good about our country.

The Walter Reed National Military Medical Center is a place where startling examples of our military's post-9/11 sacrifices are tragically commonplace. While walking through the enormous facility's long hallways, I saw several wounded warriors — many with severe injuries — roll by on their wheelchairs.

Many of these heroes are barely old enough to buy a beer.

Staff Sgt. Mills is 25, and his wife, Kelsey, gave birth to their first child about seven months before an Apr. 10 explosion robbed the soldier of both his arms and legs. I was holding their baby girl, Chloe, when the wounded Army paratrooper came out of the hospital elevator with his wife.

Seeing a young, handsome man without four limbs for the first time is a visceral experience. But not for one second did I look away, as I was proud to be in the company of someone who sacrificed so much to protect the families of civilians like me.

As I put my hand on his shoulder to say thanks, the Vassar, Mich. native looked up, smiled, and said five simple words.

Perhaps the most unique aspect of the visit was getting to see Travis interact with Ryan Manion. Ryan lost her brother, Marine 1st Lt. Travis Manion, 26, in Iraq on Apr. 29, 2007. We visited the Mills family to show our support and provide emergency financial assistance from the Travis Manion Foundation.

Ryan immediately bonded with the wounded warrior, who shares her brother's first name and his powerful, intrinsic urge to serve our country. As they talked about the challenges of the six weeks since an enemy improvised explosive device changed the soldier's life, Ryan gave him a pep talk.

"You're allowed to spend some time feeling sorry for yourself," she said with a smile. "But just remember that you get see your beautiful little girl grow up."

Travis nodded his head, looked at Chloe, and incredibly, said he was a lucky man.

If an enemy sniper's bullet had struck Ryan's brother a few inches in either direction, 1st Lt. Manion may have come home in a wheelchair instead of a flag-draped casket.

"I would give anything to have Travis here, no matter what kind of shape he was in," Ryan told the Mills family. 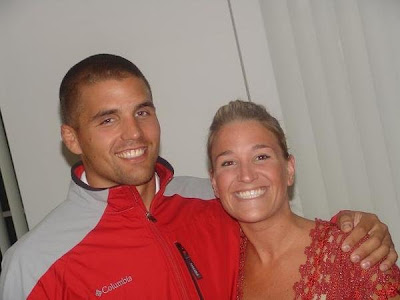 As Ryan showed compassion for another hero named Travis, the quadruple amputee showed the same genuine empathy towards her. Witnessing the interaction between two people who have been so deeply affected by America's post-9/11 conflicts was both sobering and enlightening.

Baby Chloe is too young to understand what's happened to her dad, yet she loves him more than ever. She often sits at the base of his wheelchair — where a patient's legs would normally rest — and gives him huge bear hugs. Given the love that's surrounding Travis, as well as his positive attitude, there is reason for optimism amid incomprehensible pain.

As Americans, we can no longer ignore the sacrifices of our troops and their families. While there is nothing wrong with distracting ourselves by going to the movies or watching a "reality" TV show, too many of us — particularly some in the national media — are creating an alternate reality while our country is still at war.

My reminder of America's continuing conflict is a red, white, and blue bracelet given to me by the Mills family. On one side is the address of a wonderful website set up to rally around the wounded soldier: travismills.org. "American hero" is written on the other.

Staff Sgt. Travis Mills objects to being called an American hero. In his mind, he was just doing his job. In mine, he is a real-life "American Idol." 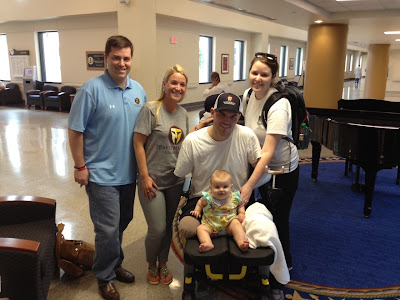