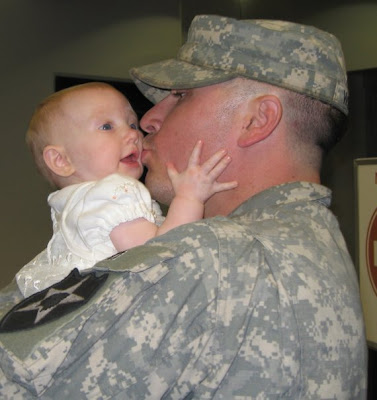 Inside Sonya Williams' Columbus, Ga., home is a special room full of cherished memories. It's called "The Jesse Room."

Named after her fallen husband, Staff Sgt. Jesse Williams, it's a place for Amaya, the couple's six-year-old daughter, to spend time with daddy.

"We talk about him all the time," Sonya said.

Ever since the summer of 2004, when Staff Sgt. Williams walked into the restaurant Sonya was working in and asked the waitress out on a date, she was attracted to his charisma. When she initially hesitated to accept Jesse's invitation, he was relentless in trying to convince her.

"Well, I'm going back to Iraq in nine days, and you may never see me again," the soldier, on leave from a combat deployment, said with a smile.

Sonya said yes, and spent the next nine days getting to know the charming warrior. Before and after Jesse returned to battle, Sonya found herself marveling at his brilliant sense of humor.

"I was really drawn to that, as was everybody," she said. "His presence could fill up a whole room."

On Dec. 23, 2004, about one month after Jesse returned from Iraq, the soldier asked Sonya to marry him. This time, the answer was a quick and resounding "yes."

On Dec. 23, 2006, Jesse and Sonya hugged and kissed each other for the last time while holding their six-month-old daughter. Once again, the soldier was returning to Iraq from mid-deployment leave, except this time, they both knew he wasn't coming back.

"It was at that moment at the airport that we knew we'd never see each other again," Sonya said.

"That was certainly a turning point for me."

Violence in Baqubah, an insurgent hotbed about 30 miles northeast of Baghdad, had reached a boiling point during the soldier's second deployment with the Army's Stryker Brigade Combat Team. Just three weeks before his death, Jesse and a fellow soldier risked their lives on the battlefield to pull their comrades out of a burning vehicle. 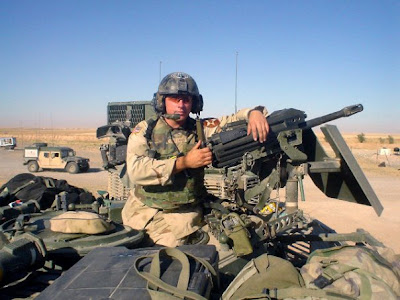 Back in Santa Rosa, Calif., where the Williams family was living, Sonya and baby Amaya were driving to a relative's house for Easter Sunday. While she knew in her heart that her husband wouldn't come home alive, Sonya managed a smile when one of his favorite Bob Marley songs came on the radio.

At that exact moment on April 8, 2007, she later learned, Jesse was fighting on Baqubah's treacherous streets. According to the Pentagon, the soldier, 25, was struck by small arms fire while conducting combat operations.

Sonya was notified of her husband's death at her mother's house.

"I saw [the casualty officers] out of the corner of my eye," she recounted. "My mom scooped the baby from my arms and I hit the floor."

Next for Sonya was a painful visit to the house of her husband's father, Herb Williams, with whom Jesse was extremely close. Later, a heartfelt letter the loyal son wrote to his dad before his first deployment — in case of his death — was found in the fallen hero's wallet.

The soldier also asked his father for a special favor.

"Don't let me be forgotten," he wrote.

After his death, an overwhelming response from the surrounding northern California community made clear that Staff Sgt. Jesse Williams would always be remembered.

"Truly, that is what helped us make it through it," Sonya said. "It was totally unexpected."

Even though the Army widow, 32, and her daughter have since moved to a new city, one constant is "The Jesse Room." In these precious confines, young Amaya can often be found sitting with her mom and Sonya's fiance, a soldier who once served alongside Jesse in Iraq. Every day, they share memories of Amaya's dad.

"Over the years, I've learned to embrace these moments — the emotional moments — because it reminds me of how much I loved him and still love him," Sonya Williams said.

As a little girl learns about her dad through photos, videos, and letters, perhaps we can create more space in our lives to appreciate America's courageous military families. Without their sacrifices, every room in our homes would be empty. 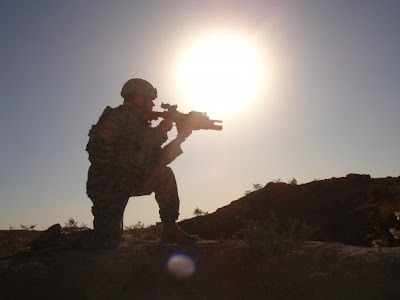