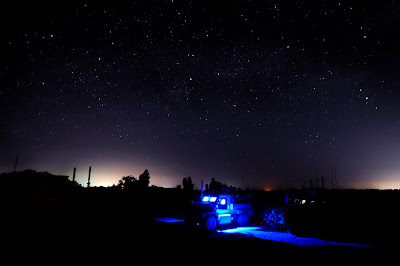 As Tuesday dawns in Afghanistan, it is Monday night in a nation that has spent more than eight years fighting terrorism in the war-torn land. While news from the front has been mostly missing from daily headlines for several years in the United States, the tragic events of June 7 command our undivided attention.

Numerous reports, citing information from NATO's International Security Assistance Force and U.S. military officials, said seven American troops were killed in three separate Monday tragedies. Three allied soldiers, from countries that have not been specified by NATO, were also lost in the fighting.

Two American volunteer warriors fell in southern Afghanistan, one in a small arms attack and the other in a bombing. In the east, five U.S. troops died when a roadside bomb planted by terrorists exploded near their patrol. The identities of these seven American heroes will be revealed in the coming days, after the military has officially notified their families.

On the homefront, the Pentagon announced Monday that four families in three states were recently informed their loved ones were killed in Afghanistan. The first three men listed below are Marines who lost their lives on Sunday in Helmand province, while the fourth is a U.S. soldier who died in Kandahar on Friday.

As the 9:00 p.m. sky settles on the incomplete southern Manhattan skyline, let's all light candles in our neighborhoods for these eleven families. While seven are not yet aware that a husband, wife, son, or daughter fell on the battlefield, I hope they already know the communities surrounding them stand ready in case tragedy strikes one of their own. Soon, it will be time for these towns or cities to shine, and prove that no fallen American hero's family will ever be abandoned. Amid war's solemn darkness, there can still be a glimmer of light.

Though I walk through the valley of the shadow of death, I will fear no evil: For thou art with me.