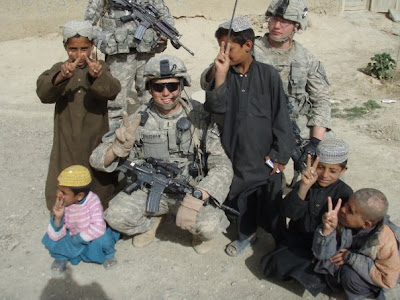 "Service (to others) is the foundation of life," future 1st Lt. Brian Bradshaw wrote as a junior in high school. "Without service, our lives have the same impact and meaning as a stick lying on the ground."

One year ago today, America lost a young man who dedicated his life to helping his fellow man, from Washington state all the way to Afghanistan. The idea that 1st Lt. Bradshaw served others is not a cliche, because he backed it up with every bone in his body.

"He had many connections to people, and he made everyone around him better," Bradshaw's aunt, Martha Gillis, told The Unknown Soldiers in January. "He has made everyone he touched think more about not wasting opportunities."

While being raised by military parents in Steilacoom, Washington, Bradshaw joined the Pierce County Search and Rescue team, which specializes in finding missing hikers and mountain climbers. He later volunteered at two Catholic youth organization camps, where he had once spent many summer days during his childhood. Instead of spending his teenage years out partying every night, he mentored children and taught them how to deal with fear and disappointment. Many parents told the Bradshaw family that he served as an inspiration for their sons and daughters.

Even though he was "living life in high gear," climbing mountains and hiking difficult trails in the Washington state and British Columbia wilderness, the time came for Bradshaw to make a decision about his career. Despite the fact that both his parents had long military histories, they were not pushing him toward a post-9/11enlistment in the Armed Forces. Ultimately, his family said he decided to join the Army not necessarily to "blow guys up," but to help children and adults caught in the middle of a war zone.

While completing the mission was always his top priority, Bradshaw insisted on taking extra time to reach out to kids during his deployment. He frequently asked relatives and friends for packages of candy and toys, which he would then hand out to young Afghans in local villages. Giving crayons to kids may not be universally recognized as an act of heroism. Yet during a war where terrorists hide improvised explosive devices under piles of garbage and strap bombs to themselves or others, are the efforts of Bradshaw and his fellow troops not compassionate and brave?

1st Lt. Bradshaw died of wounds suffered from a June 25, 2009, explosion in Kheyl, Afghanistan. Capt. James Adair and Master Sgt. Paul Riley, who flew the volunteer warrior's flag-draped casket home on a C-130 from Bagram Air Base, wrote a poignant letter to the Bradshaw family. This is an excerpt:

Before closing up the back of the aircraft, one of Brian's men, with tears running down his face, said "That’s my platoon leader, please take care of him."

We taxied back on the runway, and, as we began rolling for takeoff, I looked to my right. Brian’s platoon had not moved from where they were standing in the darkness. As we rolled past, his men saluted him one more time; their way to honor him one last time as best they could. We will never forget this.

Determined to honor their 24-year-old son's sacrifice, Bradshaw's parents showed strength in the aftermath of the tragic bombing, even on the day he was buried.

"I came away from that service so impressed and respectful of Mary and Paul," Gillis told me.

While Bradshaw was decorated for valor on the battlefield, his legacy will be the difference he made in the lives of children around the world. Thanks to about $50,000 in donations, a special high ropes obstacle was built at Camp Hamilton in the fallen soldier's honor. Officially dedicated on May 22, Washington state kids are now swinging around in the sky on the Brian Bradshaw Memorial Challenge Course. Half a world away in Afghanistan, there are children still coloring with the crayons Bradshaw and his unit risked their lives to hand out. Some of those same kids are still alive because of the missions he helped complete.

A year after his death, 1st Lt. Brian Bradshaw is still having a measurable impact on the society he pledged to serve from a young age. While perfection is a quality no man can reach, it's hard to imagine someone doing more with 24 years. 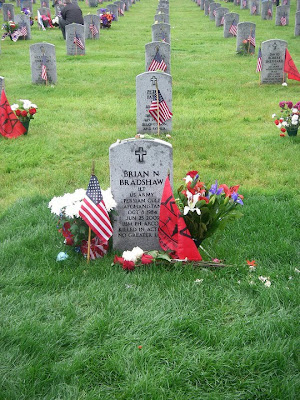