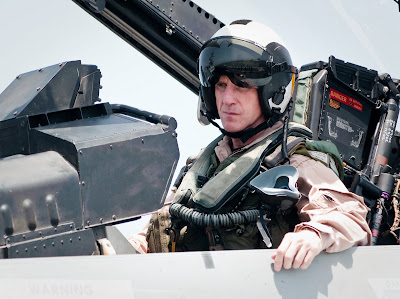 Gen. Stanley McChrystal has resigned as the top American commander in Afghanistan. Assuming there is a smooth confirmation process, he will be replaced by Gen. David Petraeus, the head of U.S. Central Command. While opinions are strong on both sides about this controversy, spurred by a series of interviews Gen. McChrystal and his staff granted to Rolling Stone magazine, two facts are clear and indisputable. Today is a sad day for our country, yet we must quickly refocus our attention to our men and women serving on the ground in Afghanistan as they risk everything for the sake of victory.

As I have written about extensively, the U.S. media's drive-by coverage of the wars in Afghanistan and Iraq in recent years, especially on cable news, damages the morale of our troops, military families, and the American public. The explosion of media attention over the McChrystal incident is warranted, as the military's leadership is very important to the overall post-9/11 conflict. Yet it also exposes a tremendous gap in press interest between events on the ground and events in Washington. Afghanistan and Iraq should be a major part of the national discussion every single day, instead of only when controversy erupts or U.S. troops are accused of wrongdoing. While political bickering and celebrity 'news' will almost always be the first choice of ratings-driven news executives, we have the power to change it by demanding a fuller perspective about the wars our nation continues to fight.

Debating whether Gen. McChrystal and his staff should have given these interviews, or if President Obama should have replaced the wartime commander, are certainly valid topics of discussion. Yet I believe the stakes are too high to divert attention from the sacrifices our troops are making every single day. The Pentagon announced the deaths of six soldiers within a recent 24-hour span, showing how dangerous the battlefield remains. Americans cannot collectively honor our heroes, or understand the impact of war on families and communities, if we are not informed.

Gen. Petraeus, after he is confirmed as the new commander of the war effort in Afghanistan, has another enormous task ahead of him after already spending many sleepless nights leading our troops. I hope you will join me in praying for his continued strength, creativity, and health. Putting the current controversy aside for a moment, we should also thank Gen. McChrystal and his family for many years of dedicated service to this proud nation. Most importantly, we must keep every volunteer warrior, as well as their loved ones, in our daily thoughts. When it comes to the debt all of us owe to these protectors of freedom, there is no debate.