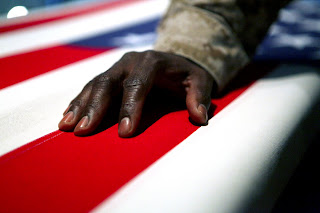 Throughout Monday, the Pentagon released casualty notices from recent fighting in the war on terrorism. Five fallen heroes were identified, and all were killed in action in Afghanistan. Four lost their lives in Helmand province, which continues to be one of the war zone's most dangerous regions, while the last volunteer warrior listed was killed at Contingency Outpost Zerok.

These brave Americans deserve more than simply having their names listed, and The Unknown Soldiers is committed to bringing you more about their extraordinary lives in the days to come. In the meantime, please keep the Davis, Rangel, Comfort, Shea, and Brown families in your thoughts and prayers.