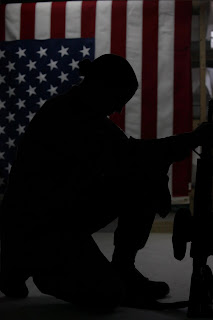 Americans are waking up to solemn news from Afghanistan's capital city.

According to the International Security Assistance Force, six international servicemembers were killed this morning when terrorists blew up a vehicle near a military convoy and civilians in Kabul. CNN and numerous U.S. media outlets report that five of the six fallen troops are Americans. NATO Secretary-General Anders Fogh Rasmussen is outraged by the attack.

The Darulaman Road car bomb killed numerous women and children and wounded dozens of Afghan civilians, including some traveling on a bus. More than a dozen civilian vehicles were destroyed, along with at least five military vehicles. Several media outlets are reporting that the Taliban has already claimed responsibility for the brutal attack.

Five American families will soon receive terrible news from the Pentagon because of the cowardly actions of terrorists. While the U.S. military will undoubtedly respond with swift and firm resolve to this attack on our countrymen and innocent civilians, we must never forget the troops who perished this morning. As we pray for their families, The Unknown Soldiers pledges to bring each unique, important personal story to you in the weeks ahead.
Posted by Tom Sileo at 9:12 AM