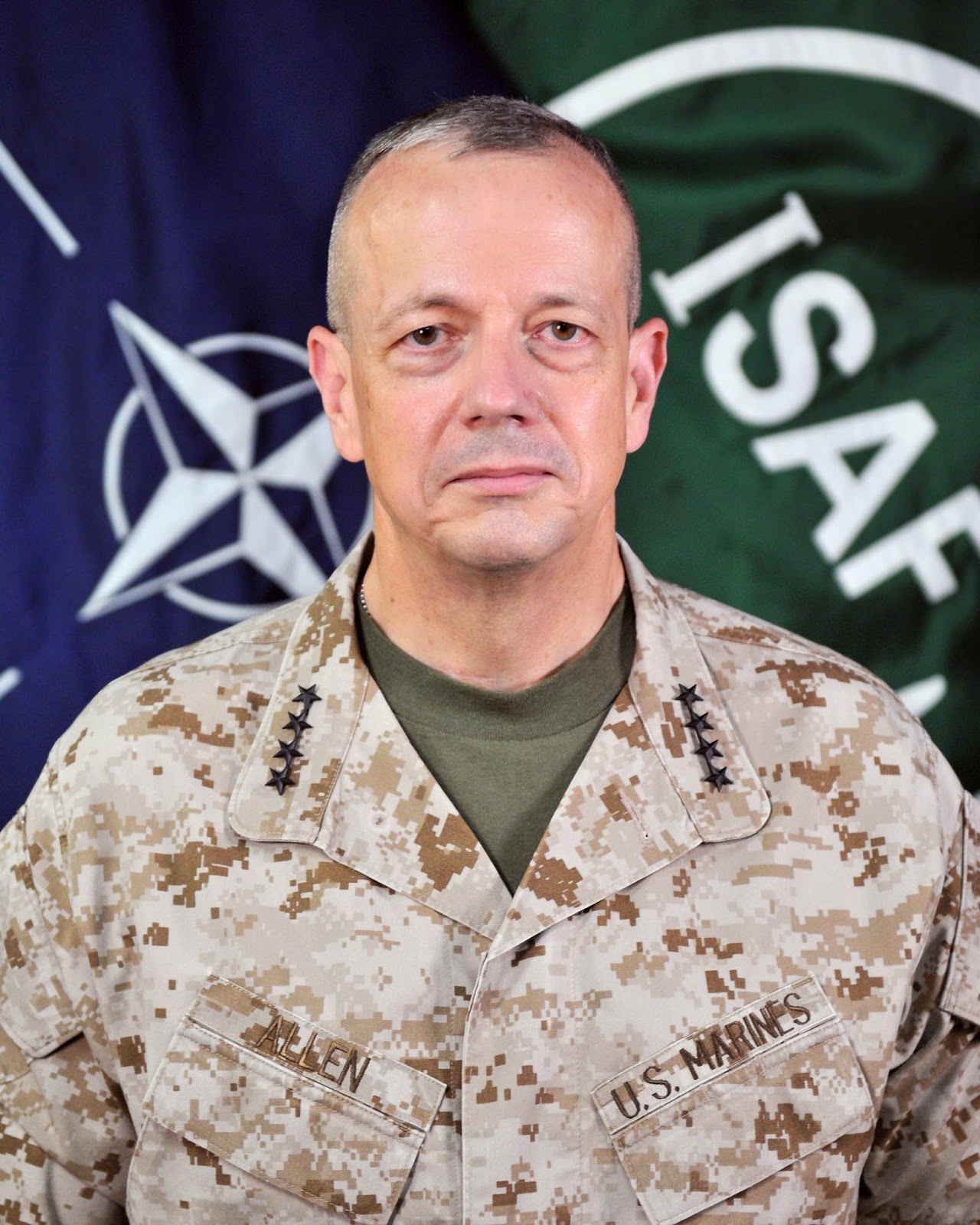 I could see fire in the eyes of retired U.S. Marine Gen. John Allen shortly after someone at a recent Washington forum told the former commander of U.S. forces in Afghanistan that al-Qaida has "demonstrated a great deal of valor" since 9/11.

"I don't see any valor in al-Qaida," Gen. Allen said in response to the audience member. "My first real experience with the horrific dimension of al-Qaida was the day they cut the heads off of four children going to school because they were the children of a sheikh.

"I see no valor in that," Allen, who also commanded U.S. Marines in Iraq's most violent province, continued. "And I eventually deserve the right to define valor the way I want to define it, and not how other people would like to create a relativistic view of valor."

Allen has led thousands of brave men and women into battle, and clearly agonizes for every brave American killed or wounded in Afghanistan and Iraq. Nevertheless, he was calm and respectful while answering the questioner, who also told the accomplished military leader that "you have to admire the way [al-Qaida] fought your people."

After Allen named several terrorist organizations that he and forces under his command fought on foreign soil, he reminded the audience member that each group has "killed far more civilians in Afghanistan than they ever killed of Afghan National Security forces or my own forces."

"So I see no valor in that," the general reiterated. 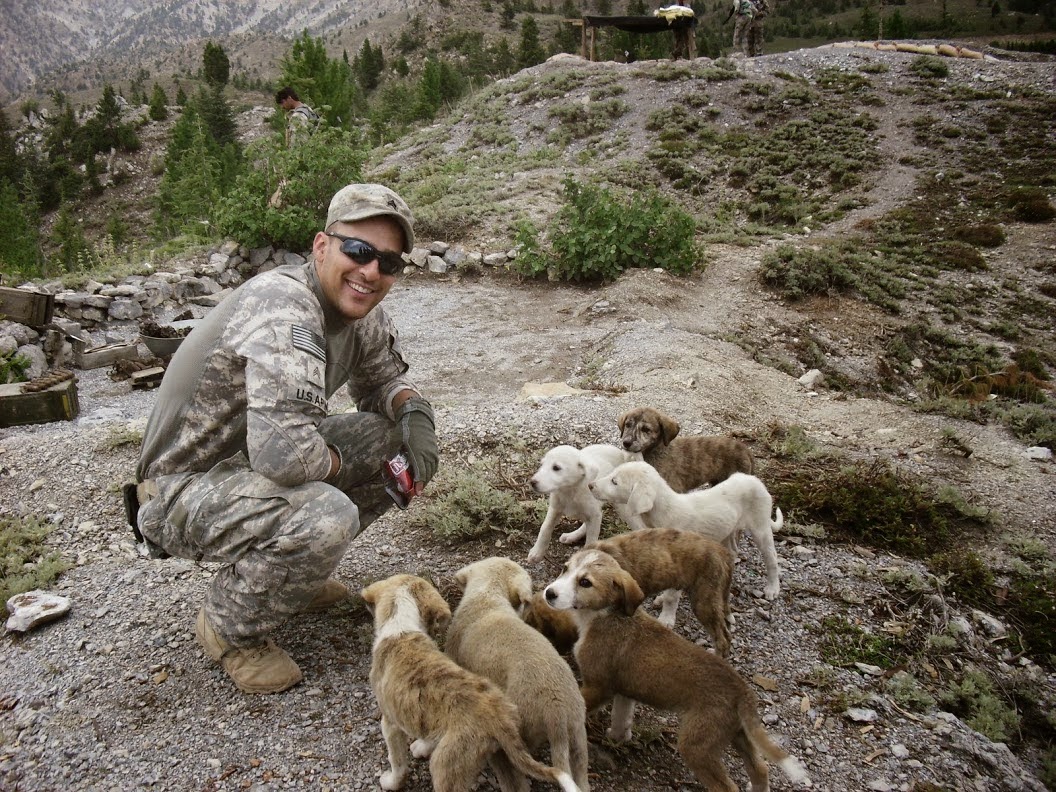 As I looked into the general's eyes, I thought of a harrowing story relayed to me by the parents of U.S. Army Sgt. Steven DeLuzio, who was killed in Afghanistan on Aug. 22, 2010 at age 25. Before he left for his final deployment, Sgt. DeLuzio got a tattoo on his arm that bore the mysterious image of an Iraqi woman's shrouded face.

As Steven patrolled the treacherous city of Ramadi in 2006, the Iraqi woman told American forces about a bomb buried on a stretch of road they would soon encounter. Without the civilian's warning, Steven's Humvee would almost certainly have struck the enemy improvised explosive device.

A few days later, Steven and his unit returned to thank the Iraqi woman for her courageous act.

"Steven found the woman, her husband, and their kids all beheaded," Mark said.

That is one example of terrorist barbarism that I heard about while writing this syndicated column. Allen, who spent 12 years battling al-Qaida and the Taliban, witnessed terrible atrocities by the enemy on a daily basis. 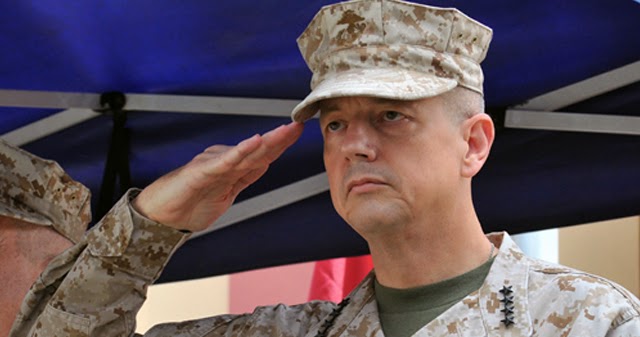 The May 22 American Enterprise Institute event was focused on the meaning of Memorial Day and "Brothers Forever," which I coauthored with retired Marine Col. Tom Manion. General Allen wrote a moving Foreword to our book, and offered another stirring, emotional reflection on the heroism of our military in person.

"At night in Afghanistan when I commanded there, I always wrote the letters home to the families of our dead at night," he said. "And I'd always take the time to go through the kid's record book to see when they were born.

Memorial Day weekend is over. Soon, the war in Afghanistan — according to politicians overseeing the U.S.-led effort — will be over, too.

As a significant chapter of American history comes to close, there are two sentiments that I hope will never cease. First: gratitude to the valiant men and women to serve our country in uniform, and second: disdain for the terrorists who started this war.

"To get to your point about whether we can coexist with al-Qaida: I hope not," Gen. John Allen said to his questioner. "I hope that al-Qaida has to wonder every night whether they'll wake up the next morning alive."

Tom Sileo is a nationally syndicated columnist and co-author of BROTHERS FOREVER: The Enduring Bond Between a Marine and a Navy SEAL that Transcended Their Ultimate Sacrifice. Written with Col. Tom Manion (Ret.) and published by Da Capo Press, BROTHERS FOREVER is available now. To find out more about Tom Sileo, or to read features by other Creators Syndicate writers and cartoonists, visit the Creators website.
Posted by Tom Sileo at 10:36 AM