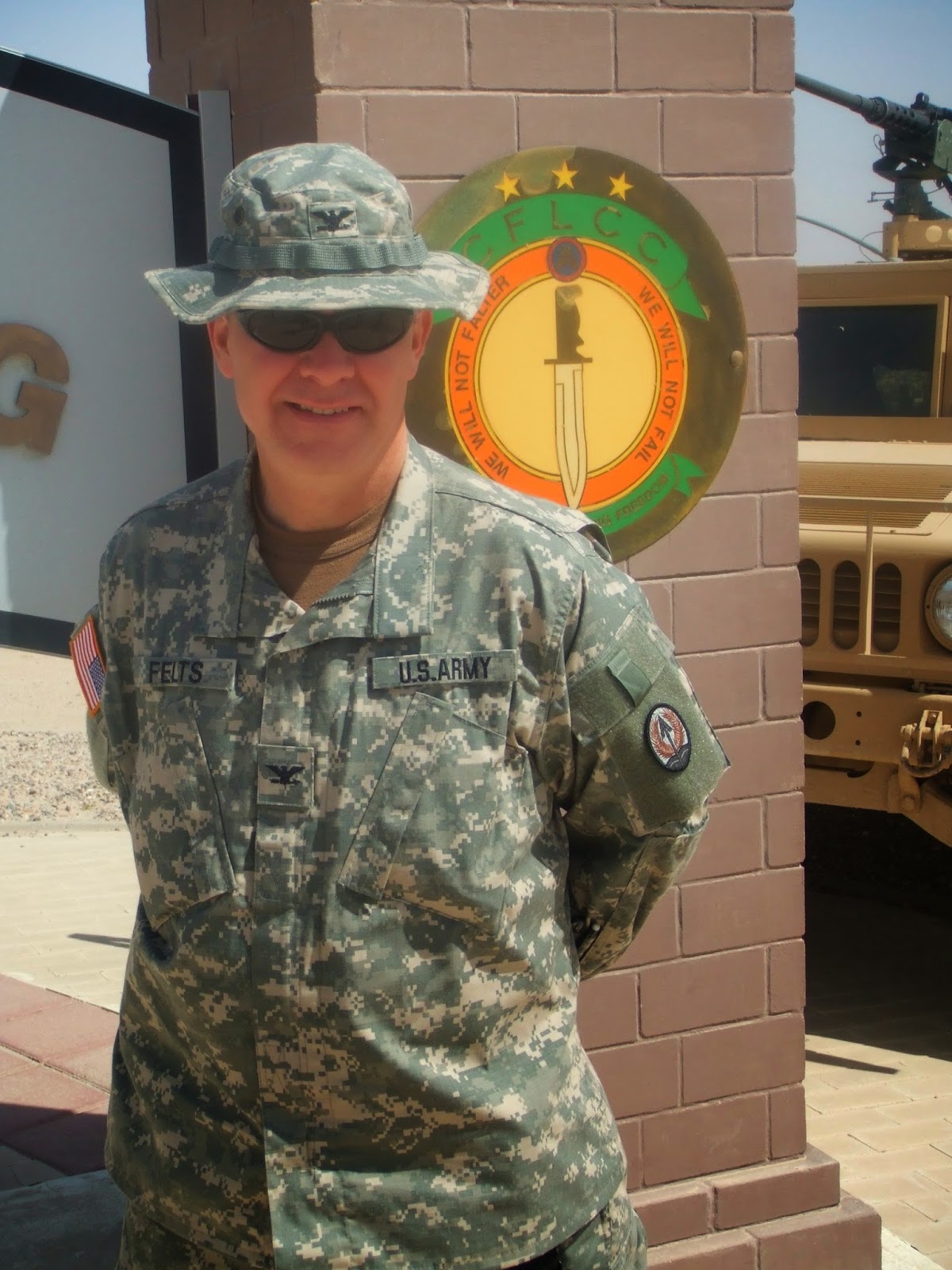 Sara Beth Bedgood was only 13 years old on Sept. 11, 2001. As the Twin Towers collapsed, she felt anguish for the victims and a deep sense of concern for her father, Col. Thomas Felts Sr., who had been serving in the U.S. Army since before she was born.

"I remember thinking that my dad's going to have to go to war," Sara Beth said. "He's going to go fight people."

To this day, Sara Beth vividly recalls a conversation she had with her dad just as the U.S.-led war on terrorism got underway.

"Yeah, that's my job ... that's my duty," she quoted her father as saying. "That's what I train to do every single day."

As the oldest of four children, Sara Beth had the clearest understanding of a soldier's sacrifices. Ever since she was a little girl, she had been moving around the world with her parents and siblings, while also observing her father's shared commitment to family and country.

"Even when he was away, he knew what we were doing in school," Sara Beth said. "He and my mom talked constantly and he was very much a part of our lives, no matter what."

Sara Beth recalls going to work with her father one day when she was young.

"I remember another soldier saluting my dad and saying 'yes, sir,'" she said. "And I remember thinking that my dad was very important."

Indeed, by the time Col. Felts and his family moved to Fort Leavenworth in Kansas, he was a deeply respected military officer who was known for genuinely caring about the soldiers under his command.

"He shared with me how much he admired the men around him," Sara Beth said.

While the Felts family had started preparing for a combat deployment on 9/11, it took almost five years for the colonel to deploy overseas. For such a dedicated leader, watching younger troops go to Iraq and Afghanistan while he stayed on the home front "really tore him up inside," according to the soldier's oldest child.

"These men had been away from their families so many times, and he wanted to share that load," Sara Beth said.

As Sara Beth finished her senior year of high school and prepared to leave for college, her dad deployed to Iraq in the winter of 2006. 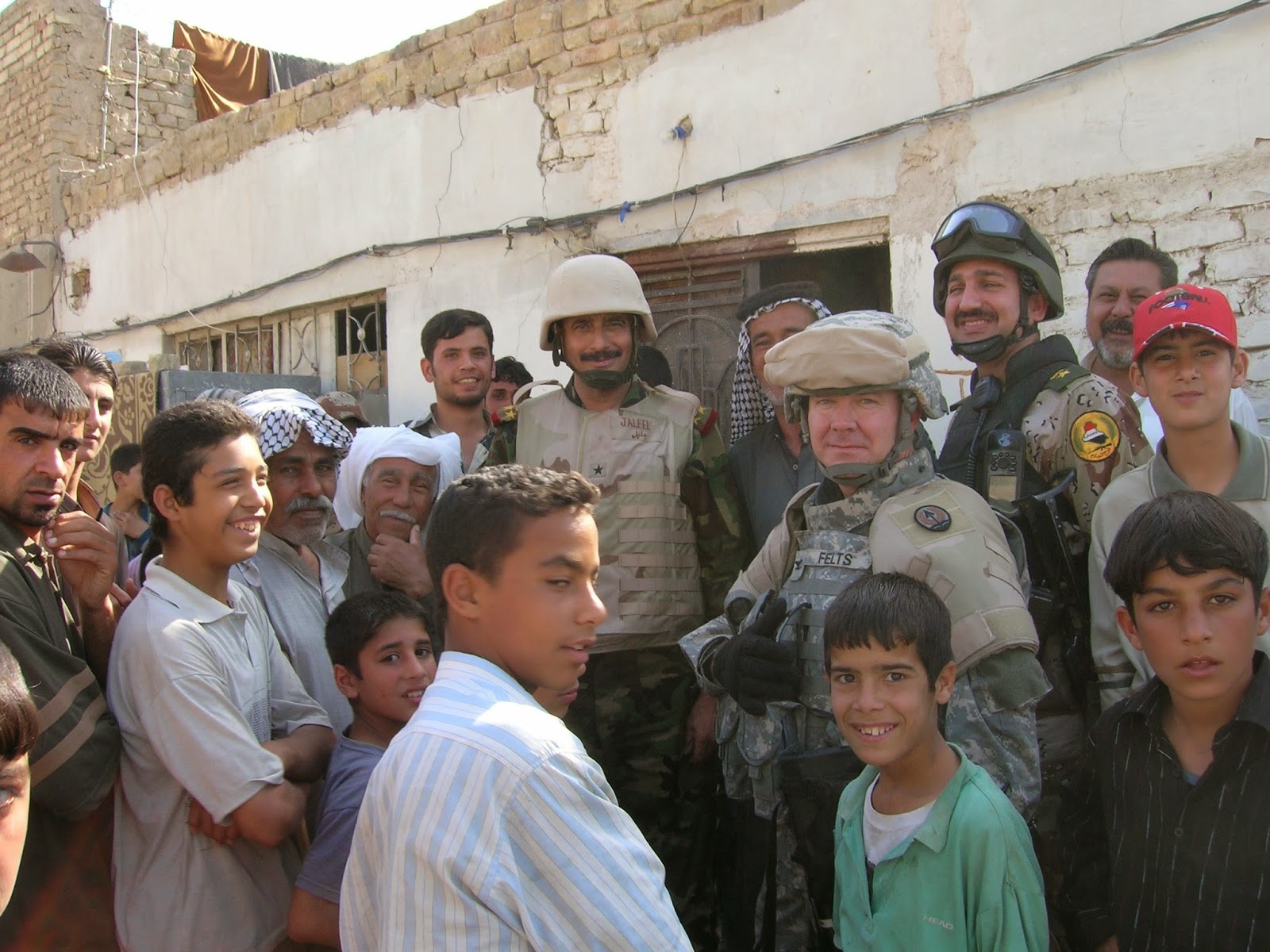 "The father of a friend of mine was supposed to go, and my dad actually volunteered in his place," she said, adding that her friend's father had already served multiple tours.

The deployment was relatively smooth until November 2006, when a group of Sara Beth's relatives unexpectedly showed up at her dorm room. She will never forget the moment her uncle delivered the most shocking news any teenager can experience.

On Nov. 14, 2006, Col. Thomas Felts Sr., 45, and Spc. Justin Garcia, 26, were killed by an improvised explosive device that blew up near their vehicle in Baghdad, according to the Pentagon. Suddenly, Sara Beth, who was attending Campbell University in Buies Creek, N.C., was heading back to Kansas for her father's funeral.

"It was very surreal," she said. "I remember clearly thinking I was in a dream."

Her dad's memorial service was attended by military leaders like Gen. David Petraeus, as well as countless relatives, friends, supporters and even a stranger who brought her little boy.

"I needed to show my son what a hero looks like," the supporter told the Felts family.

Col. Thomas Felts Sr. is remembered for his faith in God and the people around him, including his wife, four children, fellow soldiers, and even the Iraqi troops and civilians with whom he shared a close bond.

Sara Beth, 26, is now married and lives near Raleigh, N.C. Her husband is a soldier, and the couple has already endured one overseas deployment.

While Sara Beth Bedgood will always miss her father, his spirit lives on inside her heart.

"My family and I love talking about my dad and sharing his memories," she said. "We really try to keep him alive in that way. We know we're going to see him again."

Tom Sileo is a nationally syndicated columnist and co-author of BROTHERS FOREVER: The Enduring Bond Between a Marine and a Navy SEAL that Transcended Their Ultimate Sacrifice. Written with Col. Tom Manion (Ret.) and published by Da Capo Press, BROTHERS FOREVER will be released in May. To find out more about Tom Sileo, or to read features by other Creators Syndicate writers and cartoonists, visit the Creators website.
Posted by Tom Sileo at 12:26 PM