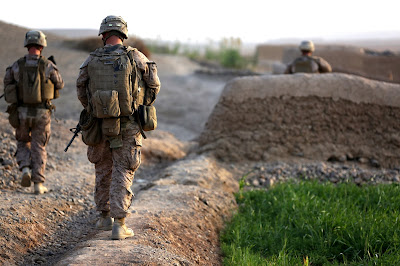 Images courtesy: Lance Cpl. Zachery Martin
One of the biggest myths about the conflict in Afghanistan is that we're "tired" of it. Given that 99 percent of Americans have never fought in the war-torn land, the pundits have once again succeeded in getting the story wrong.

I haven't served in uniform. The closest I've been to war are in places like the hospital room of a courageous soldier who lost both legs in Afghanistan or in front of a brave young Marine's open casket.

Conducting an interview with a family member of a fallen hero is often heartbreaking. But whenever I start to feel emotionally drained, I think of America's real "one percent" — the valiant men and women who serve and sacrifice.

If anyone is suffering from "war fatigue," it is our nation's military community. None of us — particularly politicians and journalists — have any business claiming otherwise.

When it comes to those propagating the myth of a country that's "exhausted" from the military's post-9/11 battles, many of the same talking heads assure us that the war in Afghanistan is also winding down. If that's the case, someone forgot to tell Beth Strickland Funk, who lost her son there on Sept. 21.

"I fell to the ground and started crying before they started saying anything," Beth said of the moment she realized that her 23-year-old son, U.S. Army Sgt. Joshua "Jay" Strickland, was dead.

Like so many other members of America's community of protectors, Beth refuses to complain.

"This has just brought home to so many people that we still need to be praying and paying attention ... and praying for our soldiers and their families," she said.

Eight years ago, the war in Iraq saturated most television and computer screens. Those responsible for setting war policy were under siege, and to this day, there are still heated debates about the conflict's merits.

There is little debate about Afghanistan because so few are paying attention. Whenever I attend a sporting event or concert, I often wonder how many in the stadium — including those on the playing field or stage — even know a war is still being fought. My guess is that if I polled the audience, less than half would answer correctly.

Only a tiny fraction of our population has to deal with the possibility of being killed or maimed in battle. Unlike World War II or Vietnam, millions have no personal connection to the war being fought by their fellow citizens.

One young American making sacrifices on our behalf is Cpl. Geoffrey Scarborough. When I spoke to the Marine in August, he was documenting perilous U.S. combat patrols in southern Afghanistan, where so many coalition forces have fought and bled since 9/11.

"It's awesome," Cpl. Scarborough said about his dangerous job.

I wish every American could speak with 23-year-olds like Cpl. Scarborough. If more of us got to know the troops, veterans and military families in our own neighborhoods, it would be impossible for so many to turn away as a war unfolds.

If there's anything I'm tired of, it's asking people to care about a conflict that started after terrorists based in Afghanistan planned an attack on our country. While there is nothing wrong with a healthy debate about whether tens of thousands should still be in harm's way, there is no excuse for looking the other way.

When I spoke to Sonja Stoeckli six weeks after her son, U.S. Army Spc. Kyle Stoeckli, was killed by an enemy improvised explosive device, she said there was nothing more difficult than feeling isolated.

"Once all the crowds and events are over, that's when the real awareness and the real pain sets in," said Sonja, who lost her 21-year-old son on June 1.

No family member of a fallen hero should ever feel alone. Being an American is not about waving a flag or paying taxes; it is about standing shoulder-to-shoulder with those who keep our nation free.

Instead of nodding our heads when others assure us that we're tired, let's devote ourselves to honoring and remembering our country's true heroes and patriots. If there's one thing I'll never be tired of, it's learning more about their remarkable lives. 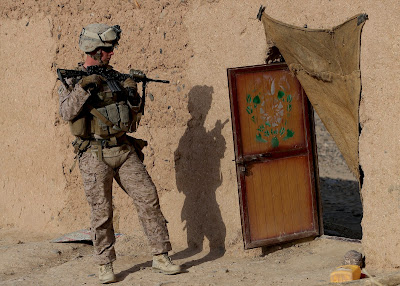 Tom Sileo is a nationally syndicated columnist and author of BROTHERS FOREVER: The Enduring Bond Between a Marine and a Navy SEAL that Transcended Their Ultimate Sacrifice. Written with Col. Tom Manion (Ret.) and published by Da Capo Press, BROTHERS FOREVER will be released in May 2014. To find out more about Tom Sileo, or to read features by other Creators Syndicate writers and cartoonists, visit the Creators Syndicate website.
Posted by Tom Sileo at 9:30 AM