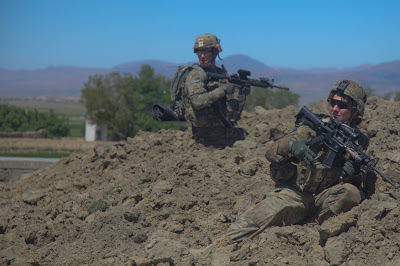 During a June trip to San Diego, I met the wife of a U.S. Navy bomb specialist who was recently killed while serving in Afghanistan. Still devastated and overwhelmed by grief, she shared a concern that is paramount, both now and in the difficult years to come.

"I just want to make sure people don't forget," she said.

The grieving widow's poignant words are similar to what I've heard from many Gold Star spouses, parents and siblings during almost three years of authoring this weekly column. While their loss hurts in a way very few can understand, they are comforted by knowing people remember their loved ones.

This is hard to write and probably even harder for many families of fallen service members to read. In 2013, most Americans are not only forgetting the sacrifices of the brave men and women who preserve their freedom; they're not noticing in the first place.

As of the month's 26th day, 15 U.S. troops had been killed in Afghanistan in June 2013. The fallen heroes are from small towns like Evans Mills, N.Y., Moseley, Va., and Panama, Okla., and large cities like Houston, Phoenix and Sacramento.

Aside from honorable ceremonies in their hometowns and on various military bases, where was the national outpouring for these fallen warriors and their families? Where were the candlelight vigils, celebrity-filled telethons and emotional speeches by national leaders on both sides of the political aisle?

Maybe some Americans were too busy at the beach, at the movies or watching the NBA and Stanley Cup Finals. Maybe some politicians on Capitol Hill, in particular, were too busy enjoying their annual Memorial Day Recess to remember what the holiday actually means.

I used to blame the media for a disturbing, dishonorable national trend. After all, the press has fostered a culture in which names of sex-tape performers are more recognizable to most than names like Sgt. Dakota Meyer, Sgt. 1st Class Leroy Petry, and Staff Sgt. Clinton Romesha, the most recent Afghanistan war heroes to receive the Medal of Honor.

In truth, we have nobody to blame but ourselves. Even after countless polls showing the national media is one of America's least respected, most mistrusted institutions, more journalists would report on the sacrifices on U.S. troops and their families if readers, viewers and web users pressured them to do so. 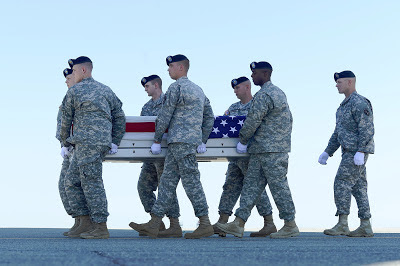 I first heard about the battle at Bagram while watching CNN at San Antonio International Airport. Many national media outlets did report news of the attack, even if some didn't subsequently report the names of the American heroes killed. After all, there were other stories to follow, like the name of Kanye West and Kim Kardashian's baby.

The media is an easy target. The much more difficult one to identify is the one staring at each of us in the mirror.

We are Americans. Thousands of good men and women have died and suffered physical and emotional trauma to give us the privilege of uttering those three words. What being an American will mean, long after the war in Afghanistan ends, is up to us.

The name of the fallen U.S. Navy hero whose wife I was honored to meet is Lt. Chris Mosko. A 28-year-old explosive ordnance disposal platoon commander, Lt. Mosko was born in Massachusetts before living different parts of his life in Connecticut, Delaware, Wisconsin, Pennsylvania, Florida and California.

During his years of military service, Chris disabled numerous enemy improvised explosive devices (IEDs) on post-9/11 battlefields. The elimination of these bombs saved countless lives, including those of innocent children. Chris was killed by an IED in Afghanistan on Apr. 26, 2012.

Will we remember Chris and his fallen brothers and sisters? Will we salute their honorable, voluntary service by overcoming our collective discomfort about discussing the sacrifices being made by the tiny percentage of the population that fights our nation's wars? 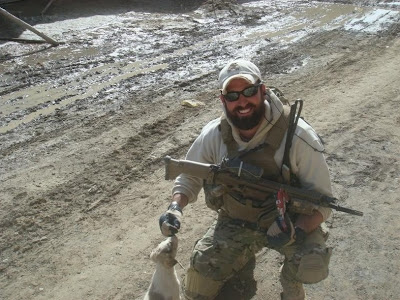