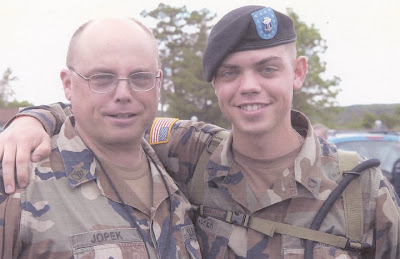 "He went to basic training when I was in Iraq," Staff Sgt. Jopek, who has since retired from the Wisconsin Army National Guard, told The Unknown Soldiers.

Brian also missed his son's high school graduation while serving in combat, but always stayed in close contact with Ryan to give him pointers on life as a soldier.

Born in Nebraska, Ryan spent his formative years in Kansas before attending the last two years of high school in Merrill, Wis., a small city on the picturesque Wisconsin River.

After suffering an early football injury, Ryan grew to love the basketball court, where he excelled from beyond the arc.

"It was just incredible to see him hit those shots," his dad said. "The other guys were a lot faster, but he was the one guy who could hit those three-point shots."

Ryan joined the Army National Guard in 2003, just as thousands of American troops were beginning to fight the nation's second war since the 9/11 attacks.

"We were very proud of him," Brian said. "He was willing to do just about anything for anyone else ... whatever he could." 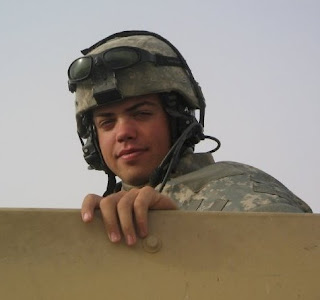 Not yet old enough to legally buy a beer, Sgt. Ryan Jopek deployed to Iraq during one of its most volatile, violent chapters. With his dad's advice in the back of his mind, the Cavalry Scout would often patrol the war-torn country's streets while manning the "gun tub" atop an armored military Humvee.

Ryan loved trucks since he was a boy.

"I took him to a couple monster truck shows when he was a little kid," Brian said. "He liked to watch monster trucks."

Ryan owned a 1966 Chevrolet pickup truck that he affectionately named "Walter" — after his all-time favorite football player, Chicago Bears legend Walter Payton — which he meticulously washed and repaired. He took both "Walter" and a new car out for spins when he came home in June 2006 for a short break from his Iraq deployment. 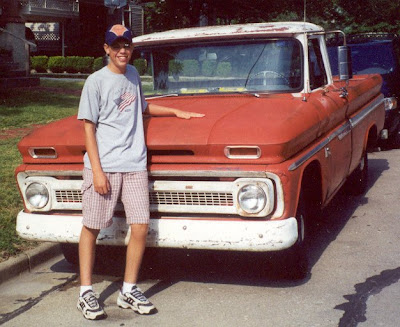 "I think he was doing pretty well overall," Brian said of Ryan's spirits before returning to war. "He didn't want to go back, but he knew he needed to ... he didn't want to leave the guys he'd been deployed with."

On the night of Aug. 1, 2006, Brian was in a bar watching monster trucks on television when he thought of Ryan and their many fun-filled outings. With Ryan's deployment nearing its end, the dad was looking forward to spending even more quality time with his 20-year-old son.

"The next morning, I got the knock on the door," Brian said. "At first, I didn't think anything of it, but when I looked at the people and saw the two officers standing there, I knew."

According to the Pentagon, Sgt. Ryan Jopek was killed on Aug. 2, 2006, when an enemy improvised explosive device blew up next to his vehicle near Saddam Hussein's hometown of Tikrit. To this day, Brian is thankful that everyone riding with his son survived.

"The driver was able to get the Humvee out of the kill zone," he said. "Thank God — as bad as it was — that it wasn't worse." 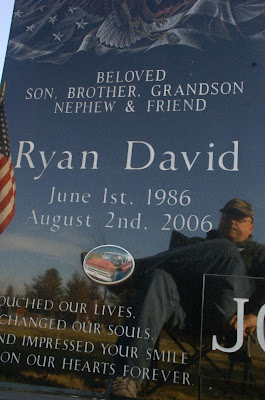 The fallen soldier's father, mother and two siblings subsequently learned that Ryan's final act, carried out just a few days before he was scheduled to leave Iraq, was selfless and heroic.

"He volunteered to go on one last mission that he didn't have to go on," Brian said. "An opening came up on that last convoy, on that gun truck, and he took it. He said he'd go."

The day before what would have been Ryan's 27th birthday, Brian Jopek reflected, as he often does while driving "Walter" around Wisconsin, about his son's willingness to go on one final combat patrol.

"To me, that one last mission is a prime demonstration of what kind of kid he was," the Gold Star father and Iraq war veteran said. "When you're over there ... that's what it's about. It's about the guys next to you."