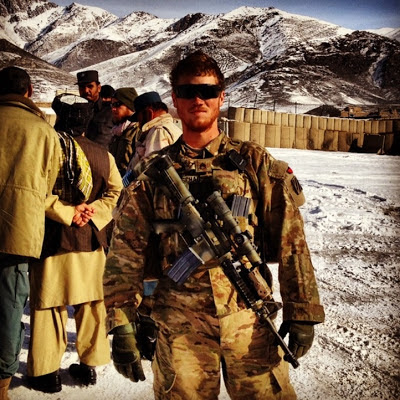 Ana Sabrina Carmona was talking to her fiance, U.S. Army Staff Sgt. Rex Schad, on March 10 when the soldier, who was deployed to Afghanistan, asked her to do him a favor.

"It was the first time it hit (Rex) that 'it could have been me,'" Rex's fiancee told The Unknown Soldiers.

Ana Sabrina met Rex through a mutual friend while they were both living in Savannah, Ga.

"We just talked for hours," she said about their first date in one of Savannah's historic squares. "We decided that we were going to be New Year's dates."

After celebrating the dawn of 2012 together, Rex and Ana Sabrina became inseparable. 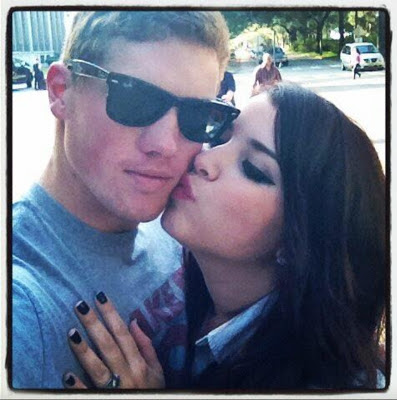 "It was this whirlwind romance," she said. "I'd never experienced being with a military man, and I didn't really know the risks."

Eleven months later, Rex told Ana Sabrina that he wanted to marry her just before leaving for Afghanistan. After subsequently mailing her a ring just in time for New Year's Eve, the deployed soldier and his bride-to-be started to plan their wedding.

First, Rex, who was on his second deployment to Afghanistan, knew he had an important job to do. Winter was coming to a close, which meant the Taliban's annual spring offensive was about to commence.

"As soon as the ice melts, it's going to get bad," the soldier told his fiancee in early March. 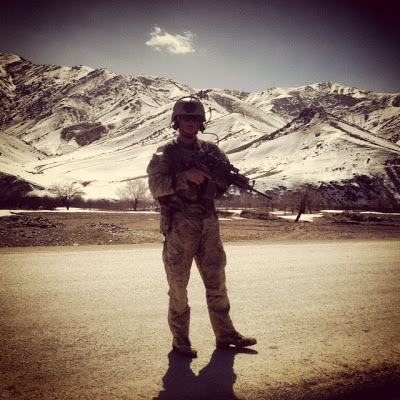 Ana Sabrina didn't know that Rex had already saved multiple lives on the battlefield. The Army squad leader was too humble to take credit for his accomplishments.

"Rex was a huge hero and he never even told us," Ana Sabrina said. "He was the ultimate military man ... he was a great soldier."

After Rex asked his fiancee to light a candle for Sgt. Aaron Wittman on March 10, Ana Sabrina, who lives in Atlanta, became nervous when he didn't call her the following morning.

"Sure enough, later that night, his mother called me and told me he was gone," Ana Sabrina said.

According to the Department of Defense, Staff Sgt. Rex Schad, 26, and a fellow soldier, Capt. Andrew Pedersen-Keel, 28, of South Miami, Fla., died March 11 in the Jalrez District of Afghanistan's Wardak Province when they were attacked by small arms fire. Multiple reports said the soldiers were killed when an attacker dressed as an Afghan police officer opened fire on U.S. troops.

A few days later, Ana Sabrina was in Edmond, Okla., where her fiance grew up, to attend Rex's funeral with his grieving family and friends.

"I was walking down an aisle, but it was not my wedding," she said. "It was to his casket."

Instead of reciting her vows at their wedding, Ana Sabrina, 23, read them aloud at Rex's memorial service. While the pain of losing her future husband remains excruciating and surreal, Ana Sabrina continues to take comfort in what she witnessed in Oklahoma.

"I could tell that he was so loved and it was amazing to be able to see that and experience it," she said. "I think that's a lot of what's gotten me through this ... the support of everyone and the love they had for Rex."

Rex, who was also survived by his mother, father and brother, left a lasting imprint on many, including the woman he was so excited to marry.

"I want to continue living for him," she said. "That said; I don't take things for granted anymore."

Each night, Ana Sabrina Carmona lights a candle for two fallen heroes who made the ultimate sacrifice in 2013: Sgt. Aaron Wittman and Staff Sgt. Rex Schad.

"It's crazy to me that I'm lighting two candles now," she said. "But that was Rex's request." 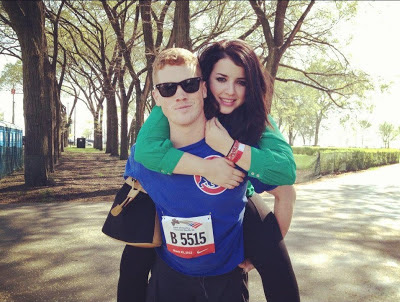