A Loss to Bear 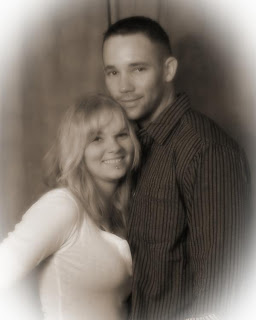 Upon learning that her husband had been killed in Afghanistan, Air Force Staff Sgt. Kim Pate needed to retrieve one treasured memento from her barracks in Kuwait before flying to Germany to meet her husband's flag-draped casket.

"The first thing I had to grab was a glow-in-the-dark Care Bear named Chisel," Staff Sgt. Pate told The Unknown Soldiers. "He's a wish bear — he glows in the dark, and he's supposed to protect me and keep me company whenever my husband's not there."

Kim, 26, is an explosive ordnance disposal (EOD) technician — just like her husband, Marine Gunnery Sgt. EJ Pate, who was 29 years old when he was killed. The pressure-packed job involves some of the most dangerous assignments in post-9/11 war zones, which are filled with deadly improvised explosive devices (IEDs) planted by terrorists.

Kim's heart was filled with anxiety after fellow troops informed her of EJ's tragic June 26 death in Afghanistan's volatile Helmand Province. Yet, arriving in Germany with Chisel, which got its name when Kim "chiseled away the ice and walls" from EJ's heart as they fell in love, brought an unexpected sense of relief to the grieving airman.

"Knowing I was with him on every step of the journey — the memorial in South Carolina, his last motorcycle ride, his burial at Arlington — it was a wonderful feeling," she explained. "I wish every (fallen hero's spouse) was lucky enough to be able to do that."

EJ and Kim married in the fall of 2006 after meeting about a year earlier. During their courtship and throughout their marriage, the airman was drawn to the Marine's ability to smile while doing a very tough job.

"He just had an infectious personality and was fun to be around, even if he was having a bad day," Kim said.

Kim, who was trained by EJ before her own overseas deployments, always kept in close contact with her husband as he faced danger during an incredible seven combat deployments.

"The other guys can tell their wives that everything's fine," she said. "But I know what he does."

Despite the risks, EJ loved his job, and even after losing her husband, Kim still loves hers. She attributes her positive outlook, even in the wake of incomprehensible tragedy, to EJ's undying optimism.

"He brought out the best in people and in any situation," Kim explained. "He made me a better person...a person that I will strive to continue to be for him."

The fellow Marines and EOD technicians who served with EJ feel the same way.

"Hearing the stories from other guys — he truly was one of the best," she said. "He was always ten steps ahead of whatever the problem was."

Despite their talent and expertise, the Pates knew that one or both of them could easily be killed on the battlefield. It's the nature of a job that only a handful of valiant Americans are capable of doing.

"It might be kind of an eerie feeling to know walking up on an IED that it was the last thing my husband did, and I could die doing the same thing," the brave airman said. "But I feel drawn over there. It's a hard thing to explain; we have a constant pull over there as it is, and it's kind of amplified now."

Before Kim goes to sleep at night in Kinston, N.C., she kisses her two stepchildren and looks at the wish bear that has accompanied her everywhere, including on her husband's final journey.

"No matter where I am, from Iraq to training sites, there's not a night I don't have him," she said.

While thinking back to their final conversation, Staff Sgt. Kim Pate said there will never be a night when the memory of Gunnery Sgt. EJ Pate isn't with her too.

"One of the last things I heard from him was that he was really tired and had a long day out," the Marine's widow said. "But he wanted me to know that he was thinking of me and carries me with him everywhere he goes."

"I never believed in soul mates until I met him," she concluded. "He was and will always be mine." 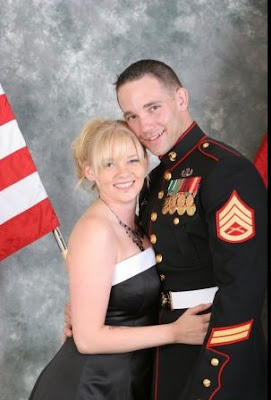