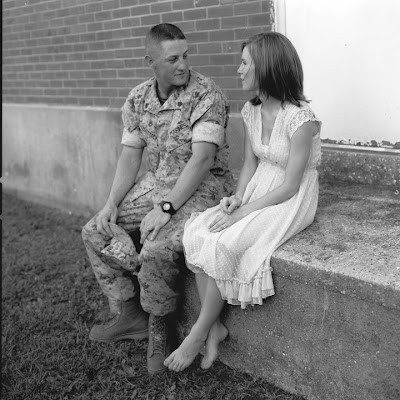 Lindsy met her best friend on the beach when she was a teenager who didn't know the true meaning of love. His name was Tony.

The fun-loving pair was inseparable during their high school years in Michigan, until a major change in one of their lives forced a candid re-evaluation of their relationship.

"Looking back, it was more than a best friendship, but we didn't realize it until we graduated and he was going to go away," Lindsy told The Unknown Soldiers. "He was headed to boot camp."

Lindsy married her best friend, Sgt. Tony Matteoni, on July 19, 2008, with almost no money and absolutely no furniture. Their first apartment was filled with lawn chairs, boxes of Ramen noodles, and the air mattress they spent their entire marriage sleeping on.

"I couldn't do things like that with anyone but Tony," Lindsy said. "(It's) one of the fondest memories of my life: spending time with him and not being distracted."

When Sgt. Matteoni was ordered to report to North Carolina's Camp Lejeune, it was understood that his first combat deployment was almost certainly on the horizon.

"I was scared — naturally, I think," Lindsy recalled. "But the good thing about having been best friends for such a long time is that we knew it was going to work."

The day before Tony deployed to Afghanistan with 2nd Battalion, 6th Marine Regiment, Lindsy, incredibly, found out she was expecting the couple's first child.

While at war, the Marine received ultrasound pictures and a DVD containing an audio track of their child's heartbeat. When he called home, Tony wanted only to discuss Lindsy and the bundle of joy they were expecting.

"He implied that he wasn't having a very good time (in Afghanistan), but he didn't want to dwell on it," Lindsy said, while also emphasizing that even while experiencing war, her husband never lost his sense of humor. "He'd call and want to joke around."

During a sleepless night in Afghanistan, Tony knew that half a world away, Lindsy was finding out if their baby was a boy or girl. After some coaxing from his fellow Marines, Tony woke up his first sergeant and asked to phone home.

It was a girl. Tony was floored.

It was Lindsy and Tony's last conversation. After wondering why she hadn't heard from her husband the next day for a more lengthy chat about their big news, military messengers arrived on Lindsy's doorstep.

"I saw the shadows of the Marines and their shapes," she painfully recounted. "I knew by the time I answered the door."

Sgt. Tony Matteoni, 22, was killed Oct. 1, 2010, in an accident that occurred while the Marine was supporting combat operations in Afghanistan's volatile Helmand Province.

As Michigan came together to honor the fallen Marine during solemn ceremonies in Union City, Kalamazoo, and Augusta, Lindsy thought about an emotional conversation she had with Tony before he left for Afghanistan.

"He picked me up and put me on his lap," she recalled. "He said 'Linds, don't worry if I die. Because if I die, I'll take your hand and we'll go to heaven together."

Inside a Michigan hospital at 2:04 a.m. on Feb. 24, Lindsy Matteoni, now a 22-year-old widow, met her new best friend. Her name is Avery Danielle.

"She is amazing, just like Tony," she said. "I wish he was here to see her. He would be so tickled that she looks just like him."

Sent down to Earth by her loving father, Avery is a permanent reminder of a Marine's ultimate sacrifice. When Lindsy and Tony meet again on the beaches of heaven, they will continue watching over a life they created during the pain of America's longest war. 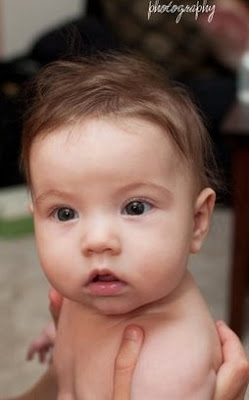