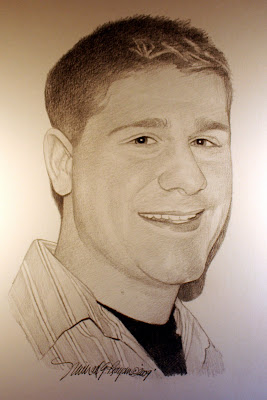 Kathleen Shannon thinks about her big brother every day.

She vividly remembers when, as a young child, she fell off her bike while riding down a steep hill near the family home in Guttenberg, Iowa. Kathleen landed face-first on the pavement, breaking her glasses and cutting her face.

As she lay on the ground sobbing, her oldest brother, future U.S. Army Cpl. Stephen Shannon, took her in his arms.

"Stephen ran down the hill, picked me up, and walked me home," Kathleen, now 23, told the Unknown Soldiers. "He put me on the couch, got an ice pack and tended to me until our mom got home."

While Stephen was a mischievous child who sometimes teased his siblings, he would lay his life down for them in a heartbeat.

"That's one of those memories I have of him really caring for me," Kathleen continued. "He never wanted me to get hurt."

As a 21-year-old American soldier deployed in Iraq, Cpl. Shannon still didn't want to see anyone — other than the enemy — get hurt. He joined the Army Reserve in a time of war to protect the lives of others and find more purpose in his own.

"It was a combination of patriotism and wanting to better himself," his sister explained. "Joining the military ... you learn discipline, responsibility, hard work, and leadership."

The soldier was raised by Daniel and Joan Shannon, who Kathleen calls "the Brad Pitt and Angelina Jolie of the Midwest." In addition to Stephen and Kathleen, they raised Molly, 20, and Patrick, 18, while adopting three children: Jack, 12, from South Korea; Mara, 6, from China; and Liam, 4, from Ethiopia. Like his parents, Stephen instantly connected with kids around the world.

"Children were drawn to him," Kathleen said. "He could easily make anyone laugh, even in serious situations."

Something else stood out to Kathleen as the siblings kept in close contact during Stephen's five months serving in Iraq with the Army's 396th Engineer Battalion. Half a world away from Iowa's golden fields, her brother was growing up.

"He realized that it wasn't all about him anymore," she explained. "He was with his comrades."

On Jan. 30, 2007, Cpl. Shannon drove over an improvised explosive device planted by terrorists in Ramadi, Iraq. According to Kathleen, shrapnel tore into her brother's leg, causing blood loss so massive that the military had to contact her parents.

Minutes later, Kathleen, who was on her way to an evening study group at Viterbo University in La Crosse, Wis., got a call from home.

"Kathleen, your brother has been in an explosion in Iraq," she vividly remembers her father saying.

Like the day she plunged from her bicycle as an innocent child, Kathleen was helpless.

"It felt like I had been punched in the gut," she said. "I fell to my knees and lost all strength in my legs."

As she desperately awaited more news, the devastated sister briefly fell asleep. It was in Kathleen's dreams that her big brother took her in his arms once again.

"He told me he was dead," she said. "In the dream I said, 'No, this can't be happening. This can't be real. I'll make a deal with the devil and bargain to keep you alive — I'll even trade places.'"

"No, it's not your time," Kathleen's brother replied in the dream. "You have to stay here — you have a long life to live."

When she woke up, Stephen was dead. Yet, even in the painful weeks, months, and years that followed, he still managed to pick up his little sister, again and again.

"You can be consumed by death and go to very dark places," she explained. "Your life can absolutely fall apart."

While her journey hasn't been easy, Kathleen, who is expecting her first child, believes that from above, Stephen is still guiding her out of life's steep valleys.

"It's made me a stronger human being, and I survived," she concluded. "I overcame death — his death."

Cpl. Stephen Shannon was willing to lay his life down for his siblings. As Americans who sleep under a blanket of freedom that this selfless soldier helped weave, we are his brothers and sisters too. 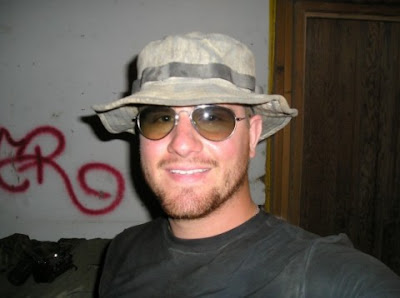