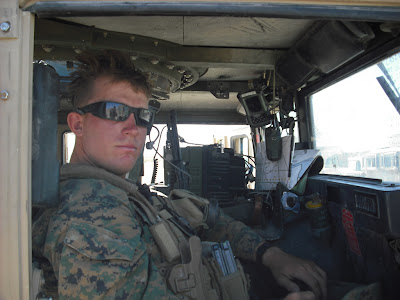 The definition of the word "mettle," according to the Merriam-Webster Dictionary, is "vigor and strength of spirit or temperament." Sgt. Dakota Meyer, the first living Marine to receive the Medal of Honor for heroism displayed in Afghanistan, certainly measures up to that definition.

I was nervous while waiting on the phone to speak with Sgt. Meyer, 23, one month before President Obama would place the nation's highest military honor around his neck. I had never spoken to a Medal of Honor recipient before, and wasn't quite sure what to say.

It was then that I heard the sound of cows. That's because this bona fide hero and national treasure recently completed his service in the Marines and went back to Kentucky to work in the family concrete business and help out on a farm.

Meyer doesn't like being called a hero, but I believe he is one. On September 8, 2009, the Marine dragged three fallen Marines and a Navy hospital corpsman out of a horrific firefight on Afghanistan's volatile eastern front. These are the names of those four men, who made the ultimate sacrifice for our freedom.

When I asked Meyer, who also saved 36 lives during the battle, what it meant to receive the Medal of Honor, his answer was simple and direct. He believes the award is for his fallen comrades, not him.

"It's all about them," the Marine said.

As I wrote in a piece for the USO, Meyer wears two bracelets with the engraved names of 1st Lt. Johnson, Staff Sgt. Kenefick, Gunnery Sgt. Johnson, and Petty Officer 3rd Class Layton. Every day, his wrists remind Meyer not only of his brothers in arms, but the loved ones they left behind.

"I talked to some of them the other day," said Meyer, who checks in as often as he can. "They’re doing alright."

To be candid, Meyer didn't have much more to say. The quiet Marine is the antithesis of self-absorbed; his humility is genuine and palpable. But when asked what his Medal of Honor from President Obama could mean to the country, the man who risked his life to save others and bring home the fallen spoke up.

"I hope to try to help people see how much the Marines help people," he said.

You have certainly done that, Sgt. Meyer. At this hour, the eyes of a grateful nation are on a man who showed the world his mettle under the most trying of circumstances. Thank you for your service and sacrifice, brave Marine. 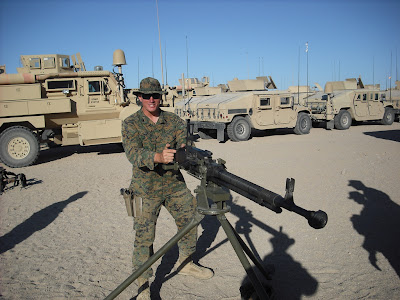