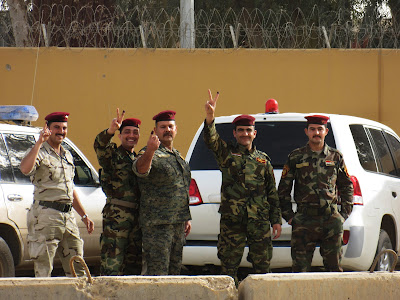 History is being made today in Iraq, where millions of citizens are voting in an election that will help choose a leader after U.S. forces leave the country. Thanks to the sacrifices of coalition troops, a country that was once terrorized by a murderous dictator is tasting freedom.

Sadly, insurgents have unleashed violent reprisals across the country this weekend. According to a Fox News report, mortar attacks killed at least 31 people across Iraq just as the polls opened. Once again, terrorists are proving they will target civilians in an effort to advance their crumbling ideology.

Over 4,300 American troops have died during Operation Iraqi Freedom, and the debate continues over whether the war was worth our precious blood and treasure. But regardless of how one feels about the conflict, the accomplishments of our men and women in uniform are clear and undeniable. They brilliantly performed a task many thought impossible during the darkest days of the war, and Iraq finally has a chance to be free.