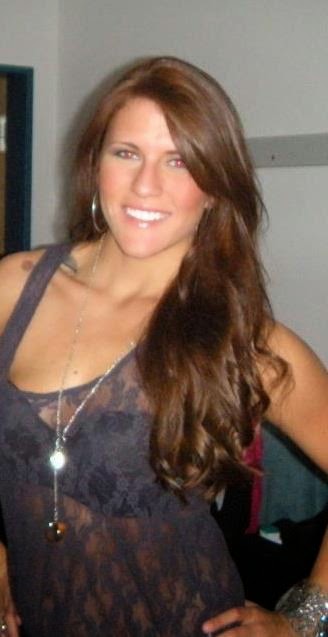 It took a long time for Margy Agar to say the word "suicide" after her daughter, U.S. Army Sgt. Kimberly Agar, took her own life. Today, spreading awareness is her greatest passion.

"My number one mission is for people to learn that (people) don't commit suicide," Margy told me. "They die from it."

While the grieving Texas mother still struggles with unanswered questions about how her "energetic" and "vivacious" daughter's life descended into hopelessness and tragedy, Margy traces Kimberly's death to Oct. 7, 2007: the day she was injured by an improvised explosive device in Iraq.

Sergeant Agar didn't tell her mom she had been hurt until she returned from the battlefield in December 2008. It would take another two years for Kimberly to reveal specific details about the attack.

"She called me from Germany and told me about the IED," Margy said. "I knew she was keeping it hidden."

Kimberly was never known for hiding her emotions while growing up in the Dallas-Fort Worth suburbs. In fact, her zest for life was almost always on display at frequent singing performances and beauty pageants.

"She started singing in her room when she was about 3," Kimberly's mother said. "She sang at nursing homes and assisted living facilities ... just celebrating her God-given talent with people who needed music in their lives."

There was one song Kimberly enjoyed singing most.

"She was very patriotic," Margy said. "Her favorite song was the National Anthem."

As she sang all around the Lone Star State, including at Texas Rangers games, Kimberly clung to three goals she had set for herself during childhood.

"To sing, to see the world and to serve," her mom said. 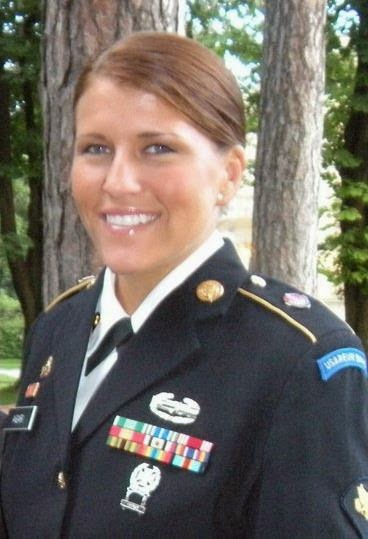 In October 2006, Kimberly surprised her mother by joining the Army.

"It came out of left field for me ... she never talked about it, ever," said Margy, who had watched her oldest son join the military a few months earlier. "I was devastated, basically, but at the same time, proud."

Without much time to adjust, Margy's daughter was suddenly part of the 2007 U.S. troop surge in Iraq.

"They were there for 15 months and they were constantly (dealing with) IED after IED and ambush after ambush," Kimberly's mother said.

Years later, Margy would learn that Kimberly — under the enormous stress of combat — had been cutting herself in Iraq. But when Kimberly came home from the deployment, Margy saw no significant warning signs of depression beyond some rowdy, alcohol-fueled behavior.

"I didn't see it at all as a way of coping," the soldier's mother said. "It surely could have been, but I also knew her. She was a very social person."

Kimberly was stationed in Germany as part of the U.S. Army Europe Band and Chorus on July 4, 2011. That's when Margy realized something was wrong.

"After the 4th it was like night and day," she said.

Two months and two days later, Margy said that her daughter — under the influence of alcohol and pills — slashed her wrists. During her 11-day hospital stay, Kimberly displayed more erratic behavior when she yelled at her mom during one of their last phone conversations.

"She never yelled at me," Margy said about Kimberly's usual demeanor.

Kimberly, 25, was scheduled to return from Germany that Christmas. Margy was busy planning a welcome home party when her phone rang on Oct. 3, 2011. Two soldiers were waiting at her door.

Margy, too panicked to drive, was taken home by police to receive the dreadful news of Kimberly's death.

"They told me," Margy said. "I screamed, collapsed and pounded the wall."

Margy's confusion, anger, and frustration were immediately channeled into sharing Kimberly's story, both inside and outside the military community.

"You die of sadness; you die from depression," she said. "That's what I'm trying to get out there."

"TBI is not a mental illness," Kimberly's mom said. "It's a physical wound."

Despite the way Sgt. Kimberly Agar's life ended, her mother will always be proud of her. After all, she had accomplished her three goals: singing, seeing the world and serving others.