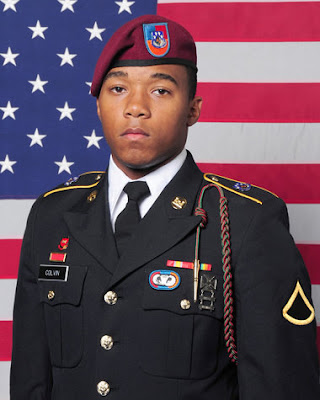 Image courtesy: U.S. Army
On July 3, 2012, Carla Chandler Colvin got a lengthy text message from her 21-year-old son, who was serving in Afghanistan.
"When your child is in Afghanistan, you don't shut your cell phone off," Carla told The Unknown Soldiers. "You just never know."
As he sacrificed as a soldier, U.S. Army Pfc. Julian Colvin made sure Carla knew how much he appreciated her many years of sacrifices as a mom.

"Remember those dark nights when I would hear you crying and I would climb into your bed?" Julian wrote. "I would tell you 'don't worry, Mom, everything is going to be all right.'"

Pfc. Colvin did not become a compassionate, selfless warrior by accident.

"I placed a lot of responsibility on (Julian) to prepare him for manhood," Carla said. "I was not necessarily the kind of parent that a teenager wanted."

After Julian's high school graduation, his mom rewarded him with a year off from work and school while living at her Birmingham, Ala., home. But at the conclusion of his yearlong holiday, Julian would have to present his mom with a comprehensive career plan.

"A lot of young people don't know what they want to do at 18," Carla said. "But (Julian) finally created his plan, and decided emphatically that he wanted to enlist in the U.S. Army."

After carefully discussing the decision with his mom, Julian started training to become a combat engineer.

"As a parent, hearing the term 'combat' on the title of your child will send you into fear," she said. "I knew immediately he would be deployed to Afghanistan." 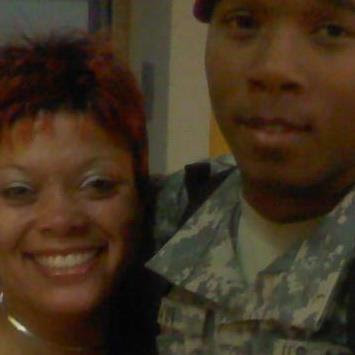 "He completed jump school and said, 'Mom, I got my wings and I'm dedicating my first set of wings to you,'" Carla said.

While his training's conclusion was jubilant, the 2011 holiday season, which fell just before Julian's first deployment, was somber. For three days, the paratrooper sat alone in the same room where he decided to enlist. Upon emerging, Julian said something that stunned his mother and several relatives.

"I'm going to Afghanistan, and I'm going to enjoy this time with you," he said. "Because the next time you see me, I might be in a wooden box."

Even though the soldier's words made Carla cry, she was also immeasurably proud.

"He was so fearless," she said. "He wanted us to be in the reality of what could happen."

Julian deployed to Afghanistan in February 2012. 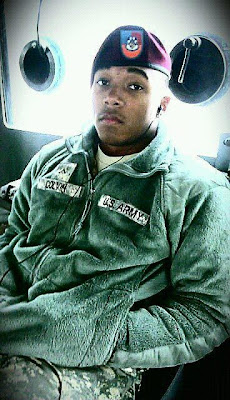 "Mom, it's more hostile than you can ever imagine," the soldier said that March.

When Julian later told his mom that a care package she sent was blown up by insurgents, Carla realized that her son's job centered on searching for improvised explosive devices. The risks were real, and on July 23, 2012, military messengers arrived at Carla's doorstep.

"That's when they delivered the most tragic, unthinkable news that a parent could receive," she said.

According to the Pentagon, Pfc. Julian Colvin and Staff Sgt. Richard Berry, 27, died in a July 22, 2012, roadside bomb attack in Kandahar, Afghanistan.

In the excruciating days that followed, Carla embraced Julian's flag-draped casket, wept at his funeral and accepted the condolences of President Obama and a U.S. Senator. While every moment was meaningful, nothing carried more weight than her final conversations with Julian.

"I want to let you know that everything you taught me has been so instrumental and helped me get through the rough times of this deployment," Julian told his mom.

Carla also marveled at Julian's concern for veterans who sometimes suffer from post-traumatic stress or struggle to find shelter or employment. Carla has since established A Soldier's Heart Foundation to address that very problem. By helping those in need, a grieving mother keeps her son's memory alive.

"I'm so tenacious and determined to make sure he's never forgotten," she said. "That keeps me going."

On the darkest nights, Carla Chandler Colvin still reads the text message that her son sent from halfway around the world. Even in death, Pfc. Julian Colvin still comforts the woman who helped him become an American hero.

"Don't worry, mom," he wrote. "Everything is going to be all right."