The Courage to Lead 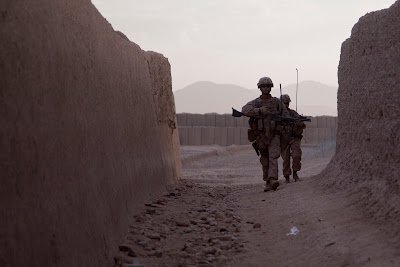 Paul Sears of Apache Junction, Ariz., lost his son, Marine Lance Cpl. Niall Coti-Sears, in Afghanistan on June 23. A late-night phone conversation I had with the grieving father is haunting in its resonance, as it offered a glimpse into how the war in Afghanistan continues to affect so many.

"It's been a complete blur," Sears said about the painful weeks since his son was killed. "To me, it just happened yesterday."

To many military families, Afghanistan is a war that dictates nearly every moment of their lives. But to many politicians, Afghanistan is a war of a bygone era, launched by a previous president after the attacks of Sept. 11, 2001. With thousands of brave Americans still serving, sacrificing, and suffering in Afghanistan, many of our nation's leaders and would-be leaders are often silent.

While some political strategists justify President Barack Obama, former Massachusetts Gov. Mitt Romney and other candidates declining to frequently address Afghanistan because the war is unpopular in current polls, I ask whether past leaders like Presidents John F. Kennedy or Ronald Reagan would have shied away from frank discussions about such a crucial issue.

I am not a historian or political scientist. But the thought of Kennedy or Reagan putting popularity ahead of patriotism is almost ridiculous.

Yes, anyone can scour the Internet and find quotes from Obama and Romney about Afghanistan. The president made honoring our troops a part of his acceptance speech at the Democratic National Convention in Charlotte, N.C., while his Republican challenger spoke about the military's heroism during a Sept. 11 speech in Reno, Nev.

But anyone paying even casual attention to the 2012 election cycle knows Afghanistan is mostly invisible on the campaign trail. Thousands of U.S. troops are fighting in mountains, deserts and remote forward-operating bases, yet their sacrifices are rarely highlighted by their next commander-in-chief.

Christy Meador of Columbia, S.C., lost her husband, Army National Guard Sgt. John David Meador II, on June 20 in Afghanistan when he was killed alongside two fellow soldiers. He died one week before their daughter's first birthday.

"There are so many people out there, even good friends of mine, saying, 'I can't believe he left you and that baby,' " Christy told "The Unknown Soldiers." "I say, 'You don't understand. It's something he wanted to do.' "

Some volunteer warriors return home with physical and emotional scars. Yet when I met wounded Army Staff Sgt. Travis Mills in May at the Walter Reed National Military Medical Center, the soldier expressed more concern for troops still in harm's way than sorrow over his devastating injuries. His unselfish attitude was remarkable, especially considering that Staff Sgt. Mills lost both his arms and legs in Afghanistan.

"He worries about (his fellow soldiers) constantly," the wounded warrior's wife, Kelsey Mills, said in May. "He makes me message them daily to make sure they're safe."

The stories of heroes like Lance Cpl. Niall Coti-Sears, Sgt. John David Meador II, and Staff Sgt. Travis Mills are being all but ignored during the 2012 presidential campaign, as is the war their brothers and sisters in arms still fight. Yes, there are other issues at home and abroad that also command our attention. But the most solemn duty of any president is the decision to send our military to war.

Last summer, I looked into the eyes of the 44th president during a solemn event and saw a man who cares deeply about the sacrifices of our troops. While I have never seen his election opponent up close, I have no doubt that he is also a man of compassion.

Despite being honorable men, both politicians, along with many Beltway insiders and pundits, lack the courage to make the war in Afghanistan part of our daily national consciousness. Therefore, it is up to us to challenge our national leaders to frequently remind Americans that our nation is still at war. 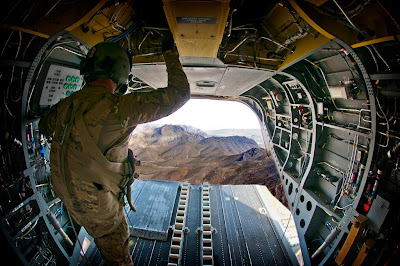